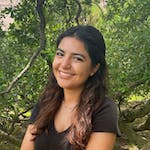 At the UN General Assembly, leaders finally woke up to the plight of the COVID-19 generation, but young people still wait for action. Youth-led groups came together to launch the Unlock Declaration, driving the change we need to ensure we have a viable future, free from crises we did not create. Leaders must catch up, or risk being left behind.

Young people live in a world in crisis, knowing that their future is uncertain and in danger. COVID-19 has stolen our access to education and for too many of us, meaningful jobs. We have to ask ourselves if these really are the best years of our lives. I find it hard to avoid fear of what the future holds.

As a college student who is about to graduate, I am scared of the current global financial crisis. My peers and I face a dilemma: unemployment, or working jobs that destroy our planet and misuse our skills. Each time there is a new emergency, world leaders invest in industries that harm our future. Perhaps it is no surprise that I spent my time at the recent UN General Assembly (UNGA) looking for signs of hope.

Green investment could create 24 million jobs by 2030, yet the G20 countries spent almost a quarter of a trillion dollars in fossil fuels to create jobs to “respond” to COVID-19. Young people want to be at the heart of the transition to net-zero carbon, not perpetrators of climate change.

If we are to change course and avoid the breakdown that UN Secretary-General António Guterres warned about, we can’t keep making the same mistakes. Too much is at peril. We need to preserve what is important and meaningful for future generations, so that they are not forgotten by the change that is going to happen in the next decade or so. This is why I and the other Next Generation Fellows opened our digital time capsule, something we call the Future Vault, to reflect on how much we still have to protect by each choosing one item to preserve for future generations.

Two other youth activists and I met with Swedish Prime Minister Stefan Löfven and Costa Rican President Carlos Alvarado Quesada shortly before their participation at the UN General Assembly. I was not surprised to learn that their hopes and dreams when they were young are similar to those of my generation. Mr. Löfven wanted to be a soccer player; Mr. Alvarado Quesada, a journalist. Both wanted jobs, education, and a safe world to live in — just like people my age.

“We have a pandemic going on. We have a serious climate issue that we need to take care of. We have inequalities in our world and we need to improve that, step up, and the best way of doing that is listening to young people,” the Prime Minister told us. In his address to the UN General Assembly, he reinforced this message by inviting decision-makers to put future generations at the center of the agenda. Sweden has already committed to contribute to the preparations of the Summit of the Future in 2023.

Mr. Alvarado Quesada is Costa Rica’s youngest president in a century. “The future is raising its voice,” the President told his fellow world leaders during his speech at the UN General Assembly. He asked them how they can justify spending trillions on weapons when most young people are still unvaccinated and we are told there is not enough money to pay for a green transition. He demanded that they give young people the tools they need to preserve our planet and protect humanity from destruction.

Others, too, are hearing the voice of the future. Intergenerational solidarity has been a theme during this year’s UNGA. Perhaps governments worry that they may fall victim to a rising tide of exasperation from young people at home. When education budgets should be boosted, too often they are being cut. COVID-19 forced 90% of students out of school and 10 million children are likely to never return. How can we not be angry?

And then there’s the climate, an emergency serious enough for the UN Secretary-General to declare a code red for humanity. The parallel between environmental and intergenerational justice is undeniable. What a disgrace that less than a month before the UK-hosted UN climate change summit in Glasgow, just one country — the Gambia — has made a commitment consistent with putting the world on track to limit global warming to 1.5oC above preindustrial levels!

So did I find any cause for hope? I was present at the Unlock the Future virtual event during UNGA as a dozen major international youth-led organizations launched the Unlock Declaration, committing to building a coalition with and for all young people and future generations. These organizations have almost half a billion members around the world. If governments can’t live up to their responsibilities, I am optimistic that others will ensure that the needs of the next generation and the ones that follow get to the very top of the international agenda. I stood in front of a worldwide audience at the Global Citizen Festival in Central Park and saw thousands of young people eager to send an important message: We are not part of the agenda, we are the agenda.

Pleased to learn more about the #OurFutureAgenda, a report produced by the @NxtGenFellows, today represented by Ms. Valeria Colunga.

I believe in the importance of youth participation, especially in shaping decisions that affect everyone’s future. #PresindencyOfHope #UNGA76 pic.twitter.com/LSMdEzKuqS

The Next Generation Fellows called for a New Deal for a new generation to transform education systems, create jobs that heal rather than destroy the planet, and empower young people as designers of a sustainable future. In our agenda for the future, we remind leaders that it is not our job to agree with them and ask them to stop holding back our challenge to the status quo. We demand action, and we will not be silenced. The future is not just raising its voice, it’s shouting. It is time for today’s leaders to catch up, or risk being left behind.

Valeria Colunga is a 20-year-old gender equality activist and a member of the UN Foundation Next Generation Fellows. Their Our Future Agenda proposals helped shape the UN Secretary-General’s landmark Our Common Agenda report on the future of global cooperation.