The Future Belongs to Educated Girls

The Future Belongs to Educated Girls 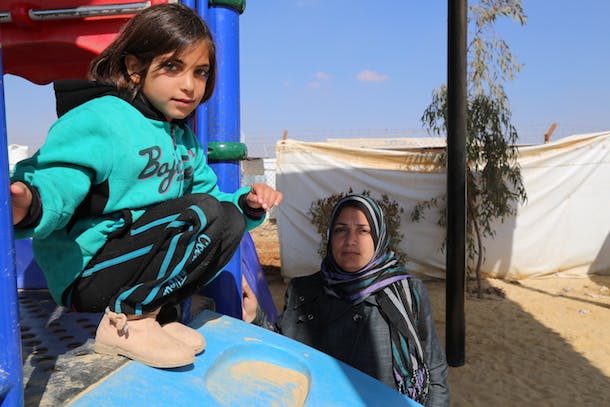 Editor’s Note: This post is part of the blog series, “Her Goals: Our Future,” which highlights the connections between girls and women and the Sustainable Development Goals.

March marks five years since the conflict in Syria began, the worst humanitarian crisis since World War II. Half of the population has been forced to flee their homes, with 6.6 million people displaced inside Syria and another 4.7 million refugees seeking safety and assistance in neighboring countries and Europe. Children are among the most vulnerable of all, bearing the brunt of the war. They are being bombed, facing starvation, and dying from preventable illnesses.

For those who manage to escape and find safety in neighboring countries, they can’t escape the psychological trauma. To ensure we don’t lose an entire generation to the effects of war, Save the Children is running schools, distributing healthy foods, and providing support to the war’s youngest survivors. Our team has collected stories of children in Lebanon, Jordan, and Egypt.

For some of these children, war is all they know.

One of the most compelling stories is that of Dana*, a 5-year-old Syrian child currently living in the Za’atari Refugee Camp in Jordan. Her brothers and sisters share what a wonderful place Syria was before the war and how they will return one day, but she doesn’t want to go back as she only remembers the bombs and violence. When Dana was only 3 years old, she was left alone in the house during a bombing in the middle of the night. Her father was able to rescue her, but her house was burned down and her family lost everything.

Dana is now in kindergarten at a school Save the Children runs in Jordan. She told our team that she likes learning the letters of the alphabet and playing on the slide with her friends. Dana wants to be a kindergarten teacher one day to help other children learn what she knows.

Dana’s mother, Um Rashid*, said, “The future belongs to girls who are educated.” She has seven children, five girls and two boys, between the ages of 3 and 16. The young mother wants to return to Syria one day and admits it is hard to hear Dana say that she never wants to go back to Syria because as refugees that is the only hope they cling to. Yet she is grateful that her children – especially her daughters – are being educated while they are safe in Jordan. She said, “What do they have without education?” Without education they get stuck in marriage at a young age.

I agree with Um Rashid that education is key to ensuring a brighter future for Syria. The conflict is complicated, and we must continue to put pressure on world leaders to help stop the fighting, but in the meantime, we owe it to the children to do our part today – individuals can visit SavetheChildren.org to learn more and donate so we can continue to help children survive and learn.

*Names have been changed for security reasons.

By Carolyn Miles, President and Chief Executive Officer of Save the Children