In Tanzania, the UN at Work

In Tanzania, the UN at Work 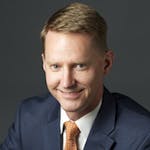 When I think of the United Nations, the first images in my mind are often the iconic UN headquarters building in New York, or news photos of heads of state speaking in the General Assembly Hall, or delegates listening intently to translations of speakers from other nations.

These images represent one of the most important functions of the UN – the only institution that brings together all nations to discuss the big issues, to negotiate solutions to shared challenges, to work together on a global scale. But the UN is so much more than that, as I was reminded in Tanzania recently. For many people, the UN is a very real, very present, and very important part of their lives on a daily basis.

I was in Tanzania with Nothing But Nets, helping to distribute anti-malaria bed nets to protect 68,000 refugees – mostly Congolese – who live in the Nyarugusu Refugee Camp, in the northwestern part of Tanzania near Lake Tanganyika. The nets were made possible by the support of tens of thousands of supporters who believe that no one should die as the result of a disease that can be prevented with a ten-dollar net. It was an uplifting experience, and one I will never forget. (Read about the experience as written by my colleague, Chris Helfrich.)

Arriving at Nyarugusu, it was immediately clear how well UNHCR – the UN Refugee Agency – runs the camp to provide families in extremely difficult situations with the best opportunities possible. The camp itself was open, spacious, and airy. Residents were quick with a word or gesture of greeting. Kids were eager to interact and have fun with visitors.

Our days in Nyarugusu deepened my first impressions. From the conversations with families, to the exchanges with patients in the health facilities, to the distribution of bed nets, I was uplifted by our experiences. I also saw the impact of the UN’s work in ways I would not have expected.

I learned that the standard for providing long-lasting insecticide treated bed nets is one net for every two people in a household. That standard is set by the World Health Organization, a UN agency, and is used by health and development professionals and organizations throughout malaria-endemic countries to protect people from the mosquito-borne disease.

As the nets were provided to the people of Nyarugusu, I was amazed by how well the distribution was organized. Following the WHO standard, 38,000 nets were required to protect everyone in the camp. Those 38,000 nets were distributed in one day! More impressively, as representatives of each household waited in line and checked in to receive their nets, everyone we saw was patient about the process, and many were even celebrating their new bed nets. “How could such a big operation go off so smoothly?” I wondered. The Tanzanian Red Cross and UNHCR partnered to provide volunteers from the camp and they used the same stations and system used to distribute food provided by another UN agency – the World Food Programme.

One girl we met, named Anne, proudly held a book about children’s rights. On one side, it was printed in English, on the other in Swahili. When she let me take a look at it, I found this great learning tool was printed and distributed by UNHCR.

I also learned that UNHCR does much more than manage refugee camps. The agency’s mandate includes working with countries that provide opportunities for resettlement of long-term refugees and supporting former refugees once they are repatriated to their home countries.

After Nyarugusu, I had the opportunity to visit a net manufacturing facility in Arusha, Tanzania – a major operation at the heart of the largest employer in the city – where 30 million long-lasting insecticide treated bed nets are produced annually. We toured the R+D center there, where nets are tested to ensure that after years of use and washing, their integrity remains intact and continue to emit enough insecticide to kill mosquitoes. In the lab, scientists simulate the wear of repeated washing, breed mosquitoes, and put those bugs in contact with the nets, to see if the nets still serve their purpose. If they find any problems, that information helps them develop better nets that will provide even better protection. From bowls of mosquito larvae to sucking the bugs up in a tube in order to trap them in a dish with a net sample – it was an impressive operation like nothing I had seen before. And as I learned about all the tests and the processes that go into them, I heard something interesting from the director: “Any lab like this that you visit in the world, you will see the same tests, because the standards are set by WHO.” Visiting a textile plant was the last place I expected to find the UN, but there it was again – the UN’s World Health Organization – this time helping scientists in a big business ensure that their products are keeping people healthy as they are intended to do.

That evening, I had the pleasure of connecting with a friend who recently moved to Tanzania. She works for an organization that helps kids who have left home and live on the streets, giving them a safe place to stay, educating them, and in many cases helping reunite them with their families. They also advocate for children’s rights. “How is the work funded?” I asked. The answer:  the primary funder is another UN agency – UNICEF, the UN Children’s Fund.

The convening power of the UN – the ability to bring together every country in the world to New York or Geneva to tackle the world’s toughest challenges – is one of its most important capabilities. But let’s keep in mind why it matters: because the goals and programs shaped by these global conversations make a concrete positive difference in the lives of families and children around the world. You can help by getting involved at nothingbutnets.net.