Standing Up for the UN

Standing Up for the UN 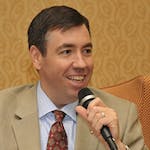 How far would you go to support the work of the United Nations? Each day peacekeepers, aid workers and medical personnel deliver food and aid and put themselves in harm’s way to fulfill the mission of the UN and deliver on its promise to provide a better and safer world. We talk about their important work often, but today let’s talk about you.

As a concerned and interested citizen of the world, someone who is passionate about the rights of people everywhere around the planet, what would you do to stand up for their health, their living conditions, and their economic opportunities?

Last week as I returned from the 40th Plenary Assembly of the World Federation of UN Associations – aka WFUNA – I was inspired by the ways global citizens around the world are supporting the work of the UN, and how that support is connected to UNA-USA members like you. UNA-USA has been a member and held leadership positions in this body for decades. WFUNA was started in 1946 as the global people’s movement for the UN. Today, it continues its important work of engaging citizens around the programs and impact of the UN, while representing a membership of over 100 national United Nations Associations and tens of thousands of their individual members. WFUNA focuses on four program areas: peace and security, human rights, sustainable development and global education.

I was humbled and delighted, surprised, and encouraged by the presentations of other UNAs and in conversations with their leaders. As one would suspect, the programs of European countries and well-established UNAs, such as the UK, Sweden, Russia, and China, are robust and engaging.

What was more striking was the work of UNAs in countries where economic or humanitarian struggles are vivid, such as South Africa, Brazil, Sudan, Tunisia, and Zimbabwe. These UNAs carry the work of the UN as a badge of honor with their citizens. Their programs both trumpet the UN’s success and call for action in their communities at the same time. I was inspired by the focus on youth (and yes, Model UN was VERY common among UNAs!), but also the range of programming, such as economic empowerment, MDGs, literacy, tolerance, sustainable development, Right to Protect, refugees, peacekeeping, health, and the rule of law to name a few.

In some instances my peers were quite frank that they pursued UNA events under the suspicious eye of their own government. One of my UNA colleagues (I will omit the specific name of the country in the hopes that this post won’t add to his struggle) was detained by his government, questioned and intimidated – even his family was threatened – while doing the work of the UNA.

Reading the shock on my face, he said to me what he said to his questioners: This work is too important. The voices of civil society must be heard. Our citizens care deeply about the UN. I am going to make sure people know how the UN is making a difference in our country. He was released four days later.

This is a true commitment to the citizen’s movement to support UN. What is your commitment to UNA-USA, your organization in the peoples’ movement for the UN? Take this moment to activate your membership, plan an event with your local chapter, call your congressman, or fundraise for a UN cause. The UN, and our fellow UNAs, need our solidarity.