There is hope in the climate change fight. It lies in young leaders like those you’ll read about below, stepping up and advancing climate action without waiting for permission or recognition. These are just a few stories from the UN Foundation’s Young Climate Advocates network, made up of over 850 young people in more than 100 countries.

Rather than give up in the face of compounding catastrophes, rising emissions, and insufficient climate action, young activists continue to put one foot in front of the other in the fight against climate change. For the six young climate advocates profiled here, sharing their stories is one more way they intend to spread hope for a sustainable future and inspire others to take action. 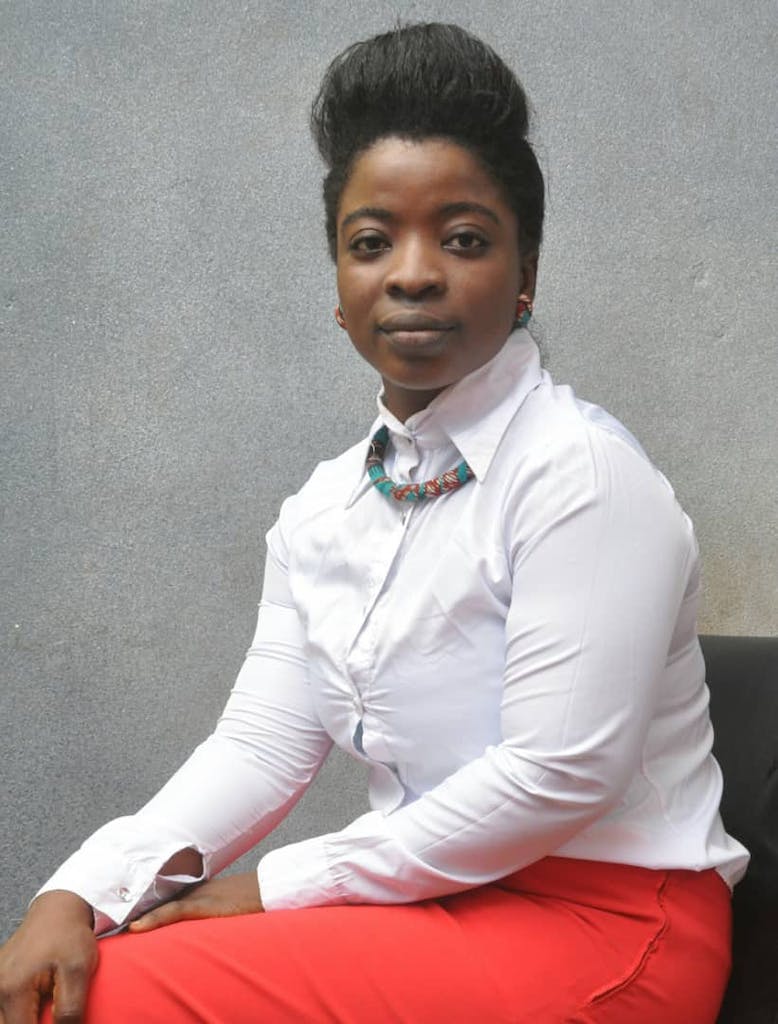 For eight years, Stephanie, 28, has worked to empower rural women in Cameroon by helping them find their place in climate decision-making platforms. And her track record is impressive: To date, she’s worked with over 5,440 women in Cameroon in more than 160 rural forest communities. In 2018, Stephanie personally mentored 10 young internally displaced women, providing them with capital to start their own small businesses and six months of support post-launch.

Working with the Pan African Center for Climate Policy and the organization Forest Resources and People, Stephanie leads a team of eight young volunteers around rural Cameroon teaching livelihood empowerment through beekeeping, agroforestry, and microenterprise development. But she says what really gives her joy is “when I see the women beginning to identify what they can do: 20% of women in the communities I work [with] have become involved in their local councils.”

As for next steps, Stephanie has expanded her work to children, visiting schools with her new “climate change manual” with accessible programming in mitigation and adaptation techniques for kids. “Climate change is intergenerational and there’s a need to empower young people so they can be climate ambassadors of the future. 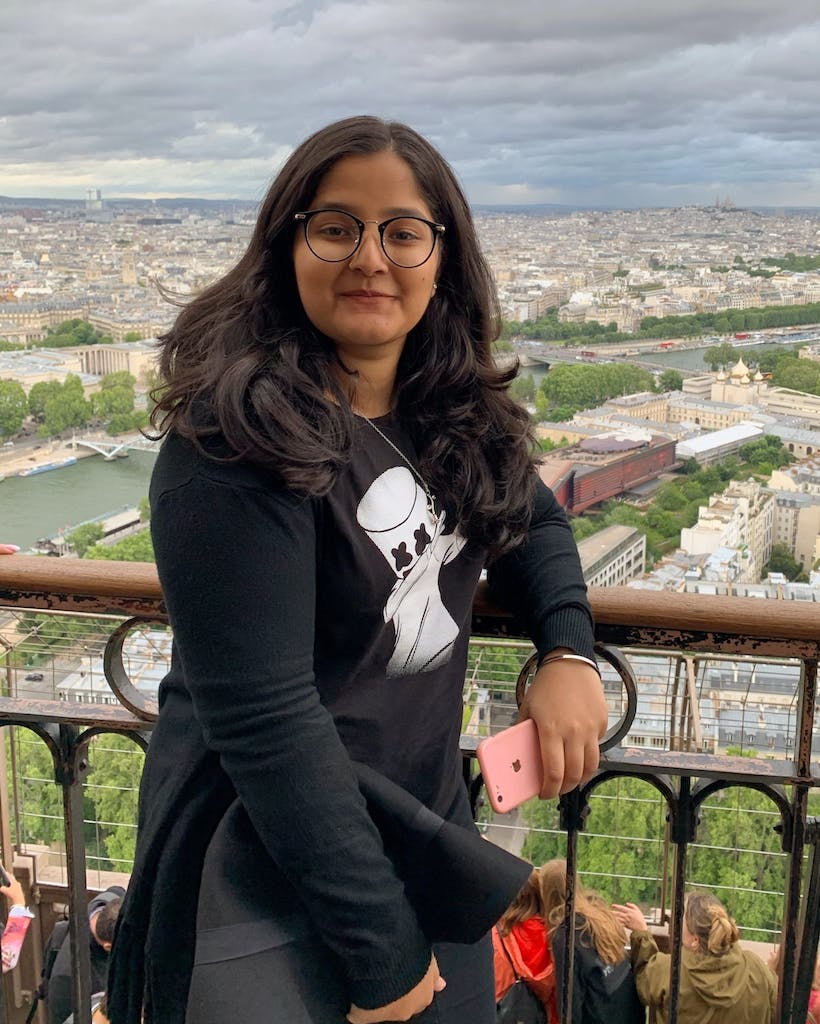 Sheen Tyagi helps other young girls find their voice while keeping climate change at the forefront of her activism. Photo: Sheen Tyagi

As a young girl in India, Sheen started working for change when she was 10 years old. “When I discovered that changes in my community were because of climate change, I was like…I have to do something about this.” That said, she finds the world of climate action anxiety-producing. “We don’t even know if we have a future. What will happen in 10 years if we don’t achieve the goals we set for 2030?”

Still, Sheen, now 16, doesn’t let these thoughts deter her from making a difference. “For me it’s about learning and raising awareness in my community,” she says. She organizes climate drives in her apartment complex, teaching others how to take steps to create positive change for the planet. “I focus on individual action because it allows people to improvise to best fit their situation. There are a lot of people in India who live hand to mouth and are focused more on surviving day to day.”

As a founding member and President of her local Girl Up chapter, Sheen helps other young girls find their voice while keeping climate change at the forefront of her activism. She currently runs an international “plant a tree, plant a future” campaign, promoting sustainable development in her community and beyond. Looking forward, Sheen hopes to work for the United Nations and serve as a leader in sustainable development. 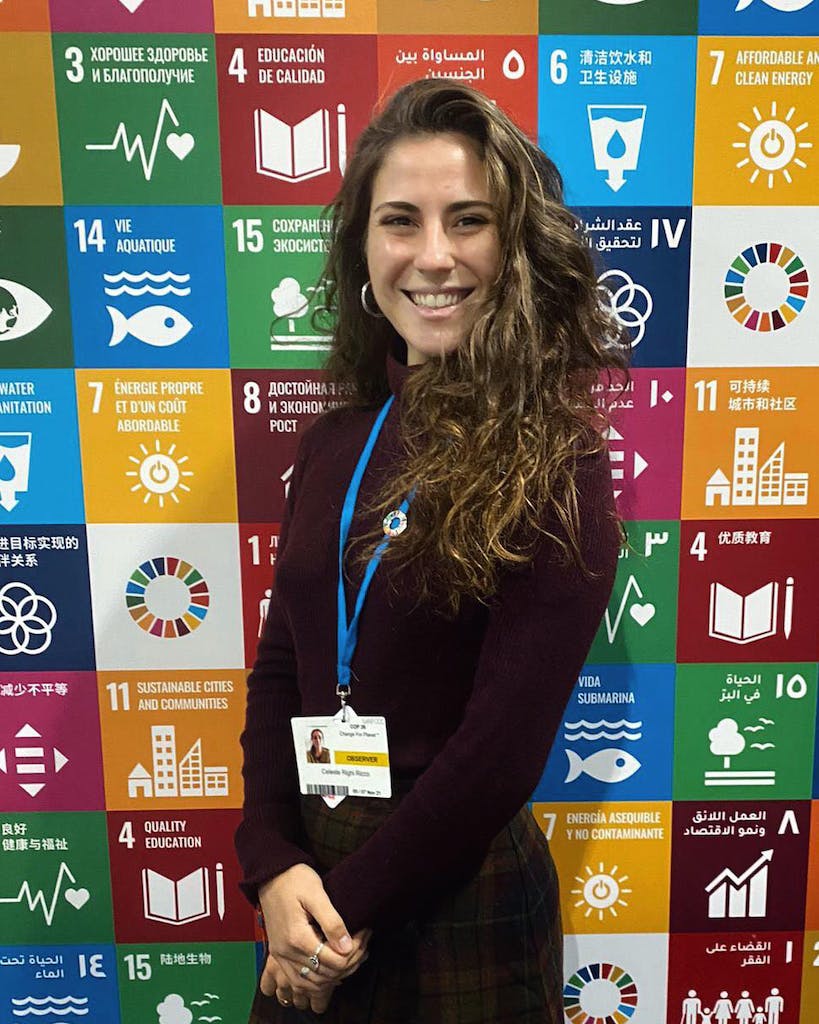 In a quest to amplify her positive impact as much as possible, Celeste says “I always try to be at all levels.” Professionally, she works in lands monitoring with the National Research Council of Italy. Personally, she’s all over the map. “At a political level I try to follow discussions and go to international conferences, at a professional level I work in science and technology, and at the ground level I work with people in local action and advocacy.”

Celeste, 27, co-founded two organizations in Italy, both environmentally focused but different in approach. Change for Planet partners with municipalities and other nongovernmental organizations to empower youth and local communities. “We’re trying to expand our concrete projects that truly involve people,” she says. “We started a community vegetable garden and did a day with local kids. They were so enthusiastic and all went home with very strong ideas about sustainable food.”

Her other organization, Pensare Globalmente Agire Localmente, works with local artists, designers, and philosophers. “We started doing live exhibitions to inform the public in an informal way about climate change and environmental issues. I translate scientific topics so we can communicate them through different methods,” Celeste says.

“Climate action is so important, and working at all levels enables me to guide myself and others more comprehensively. If we apply enough pressure — there’s hope in that.” 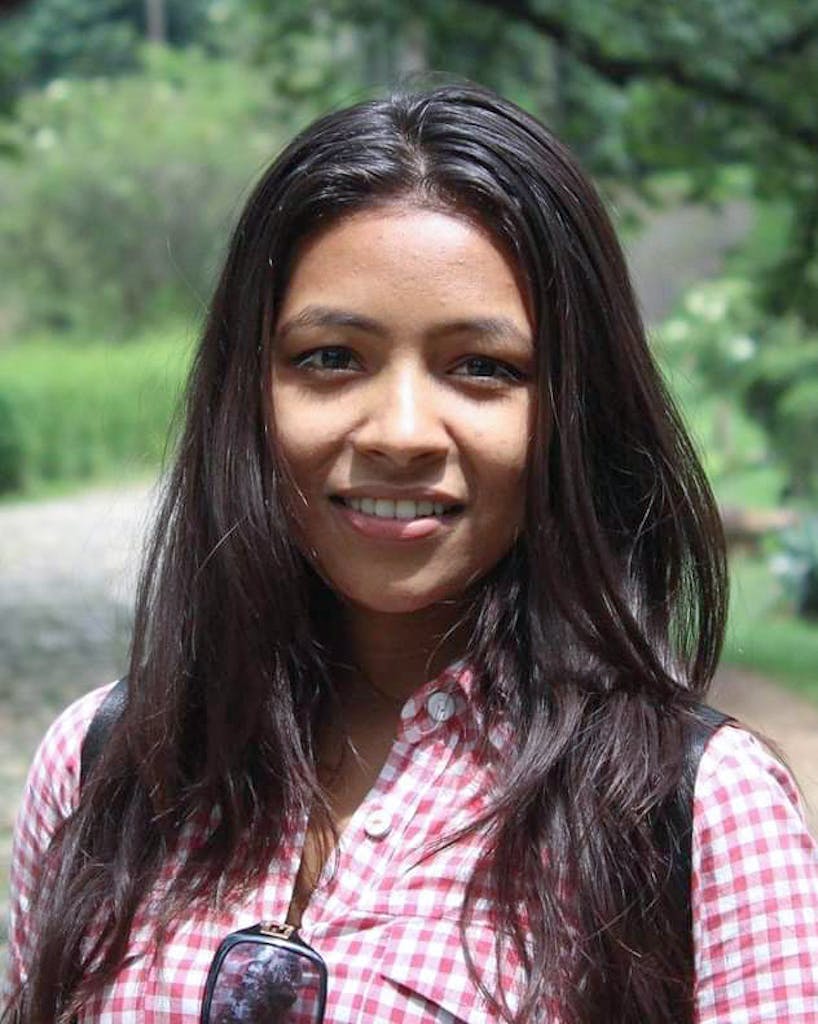 “Staying positive is difficult when you’re engaged in this work,” says Mönica, a young professional and activist leader in the climate change fight. “There are so many emotions that come with it.”

Mönica, 24, is the President of Climate Nepal, the country chapter of Climate International. Her group is in the midst of a yearslong battle against the development of the proposed Nijgadh International Airport, which would necessitate clear cutting 2.4 million trees in Nijgadh Forest, a greenbelt spanning the Indian border and abutting Parsa National Park. “There’s a lot of biodiversity and regionally native plants there but the government is still trying to destroy it,” she says. “We would protest every Friday on roads, in front of WWF, in front of the Katmandu Forest Department. People would call us ‘development destroyers.’”

Mönica says that the pushback from her community is challenging. “Sometimes I’m so frustrated and overwhelmed. We’re working to bring positive change, and when people don’t understand that it’s demotivating. ” But she hasn’t given up, in fact, expanding her activism to join Thought for Food in 2020, where she helps organize capacity-building projects for Nepalese youth to work in sustainable food systems and local farmers to move toward organic and sustainable farming.

In January 2022, Mönica started working with the United Nations Children’s Fund (UNICEF) as a Climate Change Consultant. “I’m very fortunate that I got a job working for the environment,” she says. “There are a lot of youth who want to work in this field but can’t. I hope in the future there are more job opportunities and support for this field.” 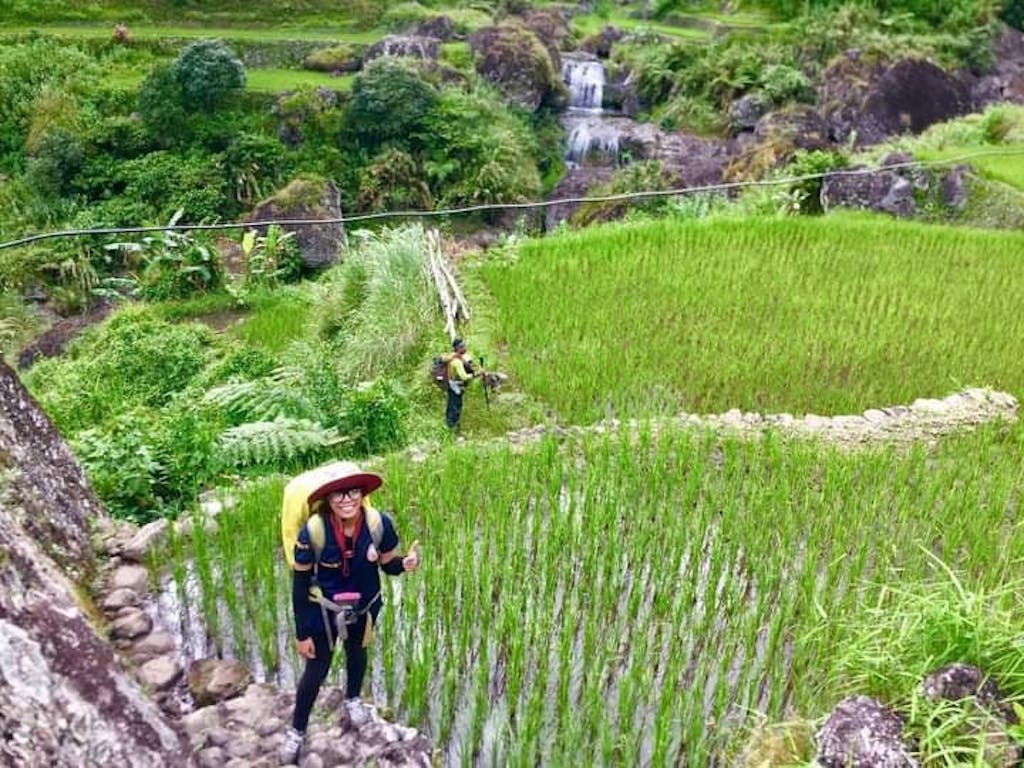 Driven by her personal experience with climate disaster, Sheena Orihuela campaigns for climate action through the lens of faith for young people. Photo: Sheena Orihuela

“I remember when we had to move to our second floor because of flooding,” says Sheena. “That wasn’t even part of a major storm, just another day in the Philippines.”

Her proximity to climate disaster has made Sheena a dedicated climate activist. “Some of my friends have lost their livelihoods and loved ones because of typhoons, especially Haiyan in 2013. Almost 6,000 people died and 2,000 people are still missing. We have to do whatever we can to keep moving and survive climate change.”

Professionally, Sheena, now 27, works at the nonprofit Living Laudato Si, partnering with faith-based organizations to emphasize climate action as a moral issue, combat fossil fuel financing, and encouraging the shift from coal-fired power plants. “The faith aspect has a big role in influencing constituencies, especially government officials, since the Philippines is a predominantly Catholic place,” she noted. “It’s a moral obligation and our responsibility to care for our common home.” In her personal life, Sheena started Youth Strike for Climate Philippines and helped plan her local Conference of Youth ahead of the UN Climate Change Conference (COP26) in November in Glasgow, Scotland.

“As youth we deserve to be vocal about our future. We already experience the brunt of climate change and our future is at stake. That’s why I do what I do. Because we have great ideas to share and so much passion for the future we want.” Sheena says that what gives her hope is her fellow young activists standing up and taking action. “It makes me feel less alone. We have one another to rely on.” 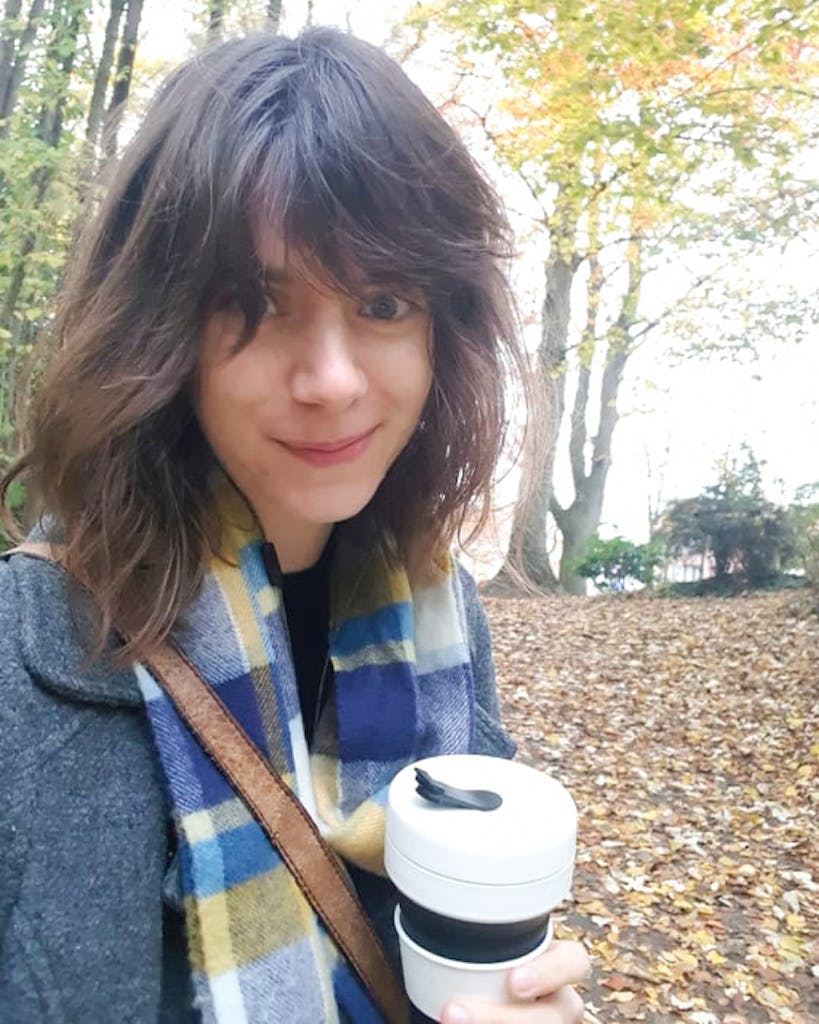 Cass Hebron runs a newsletter that communicates her optimism, fear, and advice to audiences looking for clarity amid the climate crisis. Photo: Cass Hebron

“I’m passionate about using words to get people to do good things,” says Cass, 24, a climate communications freelancer who just reached 1,000 subscribers to her newsletter, The Green Fix. “I started out the newsletter trying to be super-professional. But as I got more stressed and eco-anxious it started to show in my work. And then people started messaging me saying, ‘This is how I feel and I’m so glad I’m not the only one.’” In her work, she tries to acknowledge how people feel about the emotionally charged issue of climate change, while still breaking down important events like COP26. “You can’t separate the personal and the professional with climate change. We have to acknowledge it as an emotional issue or we’re going to keep coming up against psychological barriers to climate action.”

Like many young people, Cass’ eco-anxiety soon led to feelings of nihilism about the state of the planet. “I was like wow. My job is to live-tweet the end of the world.” But rather than give in to apathy, she decided to find happiness in the smaller successes and focus on making change closer to home, living more sustainably and encouraging others in her circles to do the same.

And she no longer feels like she’s the only one talking about the climate crisis. “As a student I was known as ‘the climate person’ — it was niche. Now only a few years later I’m at Glasgow with 130,000 other people protesting climate change. It’s not niche anymore.” She finds hope in the work of other young climate advocates and continues to unapologetically straight-talk her optimism, fear, and advice to audiences looking for clarity amid the climate crisis.

Young climate advocates give hope to one another, as well as to the larger climate action effort. They infuse international campaigns with seemingly inexhaustible passion and show up every day as leaders, educators, and scientists to consistently remind us that the climate crisis puts our future at stake.

If you would like to connect with any of the leaders profiled above, please reach out to devindomeyer@gmail.com. Now is the time to strengthen networks and scale solutions.