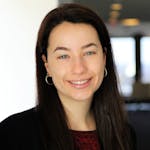 Deadly diseases that can be prevented with a simple vaccine still threaten millions of people around the world — especially children. Every child deserves a shot at a healthy life. We have the tools to stop these diseases, and through collective global efforts, we’ve been able to save millions of lives. But right now, our progress against vaccine-preventable diseases like measles is in danger.

Recently, the World Health Organization (WHO) released new data showing a rise in measles cases globally, including in the United States. Millions of children don’t get the vaccines they need — many because they live in poverty or conflict and don’t have access. And some because their parents are reluctant to vaccinate because of misinformation.

Now more than ever, we must remind everyone, everywhere that #VaccinesWork.

Below are 10 key facts about immunization — and why it’s so important:

1. Vaccines save up to 3 million children a year from deadly diseases. At the same time, one in five children — 19 million worldwide — lack access to the lifesaving vaccines they need to stay healthy.

While the cost of childhood vaccines has fallen to an all-time low, thanks in part to the efforts of UNICEF and partners in shaping the vaccine market to accelerate immunization coverage, there is still more work that needs to be done to close the gap in access.

2. Since 2000, the measles vaccine has saved more than 21 million lives around the world. That same year, the U.S. eliminated measles thanks to national vaccine outreach.

Unfortunately, a lack of access to vaccines, collapses in health infrastructure due to conflict and instability, and a growing hesitation to vaccinate has led to a sharp increase in reported measles outbreaks in the Americas in recent years — from 12 cases in 2016 to 16,689 in 2018, according to WHO.

3. Thanks to vaccination efforts, the number of polio cases have dropped from 350,000 a year to just 33 cases last year.

This progress is thanks to a poliovirus vaccine delivered through widespread immunization campaigns — an achievement made possible through collaborative efforts between global organizations, national governments, humanitarian agencies, and frontline health workers. But continued support will be critical to reach polio elimination in the countries where it remains, all of which suffer from conflict and instability.

4. Rotavirus is the most common cause of severe and often fatal diarrhea among children — and can easily be prevented with a vaccine.

To date, more than 90 countries have introduced rotavirus vaccines as part of their national immunization programs. Gavi, the Vaccine Alliance — a global health partnership that works to increase access to vaccines — is supporting the introduction of rotavirus vaccines in many of the world’s poorest countries.

5. A clinical trial is currently underway for a new universal influenza vaccine, which would eliminate the need to update the flu vaccine from year to year and increase protection from emerging flu strains.

6. All licensed vaccines have been rigorously tested in clinical trials, and are constantly monitored for quality once they reach the market. Most, if any, reactions to vaccines are short-term and involve only minor irritation.

Yet as many as one-fourth to nearly half of all vaccines are wasted each year as a result of breakdowns in the cold chain, according to WHO. To tackle this challenge, humanitarian agencies like UNICEF and its partners are harnessing technology like solar power, mobile communication, and telemetrics to make sure vaccines reach those in need without losing their potency from exposure to extreme heat or cold.

7. Vaccines are considered a “best buy” in global health. Every $1 invested in immunizations yields $44 in economic and social benefits, according to UNICEF.

The United States is a leading supporter of global immunization programs, which account for less than 1% of the U.S. federal budget.

8. Vaccines will play a crucial role in achieving the Sustainable Development Goals (SDGs), a global agenda adopted by 193 countries in 2015 to create a better world that leaves no one behind. This includes eradicating poverty (SDG 1), solving global hunger (SDG 2), and improving good health and well-being (SDG 3).

Vaccines can stop childhood malnutrition by preventing diseases from robbing the body of nutrients. Research has also shown that immunized children grow up to be healthier, more productive adults.

9. Right now, WHO is testing a new vaccine to protect against malaria, one of the planet’s oldest and deadliest diseases, which kills about 435,000 people each year, the majority of whom are children living in malaria-prone countries in sub-Saharan Africa.

10. Vaccines will be vital in curbing antimicrobial resistance (AMR), a grave and growing threat to global public health. Immunizations can halt the development of new resistant strains of bacteria, as well as prevent the spread of diseases that require antibiotics to combat in the first place.

The Shot@Life Campaign is proud to support the United Nations in the achievement of the SDGs as we work to ensure that every child has access to lifesaving immunizations. Learn more about our efforts at shotatlife.org/

Q&#038;A with Dr. Peter Hotez: A Vaccine Scientist and the Father of an Autistic Daughter Speaks Out

5 Things to Watch at the World Health Assembly

Reluctance to Vaccinate Named a Top Global Health Threat in 2019