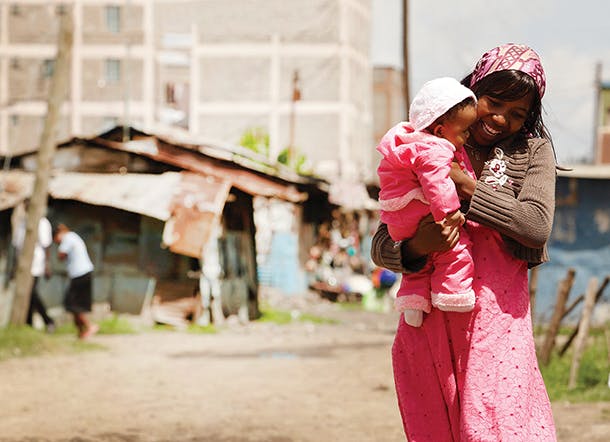 Photo credit: The ONE Campaign

By Emily Huie, Policy Officer for Inclusive Growth at The ONE Campaign

Editor’s Note: This post is part of the blog series, “Her Goals: Our Future,” which highlights the connections between girls and women and the Sustainable Development Goals.

Did you know that poverty is sexist? It’s true. Women and girls around the world are hit worst and hardest by poverty, and women and girls living in poverty have a much harder path in life compared with both men and boys in their communities and with their female counterparts in the developed world. They face challenges to their progress in every area of their lives.

For example, a woman in Niger has a 1 in 20 chance of dying in childbirth in her lifetime, while a woman in Norway has only a 1 in 11,500. Ninety nine percent of all maternal deaths occur in the developing world! While we’ve nearly reached gender parity in primary school enrolment, we know that the gender gap widens again when it comes to secondary enrolment and completion rates. The percentage of working women who are in vulnerable employment is three times higher in least developed countries (LDCs) than in non-LDCs. And when women are participating in the workforce, globally they earn 10-30% less than their male colleagues.

These statistics are shocking, and it is unacceptable that in 2016 women around the world continue to have limited access to education, health care, and the opportunity to improve their lot in life. However, the news isn’t entirely bleak. While we know that poverty and gender inequality go hand in hand, we also know that investments targeted toward girls and women pay dividends and lift everyone out of poverty more quickly.

The McKinsey Global Institute recently released a study where they calculated that if women played an identical role in labor markets as men, an additional $28 trillion, or 26 percent, could be added to global annual GDP by 2025. Ensuring that all students in low-income countries, including girls, leave school with basic reading skills could cut extreme poverty globally by as much as 12 percent. By providing female farmers around the world with the same access to productive resources as their male counterparts, agricultural yields could increase by 20-30% and raise economic output by 2.5-4%, AND reduce the number of people who go hungry by between 100-150 million people.

Last year, governments came together at the United Nations and agreed upon a new set of Sustainable Development Goals (SDGs), which placed women and girls at the heart of the world’s development agenda. While goal 5 explicitly calls for gender equality, all of the goals have gender equality components to them, and treating women equally to men will be essential to meeting these ambitious goals. Agreeing to the SDGs was the first step; this year leaders must start making good on those promises and putting real money and actions behind them.

On International Women’s Day and in the weeks following, ONE has been looking at the issue of gender equality and poverty through our Poverty is Sexist campaign. We believe that we all bear some responsibility for the state of the world and making it a better place for EVERYONE. That is why, in our report, we included a list of 10 asks directed toward governments, civil society, and the international community. 2016 can’t be “business as usual;” it must be the year that we all step up and do our part in empowering women and girls and ending extreme poverty.