Polio Has Lifelong Effects. Meet the Women in DRC Who Are Fighting Back.

Polio Has Lifelong Effects. Meet the Women in DRC Who Are Fighting Back. 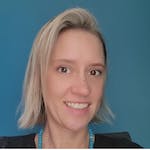 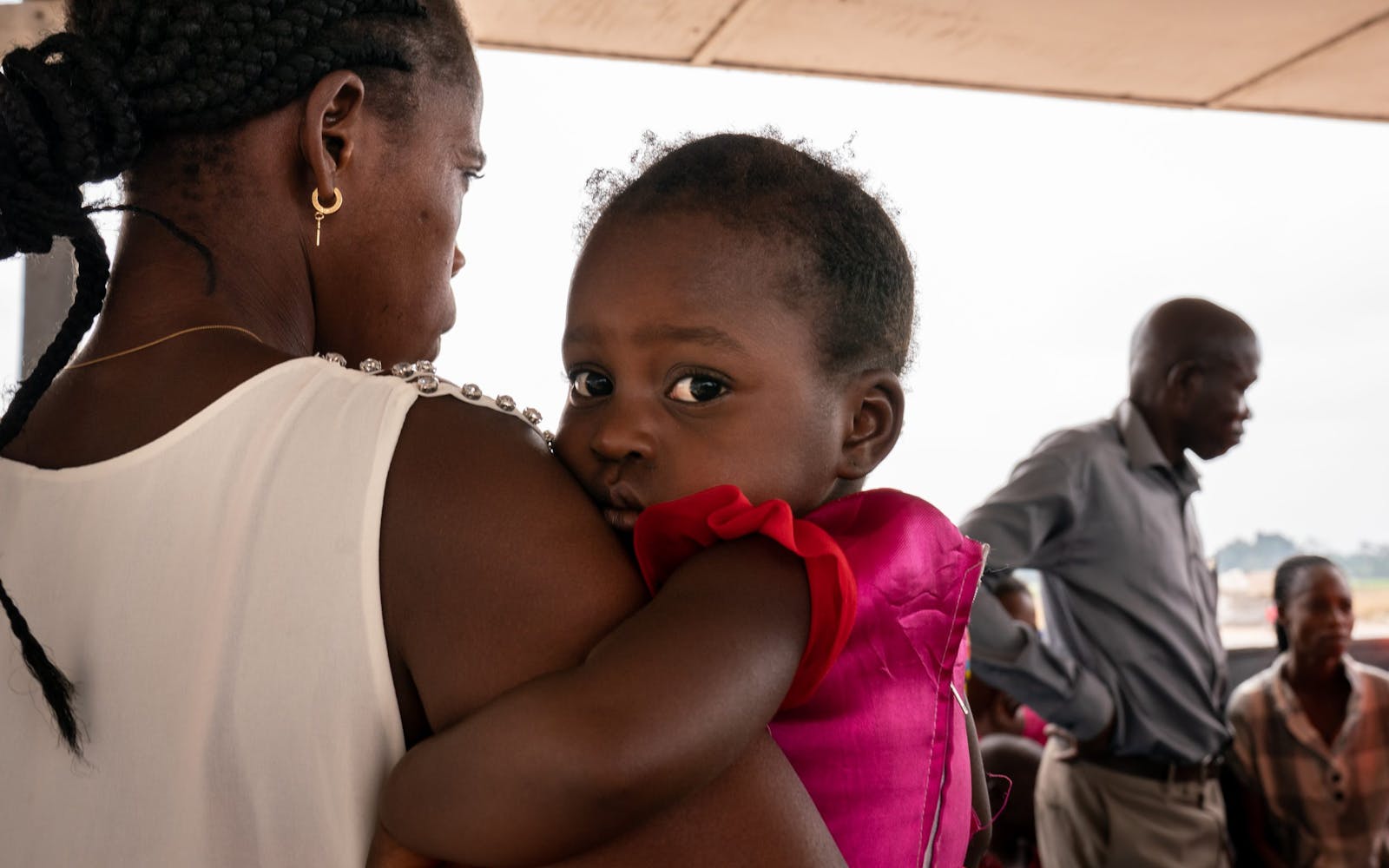 Josephine Bakanyaka Adjangwa, 38, and her daughter wait to be vaccinated in Kinshasa, Democratic Republic of the Congo. Photo: Diana Zeyneb Alhindawi/United Nations Foundation

Polio is a disease that is easy to vaccinate against but difficult to treat. It has affected the livelihoods of more than 4,000 people in the Democratic Republic of Congo (DRC) in the past several decades. Congolese polio survivors on the front lines of their fight with the disease shared their stories with UN Foundation staff.

When polio vaccines first arrived in the DRC in 1980, many Congolese citizens were unable to receive vaccinations due to internal conflict, misinformation, or poor infrastructure. Polio inevitably spread through communities, leading to paralysis and lifelong disabilities. Forty years later, polio survivors continue to grapple with lifelong disabilities and have heartbreaking stories about the difficulty of growing up in a country with limited amenities to facilitate their basic needs.

Despite these setbacks, several polio survivors found refuge in the Congolese Association for the Liberation and Development of Handicapped Mothers, or ACOLDEMHA, whose goal is to empower and educate people living with disabilities in DRC. Read their stories.

Stephanie Toko is a polio survivor who has been living with the effects of the disease for more than four decades. Now 45 and living in Kinshasa, she contracted polio when she was 3 years old while playing with her cousin, who was suffering from the disease. With treatments, she retained function in one leg, but the other one is paralyzed. Like many children in the DRC, Stephanie came from a large family with limited resources, and she was unable to finish her schooling. But at 15, Stephanie was introduced to the ACOLDEMHA and, with the association’s help, completed secondary school and received her diploma. With the education and training she received through ACOLDEMHA, Stephanie gained essential trade skills that help her earn an income and survive in a world that often presents more roadblocks than opportunities for those with disabilities. 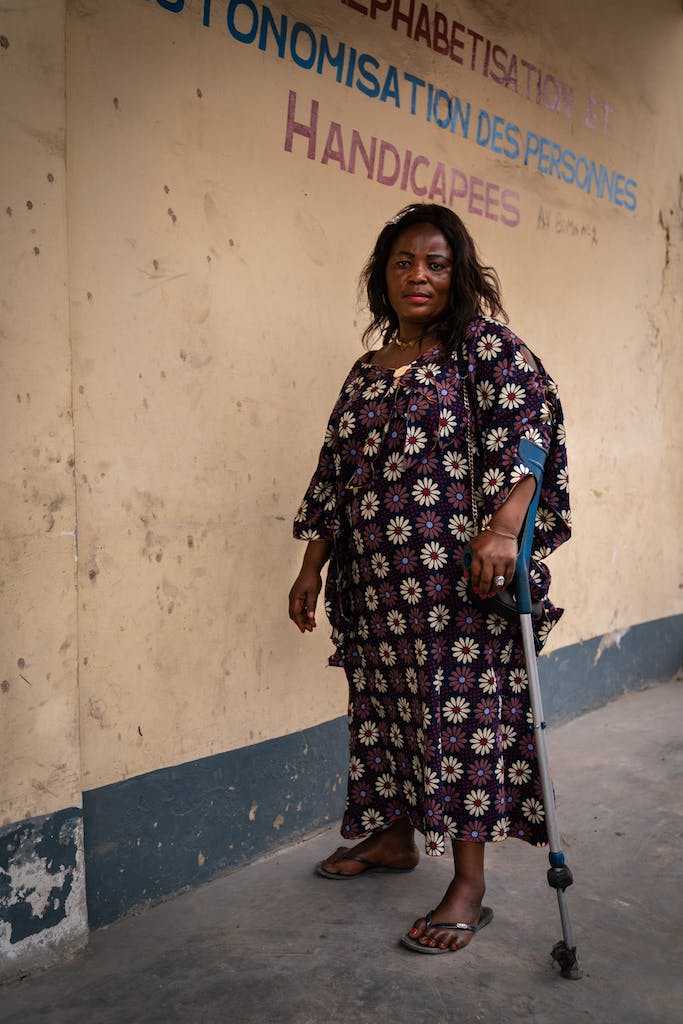 Stephanie Toko, a polio survivor, outside the office of the Congolese Association for the Liberation and the Development of Handicapped Mothers (ACOLDEMHA), where she is on the staff. Photo: Diana Zeyneb Alhindawi/United Nations Foundation

Rose Ndombe contracted polio at a young age during a 1978 outbreak. She was lucky to have parents who supported her schooling up to university, and today she works at the DRC’s Ministry of Interior, Security and Customary Affairs. While she uses a bicycle to get around, she has never let her handicap restrict her. The facilities she frequents, though, don’t always accommodate her disability, making her polio paralysis a daily reality that can’t be ignored. Rose’s story is just one example of how polio patients have to navigate additional difficulties to move through the world comfortably.

Annie Ngoie Cimone, known as Madame President at ACOLDEMHA, never contracted polio, but she, too, has been burdened by a disability since being struck by a truck while waiting for the school bus when she was 12. Her experience has taught her that despite their incredible resilience, people with disabilities are often seen as useless and unworthy. Often, they are even denied education because their families lack funds or do not support educating a child who they believe will never be a productive member of society.

Annie didn’t let her own disability overcome her will to survive. In the face of adversity, she graduated from university, started a family, and founded ACOLDEMHA to provide hope to others living with disabilities. The association acts as a hub for members to learn new skills and become prepared for job opportunities. Since its founding in 1995, the organization has received international awards for its work in socioeconomic integration, advocacy, and vocational training.

Today, it raises awareness, creates inclusive education, and promotes access for individuals with disabilities by defending their interests and fundamental rights and by creating an environment of social inclusion and equal opportunities for all. Through the help of Annie and the association staff, hundreds of members have received literacy, sewing, shoemaking, hairdressing, technology, and entrepreneurship training.

Paralysis is one of polio’s most debilitating conditions, and without proper resources, it can mean the difference between life or death in many developing economies. Thanks to the polio vaccine, more than 20 million people are walking today who otherwise would have been paralyzed. 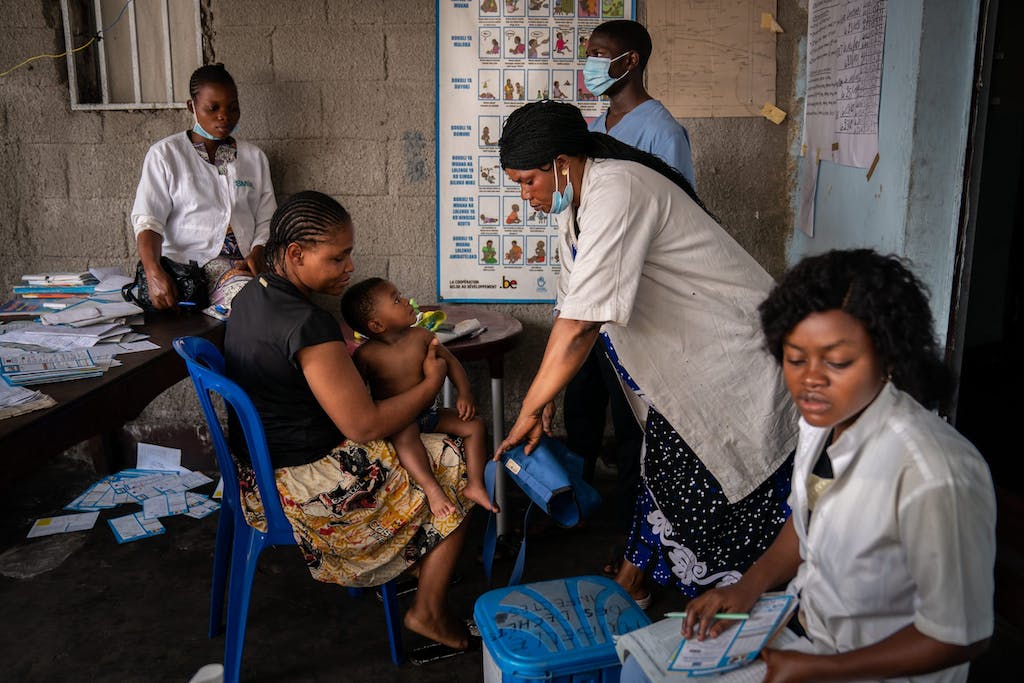 Eradicating polio is possible. Just this week, the global community came together at the World Health Summit in Berlin to reaffirm the global commitment to eradication. At the Summit, world leaders pledged $2.6 billion toward the $4.8 billion goal to implement the 2022-2026 polio eradication strategy and to achieve a world where no child is paralyzed by polio again.