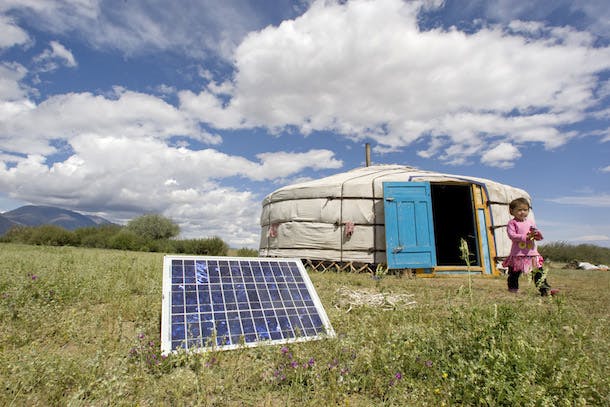 World leaders should see this year’s negotiations on development and climate change as integral parts of a single strategy “to ensure that we leave our children a sustainable and prosperous world,” John Podesta told international ministers at the United Nations on May 20.

Podesta, one of the key architects of the Obama Administration’s climate and development policies, recently left the White House, where he was Counselor to President Barack Obama. Previously the U.S. representative on the UN Secretary-General’s High-Level Panel on the Post-2015 Agenda, he also served as White House Chief of Staff for President Bill Clinton.

“Over the past several years, I have had the privilege to work closely on both the Sustainable Development Goals and climate negotiations in different roles, and I can tell you with absolute conviction that the thirst for real progress on these issues is global, and it is profound,” he said.

Podesta spoke to a Global Energy Ministerial session at the UN General Assembly as part of the second annual Sustainable Energy for All Forum in New York.

“Development and climate change do not just intersect here and there,” he said. “They are deeply integrated, and, ultimately, ending poverty cannot be solved without tackling the climate crisis, and the climate crisis will never be addressed unless we meet the development needs of the people who, ironically, have contributed least to the problem.

“The Sustainable Energy for All initiative embodies this integrated vision, bringing together a drive for energy access for the poor with deployment of more clean energy and efficiency.”

Noting the importance of this year, which includes UN-led negotiations on financing for development, the Sustainable Development Goals, and climate change, Podesta said, “It is the next seven months that will ultimately determine success or failure.” He added: “If we succeed, as I believe we must, we can lay the foundation for ending poverty and building a sustainable future for generations.”

Click here to read the full text of his remarks.