People Need to Know the Ocean is in Trouble

People Need to Know the Ocean is in Trouble 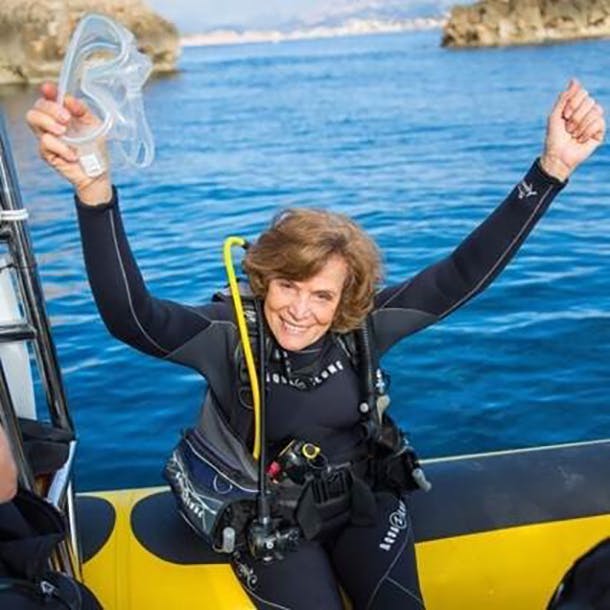 My first encounter with the ocean was on the Jersey Shore when I was 3 years old and I got knocked over by a wave. It wasn’t frightening; it was more exhilarating than anything else. Life in the ocean captured my imagination and has held it ever since. When my family moved to Florida and the Gulf of Mexico became my backyard, I spent hours just searching through the giant piles of seaweed that washed ashore, picking up tiny crabs and releasing them back into the sea. The Gulf Coast was a vast wilderness.

I experienced my first breath underwater as a young scientist scuba diving in 1953, and I marveled at the clarity of the ocean and the wealth and diversity of life during trips to the Florida Keys. Pink conchs plowed trails though seagrass meadows, and schools of colorful fish crowded the branches of elkhorn and staghorn corals. Long, bristly antennae marked the presence of lobsters under ledges and crevices, and elegantly striped and irrepressibly curious Nassau grouper followed me on most dives and likely would have continued onto the beach but for the limitations of fins and gills.

Six decades later, I note the difference. Globally, about half of the coral reefs that existed when I was a child are gone or are in a state of serious decline. The waters of the reefs where I made some of my earliest dives are not nearly so clear as they are in my recollections. The great forests of branching corals are largely gone. The pink conchs and Nassau grouper are mostly memories – the remaining few are protected in U.S. waters because of their
rarity.

With care, there is a chance that these and many other species may recover, but some losses are irrecoverable. I missed meeting, for instance, one of Florida’s most charismatic animals, the Caribbean monk seal, a playful St. Bernard-sized creature that once lolled on beaches throughout the region, sometimes ranging as far north as Galveston, Texas. The last one was sighted in 1952. The species is now officially listed as extinct.

I have personally witnessed a time of unprecedented discovery – and unprecedented loss. Half a century ago, it seemed the ocean was too vast, too resilient to be affected by our actions. Now we know: Coral reefs, kelp forests, coastal marshes, numerous kinds of fish, and other ocean wildlife have declined sharply in the latter half of the 20th century owing to pressures we have applied.

Dead zones have appeared. Oxygen-producing plankton is declining. Seawater is warming and acidifying from our carbon dioxide emissions. The ocean is in trouble – and that means we are in trouble, too.

Many people today are unaware of the transformations the Gulf and so many other wild places have gone through. People need to know. You can’t care if you don’t know, and most people simply don’t know. This World Oceans Day, I urge you to explore the ocean for yourself and to use your talents, whatever they are, to make a difference for the natural world that sustains us.

National Geographic Society Explorer-in-Residence and UNEP Champion of the Earth Dr. Sylvia Earle, called a Living Legend by the Library of Congress, first Hero for the Planet by Time Magazine and 2014 Woman of the Year by Glamour, is an oceanographer, explorer, author and lecturer who has led over 100 expeditions and logged over 7,000 hours underwater. Dr. Earle is founder of the Sylvia Earle Alliance / Mission Blue, a TED Prize winner and the subject of the Emmy® Award Winning Netflix documentary, Mission Blue.