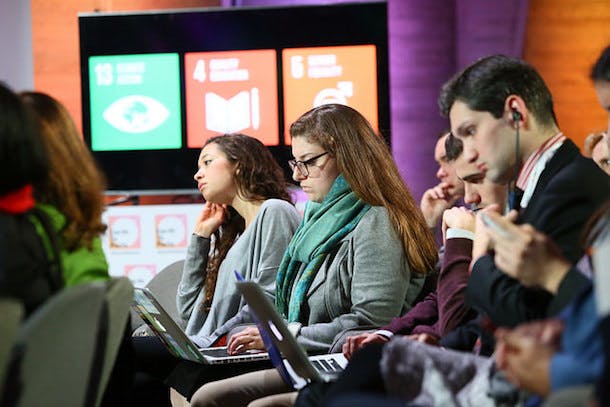 In this weekly series, we share some of the stories we’re following from around the world on issues relevant to international affairs, the United Nations, and global change. This is part of our effort to raise awareness of the global challenges – and solutions – shaping our world.

And looking ahead, UN Secretary-General Ban Ki-moon will join leaders to address urgent global challenges at two big events: an event in Geneva on supporting Syrian refugees and the Nuclear Security Summit in Washington, D.C. from March 31-April 1.

Here are this week’s stories:

“The world’s poorest pay largest percentage of income for water, study says,” by Ann M. Simmons, LA Times: In this article, Simmons details the main findings of a recently published WaterAid report, which reminds us why Global Goal 6 is Clean Water and Sanitation.

“Pakistan explosion leaves many dead at Lahore park,” by BBC: The BBC reports on the tragic bombing of a park in Lahore, Pakistan on Sunday, which killed at least 69 people. You can also read the Secretary-General’s statement on the bombing here.

“Former Bosnian Serb leader Karadzic convicted of genocide, sentenced to 40 years,” by Associated Press, The Chicago Tribune: The Associated Press details the sentencing of Radovan Karadzic for his role in atrocities in Bosnia in the 1990s that left thousands dead.

“Clean energy is now winning the race against fossil fuels — but the planet is still losing,” by Chris Mooney, The Washington Post: Citing a recently published UN Environment Programme Report, Mooney details how developing countries overtook the West in renewables investments in 2015.

“8 ways to meaningfully support social justice movements,” by Savonne Anderson, Mashable: Anderson gives ideas on how to get involved in a social movement.