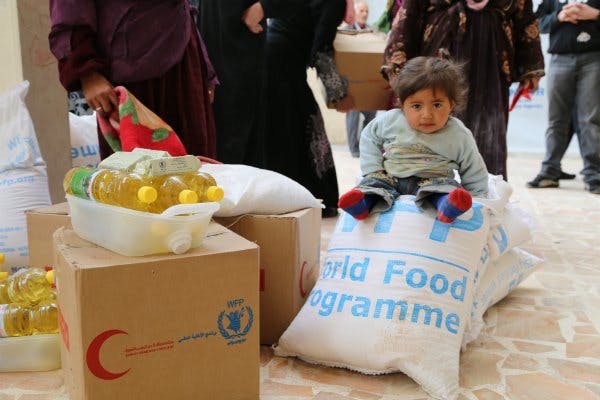 March 15, 2016 marks the fifth year of the conflict in Syria, which has left more than 13 million people in need of humanitarian assistance. Around the world, approximately 60 million people have been forced to flee their homes because of conflict, violence, and other emergencies. The United Nations and humanitarian organizations are working to respond to the needs of vulnerable families who have had to leave their homes behind, but these organizations need our support.

Today, needs are outpacing the response, so I hope you will take a moment to learn more about the world’s humanitarian crises. These news articles are a reminder that behind the staggering numbers are real people.

“Surviving One of the Deadliest Routes to Europe: Refugees at Sea,” by Vice News. Vice joined Médecins Sans Frontières (MSF) to learn about the dangerous journey many refugees take across the Mediterranean Sea, which they show in this video.

“A quarter of a million Syrian children living under siege: charity,” AFP: In this piece, AFP reports on the children affected by the Syrian conflict according to a recent Save the Children report.

“Where the Soldiers are Scarier than the Crocodiles,” by Nicholas Kristof, The New York Times: In this sobering piece, Kristof discusses the ongoing humanitarian crisis in South Sudan.

“Despite improvements, Burundi refugees still at risk,” by Andrew Green, Devex: Green reminds readers of another ongoing refugee crisis in which more than 250,000 people have been displaced.