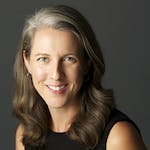 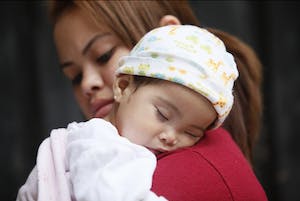 There are approximately 400 million Spanish speakers worldwide, with 360 million in Latin America and the Caribbean.

At least 125 million of the region’s residents do not have access to health services and 80 million people in the region still live in poverty. It is estimated that 90% of maternal mortality and half of child deaths under age 5 in Latin American and the Caribbean could be prevented using knowledge already available in these countries.

Many of the simple health interventions proven to reduce maternal and child deaths begin within the household. Mothers need and deserve information to keep themselves and their babies healthy.

There is an important opportunity to put this information directly in mothers’ hands: As of 2011, Latin America was the world’s third largest mobile market by volume according to a report from GSMA, an organization which represents mobile operators. Given their widespread use, mobile phones are an important tool to connect mothers to health information.

This is where the Mobile Alliance for Maternal Action (MAMA) can help. MAMA provides vital health information through mobile phone messages for pregnant and new mothers. Through a community-led initiative MAMA’s core messages have been translated into Spanish.

The first translation of the MAMA messages was completed by MAMI (Mamas Más Involuncradas), a Colombian non-governmental organization. The growing demand for these messages prompted MAMA to work with Baby Center to develop a more generic, adaptable set of messages for widespread use. Since then, the messages have been downloaded by 27 programs in 14 countries across the region.

Our goal is to continue collaborating with partners in Latin America and the Caribbean to get mothers the information that can help them and their children live healthy.