Right in time for UN Day this Thursday, October 24th, the UN Foundation’s sister organization the Better World Campaign just released its latest poll of U.S. voters, and the results couldn’t be clearer:

Americans overwhelmingly support the UN’s work — including destroying Syria’s chemical weapons and providing humanitarian aid to refugees — and believe we should pay our dues to the UN on time and in full.

In fact, a whopping 88 percent of Americans believe it’s important for the U.S. to maintain an active role in the United Nations. Plus, the UN’s favorability rating rose 10 points from this time last year to 60 percent. To put that in perspective, only 22 percent of voters rated Congress favorably. 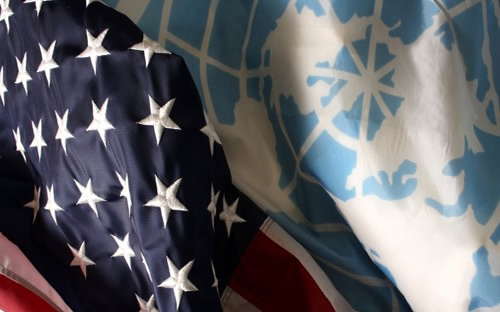 These numbers show that even amid the government shutdown and the just-in-the-nick-of-time debt ceiling deal, Americans recognize this year’s enormously productive UN General Assembly meeting, and they continue to value our leadership on the world’s stage.

Here are a few more highlights of the poll released today by the Better World Campaign:

This new evidence of how strongly Americans support the UN’s lifesaving work around the world couldn’t have come at a better time.

Not only is UN Day this Thursday, October 24, but Congress – fresh off the government shutdown and debt ceiling deal – is getting ready to take up the debate over U.S. funding yet again. We need to make sure our commitments to the UN and other international affairs priorities are protected.

So spread the word that Americans are standing with the UN by sharing this on Twitter today.