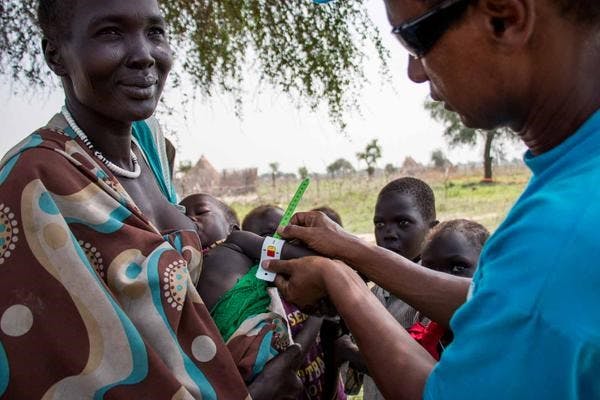 The world’s newest nation, South Sudan, last week marked its four-year anniversary in a state of extreme conflict. Thousands of civilians have been killed and an estimated 2 million have fled since fighting broke out in December 2013.

But no matter how grave the situation, the United States and the United Nations continue their commitment to seeing South Sudan stable.

Their support would bolster the UN’s life-saving humanitarian assistance, just a sampling of which includes:

1. Peacekeeping: The UN’s Mission in South Sudan (UNMISS) currently has 12,000 UN Peacekeepers and a country team with 22 agencies, funds, and programs that are working together to protect civilians and provide humanitarian assistance to the most vulnerable. The Secretary-General’s unprecedented decision to open the UN compound bases, which is now housing 150,000 civilians, has saved thousands of lives.

2. UN Office for the Coordination of Humanitarian Affairs: UN OCHA has set up the Common Humanitarian Fund for South Sudan. From December 2013 through 2014, CHF provided nearly $63 million for 7 UN agencies, 40 international NGOs, and 11 national NGOs with funding for their operations.

3. UNICEF: In February 2015, UNICEF released a report stating that the conflict is causing a shortage in supplies and cutting off access of humanitarian aid to the people in need. The fighting has led to blockades preventing UNICEF workers from getting where they needed to go. However, UNICEF helped to provide approximately 100,000 children with therapeutic treatment in 2014 and aims to help 137,000 children in the same capacity in 2015. Roughly 200,000 mothers and their children are currently participating in UN-sponsored feeding programs. 37 UNICEF missions have helped 600,000 people, including 142,000 children by reunifying families, providing basic health care and education, and delivering essential supplies and water.

4. UN High Commission on Refugees in South Sudan: UNHCR has a plan to help 110,000 internally displaced people by December 2015 and also provide 25,000 returning refugees with aid to re-establish their lives in South Sudan. In addition, UNHCR is providing life-saving assistance to 730,000 refugees in neighboring countries.

· Create groundwork for delivery systems in order to increase flow of supplies;

· Reduce violence in order to improve state security; and

· Improve access to justice and efficacy of rule of law.

6. World Food Program: Program workers are on the group delivering food to people who are looking for shelter. In 2015, WFP has set a goal to reach 3 million people with their efforts. In preparation for the rainy season, WFP has prepositioned food before half the country becomes inaccessible due to heavy rains.

7. World Health Organization in South Sudan: After the recent cholera outbreak, which was announced on June 23, WHO started administering oral cholera vaccines. Further, 700,000 children have received the polio vaccine.