Last week we celebrated United Nations Day, a day that marks the anniversary of the entry into force in 1945 of the UN Charter. It was also a day to reflect on the UN’s invaluable contribution to peace and common progress and to assess what we have accomplished and where we are headed. 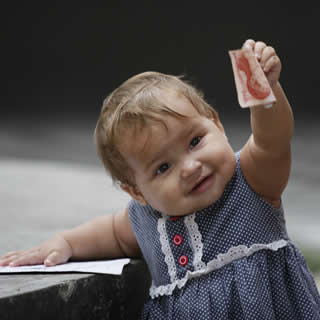 What has been accomplished?

Since 2000, we have seen unprecedented progress in reducing poverty. In addition, maternal mortality and child mortality rates have almost been halved since 1990. This progress has been spurred by economic growth, policy shifts, and the global commitment to the Millennium Development Goals (MDGs), eight goals established by the UN and world leaders in 2000 to alleviate extreme poverty, preventable deaths, and other global challenges.

Where are we headed?

With less than 800 until the target date of 2015 to achieve the MDGs, now is the time to strengthen our development efforts while also preparing for what comes next, which is commonly referred to as the “post-2015 development agenda.” Mobile technologies offer significant promise to advance sustainable development now and in the future. As UN Secretary-General Ban Ki-moon recently remarked, our world is more connected than ever before. The number of mobile phone subscriptions has risen from fewer than 1 billion to more than 6 billion, and four out of five new connections occur in the developing world.

The Mobile Alliance for Maternal Action (MAMA) focuses on MDGs 4 and 5 (which aim to reduce child and maternal deaths, respectively), utilizing mobile technology to improve the health of pregnant women, babies, and young children. However, we recognize that the challenges of the development agenda, both now and post-2015, are interconnected, interdependent, and demand holistic and integrated solutions. We believe mobile technology can be leveraged to synergize a variety of development efforts such as finance, agriculture, women’s empowerment, and health services including: maternal, child, and newborn health; family planning; HIV/AIDS; tuberculosis; pneumonia; and immunizations.

The United Nations Foundation hosts several initiatives and campaigns that tackle these issues, including:

·         Nothing But Nets, which focuses on malaria prevention;

Mobile can play a role in these efforts. A great example is the Measles & Rubella Initiative, which is using mobile technology to collect data on immunizations. MAMA works with initiatives like the mHealth Alliance to connect these dots between the important work of the UN and the opportunities to effectively use mobile technologies to achieve our development goals.

Mobile innovation is helping drive progress. As we look toward the 2015 and 2030 benchmarks, we will continue to champion mobile technology as a powerful tool to take on the global challenges at a global scale. To learn more, follow us on Twitter at @mamaglobal and sign up for updates as mobilemamaalliance.org.