Women won’t be equal anywhere until they’re equal everywhere — including in the media. But we have a long way to go before that becomes a reality. Across 114 countries, women comprise only 24% of the people we read about, see, or hear from on television, radio, and in the newspapers, according to one study spanning 20 years. To tackle this issue, some companies are focusing their efforts on increasing representation of women in the media.

“Something that we really focus on, particularly in the part of the business that I run, is ensuring that we have diverse representation in the newsroom, given that we’re reaching such a great big audience and we want to make sure that we have different viewpoints,” said Joanna Lambert, Head of Consumer at Verizon Media.

Other studies of gender in media have pointed to glaring gaps, including low numbers of female protagonists in popular films, and an underrepresentation of women in awards shows.

“I feel like women are just naturally problem solvers,” said Chui-Lian Lee, Co-founder and CEO of fiber company Werewool. “We see something and we want to change it.”

These numbers mean that without women behind the scenes of the media, or in front of the screen, portrayals of women may lack the nuance and complexity they need to accurately reflect the realities of diverse women. That makes for a vicious cycle, with the media trying to portray reality and vice versa.

Women’s representation and equal participation in the media shouldn’t be optional — it’s essential. If we want to break negative stereotypes of women off-screen, we’ll need to tackle them on-screen, too.

Women are Leading the Charge to Make the Fashion Industry Circular 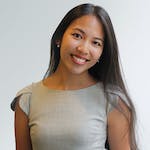