ISIL: What the UN is Doing

ISIL: What the UN is Doing

Questions abound as President Obama prepares to address the nation tonight on a strategy to combat the terrorist group known as the Islamic State of Iraq and the Levant (ISIL). One of them can be addressed right now.

That is: Will the U.S. be alone in its efforts to restore stability in Iraq and Syria? The answer is a resounding no.

Already the Administration is wisely making use of this relationship. On Monday, President Obama spoke with UN Secretary-General Ban Ki-moon, and they “agreed on the need for a broad coalition to counter the threat posed by” ISIL, according to a White House statement. 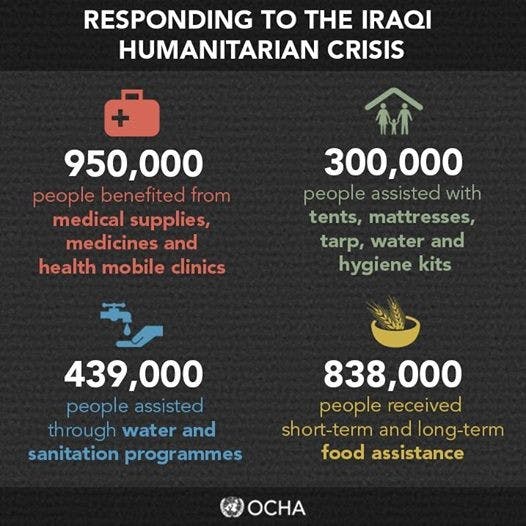 Additionally, the U.S., which is currently serving as President to the Security Council, is working to advance a plan that would direct all 193 UN member states to “prevent and suppress” the recruitment and travel of foreign fighters to join extremist militant groups like ISIL.

This action is concrete, and to be sure, it has teeth. For one, it would ensure such actions are considered serious criminal offences under nations’ domestic laws. What’s more, it would be considered legally binding and enforceable — meaning that the Security Council could impose economic sanctions or force to nations that pay no heed. In just two weeks, President Obama will personally chair the Security Council, and there are high expectations that the measure will be unanimously adopted.

The UN Human Rights Council also recently adopted a resolution to investigate human rights abuses being committed by ISIL, which is an important step in ensuring that human rights violations are recorded and that evidence, which could eventually support accountability measures, is being collected by an internationally legitimate body.

Further, UN agencies are on the ground in both Iraq and Syria, providing life-saving aid to those devastated by the violence. Without question, these conflicts have forced millions of people to flee their homes and left them in urgent need of aid. In fact, right now Iraq and Syria make up two of four “Level 3” emergencies in the world – the UN’s classification for “the most severe, large-scale humanitarian crises.”

We’ve previously shared updates on the UN’s work aiding Syrian refugees here, and below is a snapshot of the UN’s humanitarian response in Iraq. The UN continues to mount a massive response to help people in their time of greatest need.

As threats persist from ISIL and other terrorist groups globally, the U.S. – no matter how committed – cannot go it alone in defeating them. Whatever move the President makes next, it’s clear that the UN will continue to play a vital role in the region.