How Our Culture of Connection is Changing Philanthropy

How Our Culture of Connection is Changing Philanthropy 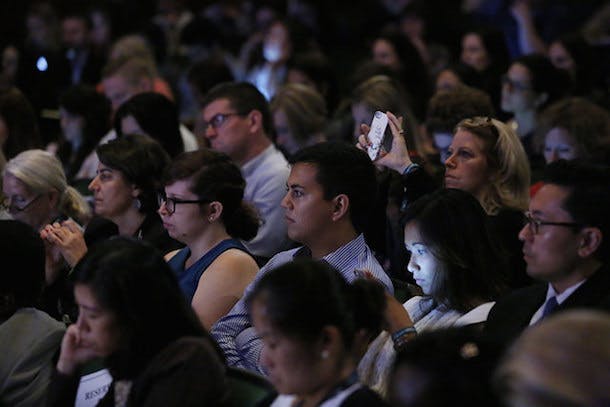 Trevor Neilson is the Co-Founder and President of Global Philanthropy Group.

We share stories in real-time with friends, family, and strangers through Snapchat and Periscope. Corporations advertise on Instagram and Facebook. Governments communicate directly with their constituencies on Twitter. We receive the latest news via mobile push notifications. Our world is more connected than ever, and it is changing how we give.

Connection fosters a culture of empathy that forces individuals to take action. It transforms what used to be distant, slow-travelling news into viral, powerful, personal moments that we cannot turn away from. The Syrian refugee crisis is, tragically, not a new situation. But seeing the heart-wrenching photo of 3-year-old Aylan Kurdi washed ashore after drowning in an attempt to seek asylum will incite action.

Whether or not it’s fair, human beings care more about those they know and are familiar with than nameless, faceless statistics. Take the brutal killing of Cecil the Lion – would celebrities have tweeted, Senators have introduced legislation, and protesters assembled if a different, unnamed lion been slaughtered? The answer is no. This aspect of human behavior ties to how we give: We need to feel empathy in order to be inspired to act. To feel empathy, we need to be provided with a relatable story.

“Storytelling” has become a marketing buzz word for good reason. We need to feel strong emotion and loyalty to give, and that starts with an individual story. It is 11-year-old Grace walking 20 miles a day to fetch water. It is a woman in Pakistan fighting for the rights of brick makers. It is Cecil the Lion. It is Aylan.

Every new technology promises to change the world, tying it directly to the spirit of philanthropy.

Technology gives individuals the power to share stories and seek empathy at a mass scale, and creates tools for action related to those stories. Connectivity can also create an environment of accountability and “peer pressure” for social good. We’re not only more accountable to each other, but also hold our leaders more accountable, as we’ve seen in latest election cycle and news about police violence. Debates are won and lost in the new court of public opinion, driven by technology.

New technology also brings real help to people in need. Peer-to-peer fundraising revenue has more than doubled during the past five years, and millennials are widely engaging with causes on social media. The concept isn’t new – supporters raise money by asking their communities to donate. It is the platforms that are revolutionary: apps like Venmo, SnapCash, and ApplePay have the potential to transform giving to be faster and more direct than ever.

September is a month of action for those of us working in the social good space, with key events like the UN General Assembly, the Clinton Global Initiative, and the Social Good Summit connecting governments, tech companies, activists, donors, corporations, and media together in New York City.

The many handshakes, panel discussions, and dinners that will happen this month will have far less impact if we don’t harness the power of human empathy, embrace new technologies, and create stories that inspire action. Philanthropy, which translates to “for the love of humanity,” has truly always been about connection, and now that people can connect more than ever before, the sky is the limit.