How Nutrition is Empowering Girls in Impoverished Communities

How Nutrition is Empowering Girls in Impoverished Communities 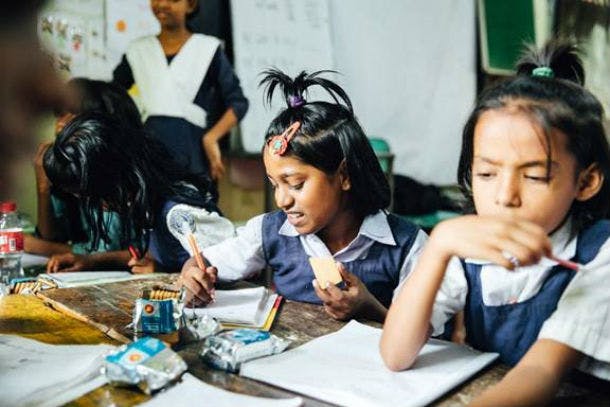 12-year-old Shrity lives in one of the largest slums of Dhaka, Bangladesh, but she doesn’t want your pity.

“I’m not sad,” she told me last summer after brushing her teeth and putting on her school uniform. “Because I really like school. Why would I be sad?”

The youngest of four girls, she is the only one who goes to school in her family. In a country where some 56% of girls drop out of high school, she considers herself lucky.

Part of the reason why Shrity is able to stay in school can be found in a shiny blue package she and her classmates receive every day. Inside each package are scientifically formulated biscuits that provide exactly the right nutrients and minerals for children like Shrity to grow up healthy and strong. These so-called “high-energy” biscuits are often the only nutrition vulnerable students like Shrity can count on.

Without these biscuits, Shrity probably wouldn’t be in school at all. She’d likely be married off like her eldest sister, working in a garment factory like her middle sister, or taking care of her paralyzed mother like her third sister. Why? Because sending one’s kids to work and earn money can often seem like the only choice for parents facing hunger and poverty.

Compared to boys, girls in developing countries are disproportionately forced to sacrifice their education to ease a family’s burden of putting food on the table. This means staying at home to work or help take care of the household. Some are married off young, both for traditional reasons and also so there is one less mouth to feed.

That’s why school meals and take-home rations are so valuable for girls. They don’t just provide the right nutrients for healthy growth among children in need. The promise of nutritious food in the classroom means vulnerable households can keep their daughters in school and help them succeed.

13-year-old Fatimah in Tawalib, Yemen receives take-home rations, including 330 pounds of wheat and 17 pounds of fortified vegetable oil for the school year. 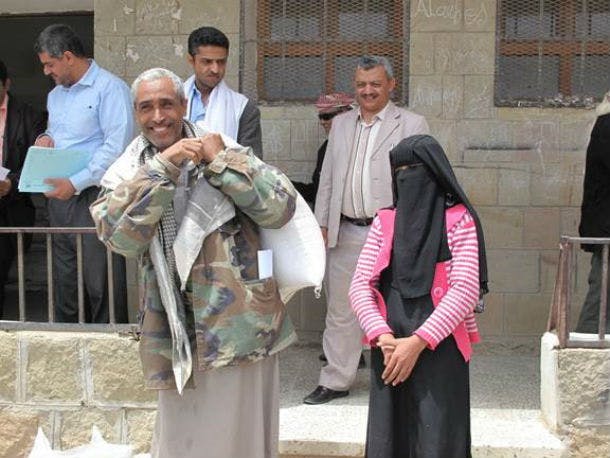 “For me, it’s a bonus that helps me make sure all my girls get an education,” says Fatimah’s father, Ali, who has five daughters and runs the family farm. “But for many others in this country less fortunate than me, it’s a necessity. Without it, their daughters would probably not be in school at all.”

From keeping them from going hungry to allowing them to succeed, World Food Programme’s school meals and take-home rations do so many things for women and girls. They promote zero hunger, quality education, and gender equality – three of the UN’s Sustainable Development Goals – and ultimately bring us one step closer to ending poverty once and for all.

School meals bring the promise of dreams and potential – because girls like Shrity and Fatimah deserve the chance to do something more for themselves,their families, and their communities at home and around the world.