“Girls are for marriage”: How one woman is changing the views, and lives, of thousands

“Girls are for marriage”: How one woman is changing the views, and lives, of thousands 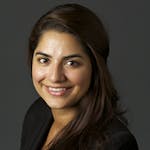 At age five, Kakenya was engaged to a boy from her neighborhood, and she considered herself lucky. Her new fiancée was around her age, and most girls in her community met their husbands – much older men – on their wedding day.

Dr. Kakenya Ntaiya grew up in a nomadic Maasai community, in a mud hut with no electricity or running water.  She was expected to follow a traditional future – one that included leaving school to get married at a young age, female genital cutting to ‘protect’ her, and a life of intense physical work.

“I am the first of eight children. My mother was a very hard-working woman. She was denied an education and always told us if she’d gone to school she’d be a different person, she wouldn’t be struggling the way she was. She inspired me through my childhood. I saw how incredibly hard my mother was working, and realized that if I got married at a young age, I’d be doing all of that alone.”

Kakenya wanted marriage and children, but she wanted the opportunity to wait and have children when she was ready and able to bring them up. Some of her peers were getting married between 10 and 12 years old. They were “getting pregnant and having a baby in their hand and another in their belly.” She realized, “I had a different picture of myself.”

With the quiet support of her mother, Kakenya managed to negotiate with her father to delay marriage, until she was able to finish school.

Although she eventually did have to undergo the trauma of cutting, she was able to convince her village to rally and send her to the U.S. for more education. “When I came to America, my world opened up. My best friend got married in 6th grade, and to know that she didn’t have to, that kids had rights, was revolutionary.” This discovery drove her and some friends in graduate school to commit to building a school for girls.

“My village trusted me to go and study and asked me to come back. This is the best way I can give back, to help my people move from traditions that don’t help them, and to build a different kind of pride – the pride of girls receiving an education instead of marriage and cutting.”

In May, 2009, she created the Kakenya Center for Excellence, a girls’ primary boarding school in Enoosaen, Kenya, with the mission to empower and motivate young girls to become agents of change in their community and country. The school currently serves 155 students in grades four through eight.

Fewer than 10 years ago, chief in Kakenya’s village said, “Girls are for marriage, so there is no need to educate them.” Today, that chief is an enthusiastic member of the Board of Trustees at Kakenya’s school. “They didn’t see a need for an educated girl because they had not seen one, so I became that example for them. I would remind them that if a girl is educated she’s in a more powerful place and can earn an income. Think about how can she help her family, because she always will.”

When they see their girls staying in school longer, parents are beginning to see their daughters as children, instead of future brides. “Human rights are human rights everywhere. All cultures are changing and people are yearning for that change.”