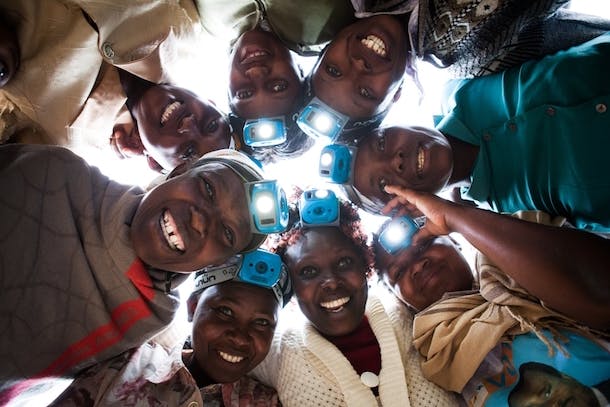 We spoke with Sameer Hajee, co-founder and CEO of Nuru Energy, which has developed a one-of-a-kind offgrid recharging platform, the Nuru POWERCycle ™ pedal generator. The POWERCycle ™ provides clean, sustainable power to recharge both mobile phones and the Nuru Energy portable modular LED light, which can be fully recharged in 20 minutes, with each light providing up to ten days of light to a rural household.

What is Nuru Energy?

Nuru Energy gets its name from the Swahili word meaning “light.”

About six or seven years ago, we started Nuru Energy with a grant from the World Bank Lighting Africa team.

The premise of our approach was that products like solar lamps were still too expensive for the segment at the base of the pyramid we were targeting; we were looking at the subsistence segment, people who are subsisting on less than $1.50 per day. We saw through our own experiences that many of the products out there were still too expensive, so we decided to redesign both the product and the system to get these into people’s hands. We looked at other business models for inspiration, as well as models of collaborative consumption and the pay-as-you go system, where people don’t own the product, like Netflix and Zipcar. That was our thought process.

Nuru Energy primarily works in East Africa; the majority of our work is in Rwanda, Uganda, and Kenya. Each charging system run by entrepreneurs – these people are running recharge businesses for systems. We’ve played with the pricing levers, and we found that our original assumptions were wrong. We started with the assumption that we could charge $6 USD for light, 20 cents per week to recharge, but our experience has shown that the $6 price point is too high.

Eventually, we discovered that we had to drop the initial price to below what it costs to produce. At about $1.50 USD, we saw that we could ensure that everyone in a village could afford a light.

Our experience has made us realize that some of the data out there speaking to how much people are spending on energy is actually overblown – and this is pretty controversial. It’s one of the reasons that solar lamps haven’t penetrated the way we would have expected.

A report by Africa Progress Panel states that people spend about six dollars a month on kerosene. But in our experience, that’s simply not right. We used to buy into this, but our research is finding that people are spending more like $1-$1.50 USD per month on energy (kerosene, rechargeable batteries for portable torches, etc). 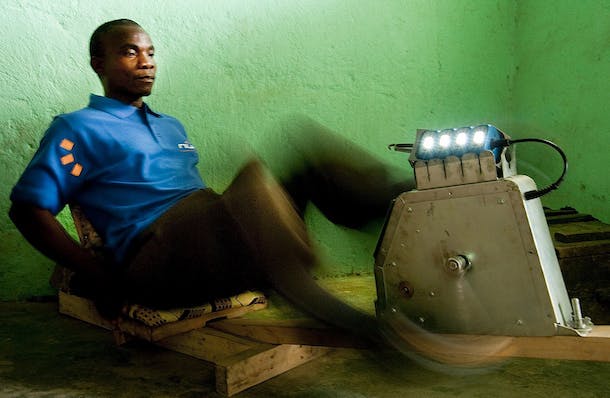 How does Nuru Energy help further local economies and entrepreneurship? How does it help women and girls, how does it further education?

From the very beginning, Nuru Energy has been about micro entrepreneurship. By bringing women and men in at the village level to be entrepreneurs, Nuru Energy is helping in the redistribution of wealth — money doesn’t flow out of the village, it stays in the village to be used there. The focus for us is to enterprise creation and poverty alleviation.

How was the pedal generator received in communities? Was it embraced immediately, or was it a process to accept over traditional forms of energy?

It was pretty easy actually, people felt it was magic and there was a lot of interest in converting physical energy to light. It’s amazing to watch their eyes light up once they realize what we’re doing.

Some people may criticize this as an archaic solution, but people have been using human energy forever. Human energy is being harnessed in this way. Female entrepreneurs are working from home, so they can continue to watch their kids, take care of their home, and live their lives while making their business. 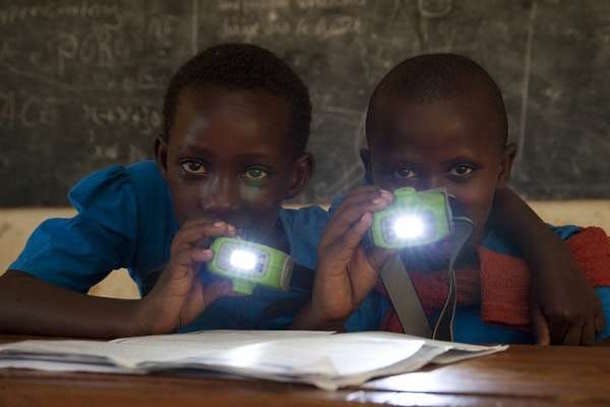 How have you tailored the distribution of the generators to local communities’ preferences?

Everything we’ve done has been formed by the subsistence consumer: the light, its size, and what it does are all based on the consumers’ needs. The Nuru Energy light is a small, portable, affordable LED task light.

What we’ve seen through our thousands of surveys is that the majority of light is being used for studying, to cook, to walk in the dark, etc. The Nuru Energy light works for this because it’s “just enough to get the job done.” We’ve designed it mainly as a headlight, but can also be attached to a water bottle as a stand. We tried to make sure that the product integrates well into life.

As for the generator, the pedal device was a recognition of the fact that central Africa has less solar installations than anywhere else in Africa. Solar is not the most reliable source of renewable energy in central Africa. If we’re talking about a business owner who needs reliable energy, that can’t be done when it’s raining. Human power is virtually free, and about 70-80% of body energy is converted to light power, while only 10-15% of sun is converted to light with solar installations. Twenty minutes of pedaling fully charges five panels with a Nuru Energy generator. It would take 140 hours to charge the same amount with a solar installation.

What successes has Nuru enjoyed since its establishment?

Nuru Energy has 120,000 customers and over 1,200 recharge stations, but we consider that a drop in the bucket relative to the issue. Those statistics are something to be proud of, but it’s taken us a long time to get there. We’re trying to stay true to our mission and to stay focused and committed to our principles and goals. That’s something that I’m very proud of.

What challenges have you encountered along the way?

The amount of ambition you have when you start is immense, but you have to temper that ambition to become realistic. It took some time to realize who we were, you get diluted by all the sales opportunities that come up, so we had to look and say what are we all about? Sometimes I have to say no to people because it doesn’t fit with our mission. 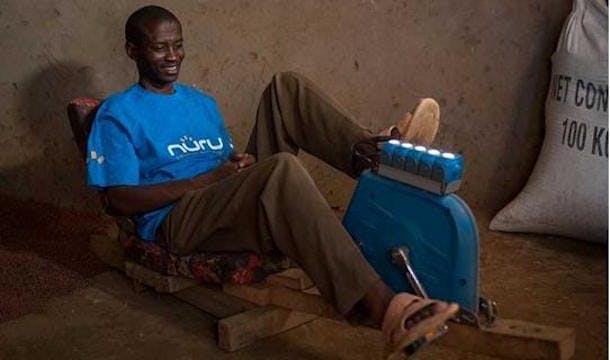 How has the UN Foundation Energy Access Practitioner Network helped Nuru Energy to achieve its goals?

We haven’t been as engaged in the network as perhaps we should or could, but I think we’re doing something pretty unique in the space. We’ve been called an “outlier” and haven’t been given the attention that we need. When you look at others in the space, it seems like we don’t fit in, but we need to be more active in getting the word out.

Do you have any advice to share with other practitioners?

We’ve learned that it’s important to check your assumptions before delivering a specific solution and to be clear about who you’re trying to serve. If we’re going to serve Sustainable Energy for All, it really needs to be for “all.”