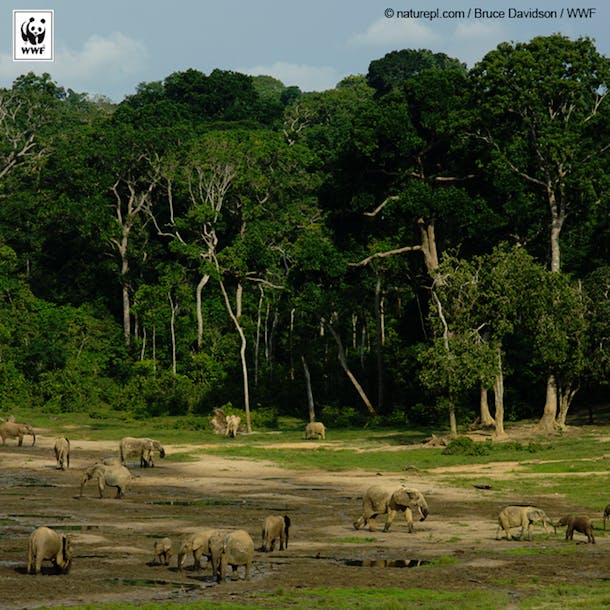 Washington’s National Zoo has about 1,800 animals. Imagine the outcry if human activity contributed to the loss of more than 900 of them.

While the zoo hasn’t suffered such a drastic fate, the rest of the world has. According to World Wildlife Fund’s Living Planet Report, global populations of mammals, reptiles, amphibians, fish, and birds declined 52% between 1970 and 2010. One species – Homo sapiens – is largely responsible for this loss.

We are destroying forests and grasslands, consuming and polluting water, degrading soil health, and emitting greenhouse gases faster than the Earth can replenish and recycle them. Indeed, we need about the equivalent of one-and-a-half Earths to meet the demands we currently make on nature. We are living beyond our means, which is the very definition of unsustainable.

We use much of our planet’s resources to produce the food that sustains us. Agriculture accounts for about 38% of the planet’s land use, 70% of the freshwater people consume, and 24% of global greenhouse gas emissions. We’re caught in a vicious circle: Food production is contributing to climate change and the loss of biodiversity, and in turn, these phenomena are hindering the production of more food.

It’s also clear that food production can threaten biodiversity. The more land and water we use for ourselves, the less we have left for wildlife. This is playing out across the globe in real-time. In California, for example, water is being divvied up between people, crops and waterways needed to sustain aquatic life. And the more we heat the planet, the harder it becomes for people and wildlife to adapt and thrive.

But how does the loss of biodiversity threaten food security? Wildlife and their habitats provide what scientists call ecosystem services. Oceans and forests suck carbon out of the atmosphere and store it underwater or underground. Healthy soil stores and recycles fresh water. Cows and bison help maintain diverse and healthy grasslands.

The planet’s ecosystems evolved over millions of years. As a result, native plants and animals complement and rely on each other. Like cells and organs in our own body, each species plays a unique role. Eliminating one species can compromise the health of an entire landscape and its ability to provide essential resources we need to produce food.

The decline of native and European honey bees and other natural pollinators – essential in the production of one out of every three bites of food – is a compelling example of how agricultural practices impact biodiversity, which subsequently hinders food production. Populations of monarch butterflies as well as many species of native bees have dropped to record lows. Like a canary in a cornfield, the pollinators’ and monarch’s plight calls attention to harmful agricultural practices, including the conversion of native habitats, eradication at a landscape scale of diverse nectar sources, and overuse and misuse of pesticides. In turn, the loss of pollinators impedes food production. For example, according to the UN’s Food and Agriculture Organization, 90% of the world’s food supply comes from about 100 crop species, and 71 of those crops (especially fruits and vegetables) rely on bees for pollination. Honey bees alone generate $15 billion a year in value in the U.S. – and up to six times that amount globally. Clearly, their loss is environmentally and economically significant.

More than 50 years ago, the Green Revolution dramatically increased humankind’s ability to produce food with fewer resources. Thanks to the continued progress of the agricultural sector, food is more affordable and accessible today than at any point in modern human history. Yet for all these advancements, we’re still consuming about 50 percent more natural resources each year than the Earth can sustainably provide.

Conserving natural resources and protecting biodiversity is at the core of WWF’s mission. But we can’t tackle it alone. We need to find new solutions to the problems threatening our planet’s most magnificent places. Through exercises such as next week’s Food Chain Reaction: A Global Food Security Game, we are bringing together governments, institutions, and businesses to show how we can all work together to mitigate agriculture’s impact on climate change and biodiversity. This simulation and role-playing exercise will help us better anticipate and adapt to future food shocks, starting with the baseline understanding that we are overdrawing on the resources of our planet and degrading the ecosystem services that sustain the planet’s food production systems.

Not only does wildlife enrich our lives, but all life – from baboons to beetles to bacteria – is critical to our planet’s ability to provide the clean air, fresh water, healthy soil and nutritious food on which we rely. Biodiversity and sustainable food: We can’t have one without the other.