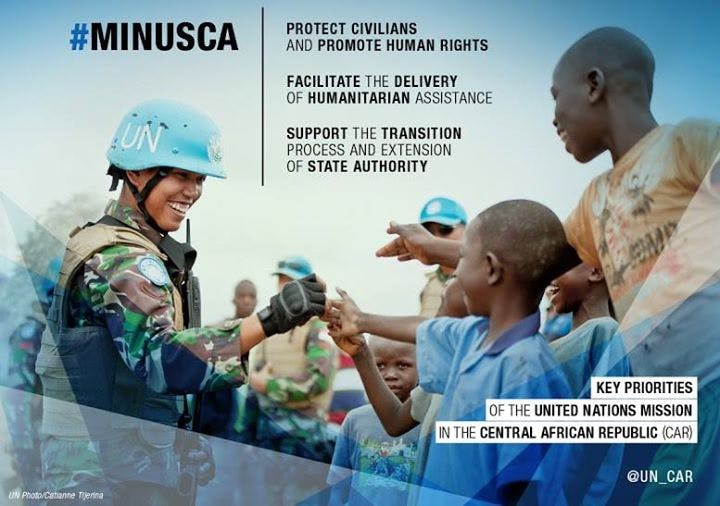 Today is a big day for UN Peacekeeping and the people of the Central African Republic (CAR). After months of planning, training, and securing funding, the UN Peacekeeping mission in CAR has officially begun its mandate to protect civilians and support the political transition for long-term stability in the country.

Starting today, the first wave of UN Peacekeepers will deploy to address the dire situation in CAR, where violent clashes between Christian and Muslim militias have killed thousands and left millions in need of humanitarian assistance.

This first round of 7,500 Peacekeepers has committed to a big undertaking before additional troops arrive in early 2015 — it’s time for the U.S. to show the same level of commitment. That’s why the Better World Campaign is highlighting the importance of the U.S. securing continued funding for Peacekeeping in Fiscal Year 2015.

We must keep our promise to these men and women who are working to prevent further suffering and to the families and communities in CAR who need and deserve peace and security.

Join the Better World Campaign in helping spread the word that supporters like you want this mission to have the full resources it needs to succeed.