Behind the Numbers: Maternal Mortality

Behind the Numbers: Maternal Mortality

With just over 600 days left until the target date to achieve the Millennium Development Goals, eight goals that make up the world’s “to-do” list to reduce poverty, it’s an important moment to reflect on where we stand on MDG 5, which calls for reducing maternal mortality by three-fourths.

Today, the United Nations released new numbers that show steady progress is being made, but there’s still work to be done. Here’s what you need to know:

· According to UN agencies, in 2013, an estimated 289,000 women died because of complications from pregnancy or childbirth – a 45% reduction in maternal mortality since 1990. The good news is that 11 countries that had high levels of maternal mortality in 1990 have now reached the MDG 5 target.

· But progress is varied, and in some areas, maternal mortality remains stubbornly high. In particular, sub-Saharan Africa is still the riskiest place for a woman to give birth. In fact, a 15-year-old girl living in the region has a 1 in 40 chance of dying from pregnancy-related complications in her lifetime. That same girl would have a 1 in 3,300 chance if she were born in Europe.

To reach MDG 5 and to save the lives of more mothers – a key aim of the UN’s Every Woman Every Child movement – we need to invest in proven solutions. 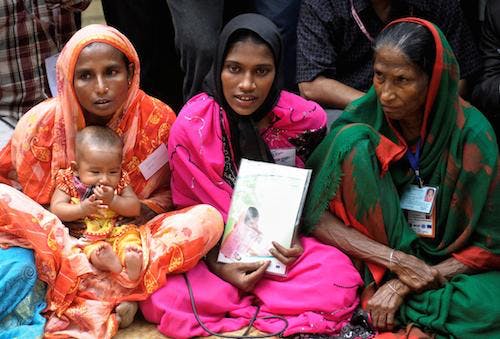 One of the most cost-effective solutions is access to voluntary family planning. Yet, MDG 5b – universal access to reproductive health care – has seen the least amount of progress of any of the goals. There are currently 222 million women who want – but do not have – access to quality family planning. If we were to meet this need, we could reduce maternal mortality by one-third.

Another major barrier to reducing maternal mortality is lack of accurate data. In many countries, maternal deaths go uncounted and the cause of death is not determined. In fact, globally, only one-third of deaths are recorded, and fewer than 100 countries record causes of death. This makes it more difficult for organizations to allocate resources to those most in need.

That’s why the UN Commission on Information and Accountability for Women’s and Children’s Health advocates that “by 2015, all countries have taken significant steps to establish a system for registration of births, deaths and causes of death.”

The UN Foundation is also working to address gender-related data gaps, including maternal mortality, through Data2X, which aims to improve data collection to guide policy and better leverage investments. Additionally, the Girl Up campaign has joined with UNICEF, World Vision, and other organizations to raise the profile of civil registrations and vital statistics, including through the Girls Count Act of 2013. This bipartisan bill in Congress would prioritize programs to support and promote the establishment and expansion of countries’ national registration and identification systems.

The life of every woman and girl counts, and no woman should die giving life. Join us and our UN partners as we work to make these ideals a reality.