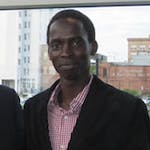 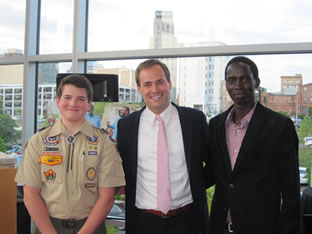 Malaria pervades every community in my homeland, South Sudan. I was in my village, Ayiet, last summer and brought three months’ worth of anti-malarial pills from the United States for my own protection. One morning, my six-year-old brother, Matiok, woke up with a high fever. He was sweating, vomiting, and shaking — the telltale symptoms of malaria that I myself had experienced in a refugee camp in northern Sudan a decade earlier. I gave him my anti-malarial pills; and a few days later, he was back up, chasing dragonflies in the field.

Soon, mothers from the village crowded my house seeking what they called “magical pills” for their malaria-afflicted children.

Malaria is the most common, deadly, disease across South Sudan, but we don’t need magical pills (average South Sudanese people can’t afford them) to eradicate it. There is a simpler, more efficient, more cost-effective tool that has reduced the spread of malaria in many countries by half in the last decade: mosquito nets. A life-saving bed net costs just $10.

Last week in Durham, North Carolina, I joined the Nothing But Nets campaign for an inspiring event to raise awareness about the humanitarian crisis facing people in my country. More than 130,000 South Sudanese have fled fighting on the border with Sudan. So I am glad to support Nothing But Nets’ emergency appeal to send 100,000 insecticide-treated bed-nets to help protect refugees in South Sudan from malaria. The refugees in the world’s newest nation face a myriad of challenges — political, social, economic, and even ethnic — that many can only imagine. It’s easy to feel powerless to help. But malaria is not one of those issues: you and I have the power to end this preventable disease.

That’s magic that we can all make.