An Important Step in Congress for Protecting Children’s Health

An Important Step in Congress for Protecting Children’s Health 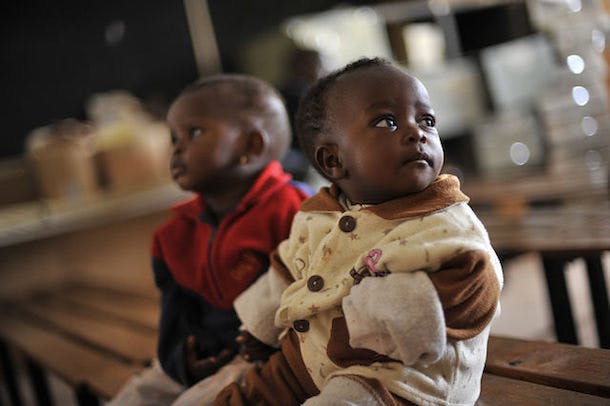 Today, the Senate Foreign Relations Committee passed S. Res. 578, a resolution supporting the role of the United States in ensuring children in the world’s poorest countries have access to vaccines and immunization through Gavi, the Vaccine Alliance.

Their support is well-founded: The U.S. Centers for Disease Control and Prevention has called vaccines one of the greatest public health achievements of the 20th century. Gavi has played a key role in continuing that success in the 21st century by expanding access to life-saving vaccines:  Since 2000, Gavi has helped immunize close to half a billion children, saving 6 million lives in the process.

So, why does this resolution matter? The U.S. Congress plays a huge part in ensuring vaccines reach the children that need them most by making decisions every year about which programs to support, including life-saving global immunization programs like Gavi. This resolution shows strong bipartisan support among U.S. senators for Gavi and other global immunization efforts, and that is incredibly important. By giving Gavi this vote of confidence, these senators are helping build a groundswell of support, which helps galvanize other countries to do the same – building global political will.

The backing of U.S. legislators could not come at a more critical time. In January, Gavi will be hosting a replenishment to mobilize resources from global donors – $7.5 billion to be exact – for its next strategic period, 2016-2020. Many countries will be making decisions about how much to give – including the U.S. With these resources, Gavi estimates that they can immunize 300 million additional children, resulting in 5 million to 6 million lives saved. That’s worth getting excited about.

On behalf of Shot@Life and our supporters across the country, we want to extend our sincere appreciation to the Senate Foreign Relations Committee, and Senators Menedez (D-NJ), Rubio (R-FL), Coons (D-DE), and Boozman (R-AR), who were the drivers of this resolution, for their continued leadership in support of an impactful partnership that is saving and improving the lives of millions of children in developing countries.

Now, we just need a vote on the Senate floor. Support from Congress for Gavi – as reflected in passage of the resolution- will hopefully be part of a $1B commitment from the U.S.