An Important Conversation on UN Reform

An Important Conversation on UN Reform 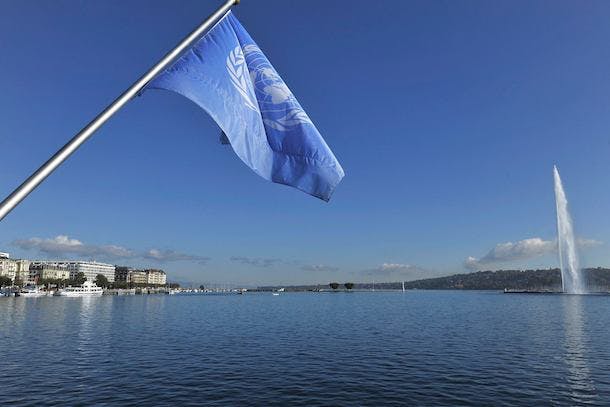 A former UN official, Anthony Banbury, recently wrote an op-ed on the United Nations that has sparked a conversation on the UN’s value and challenges.

Banbury’s critique of the UN system highlights a lot of the UN’s important strengths and weaknesses. He is right that the UN personnel system – as with any major institution or government – is in need of dramatic improvement.

The UN and its leader Secretary-General Ban Ki-moon are working to address many of these issues. As UN spokesman Stephane Dujarric noted today, “What the Secretary-General has been determined to do is to bring the systems that we have at the United Nations in line with 21st century best practices.” He continued: “No one is more committed to modernizing the United Nations than the Secretary-General himself.” Changes have taken place in nearly every area of UN operations, from the management of peacekeeping missions, to tougher ethics rules, to streamlined budget processes, to delivery of humanitarian aid on the ground.

Much more progress is needed though. Solving the challenges facing the UN system will require continued focus from within the UN; it will also require concerted engagement by all member states and positive U.S. leadership this year and beyond.

The timing of the discussion sparked by Banbury’s op-ed is opportune. This is an important moment of transition for the UN, when the world is thinking about the selection of a new UN Secretary-General this year. It will be incumbent upon the next Secretary-General to carry forward this critical focus on reform and continual improvement. Likewise, it’s an opportunity for member states, and especially the permanent members of the Security Council like the U.S., to think carefully about what they want and need, and how to have an effective UN.

In the meantime, we can’t lose sight of the enormous positive work the UN is leading on, from sustainable development and climate; to peace and security; to humanitarian aid and the largest refugee crisis since World War II.

In just the last few weeks alone, we’ve seen some of the most crippling sanctions on North Korea ever passed by the international community – sanctions that are already having a tangible effect and could not have been done without the UN Security Council. And every year, the UN is vaccinating 58% of the world’s children and providing food to 90 million people in 80 countries. The UN remains as essential as ever to promoting global and U.S. interests; we cannot go it alone in solving the world’s problems.

The UN is not a perfect institution, but it serves a near-perfect purpose: to promote global cooperation and address some of the world’s most pressing challenges that no single country can resolve alone. Making sure the UN is fit for purpose in the 21st century is something we all have a stake in – because a strong UN is essential to creating a better world.