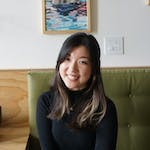 Four-month-old Ahmad receives his vaccination against polio administered by a mobile health team at Fafin camp in northern rural Aleppo as part of a five-day national immunization campaign supported by UNICEF, WHO, and partners in 2020. Photo: Antwan Chnkdji / UNICEF

While high-income countries prioritize COVID-19 booster shots, vulnerable populations — refugees, migrants, and those in regions affected by conflict or humanitarian emergencies — are being left further behind. Shot@Life’s Get a Shot. Give a Shot. partnership is working alongside UN agencies and other partners to ensure that these hard-to-reach populations receive vaccines, both for COVID-19 and other diseases.

As the world enters a third year of the COVID-19 pandemic amid surging cases and a growing global vaccine divide, few other times in history have underscored the need for global solidarity as much as this moment. But the challenge to ensure equitable global distribution of lifesaving vaccines — the closest thing we have to a public health silver bullet — has only shed light on preexisting inequalities.

While the United States and other affluent countries have been promoting booster shots against emerging variants such as Omicron, the global picture is bleak. More than 80% of the world’s COVID-19 vaccines have gone to G20 countries, while low-income countries have received only 0.6% of the global supply.

Vaccine equity is our best pandemic exit strategy, but nationalism is taking precedence at the risk of millions of lives, especially for uprooted populations. For most citizens, having a passport or some other form of national identification will automatically put them in the queue for their country’s accounted supply of COVID-19 vaccines and other lifesaving shots. But what about the people who have been forced to flee from their homes — vulnerable populations like refugees, migrants, internally displaced persons, and those living in conflict zones or humanitarian emergencies?

The global refugee population doubled in the last decade to 82.4 million, the crisis only exacerbated by the COVID-19 pandemic that increased this total by 4%. The UN Inter-Agency Standing Committee estimates that 167 million people might be excluded from national COVID-19 vaccine rollout plans because they live in remote, inaccessible areas.

In addition to the ballooning number of individuals who have been forced to flee their homes, many refugees’ living conditions exacerbate their vulnerability to deadly disease. In the world’s largest camp in Cox’s Bazar, Bangladesh, Rohingya refugees live in domino-like rows of makeshift tents marked by poor sanitation and hygiene — a hotbed for disease. Social distancing and quarantine are nearly impossible, and limited access to personal protective equipment, therapeutics, and hospital beds adds to the burden. 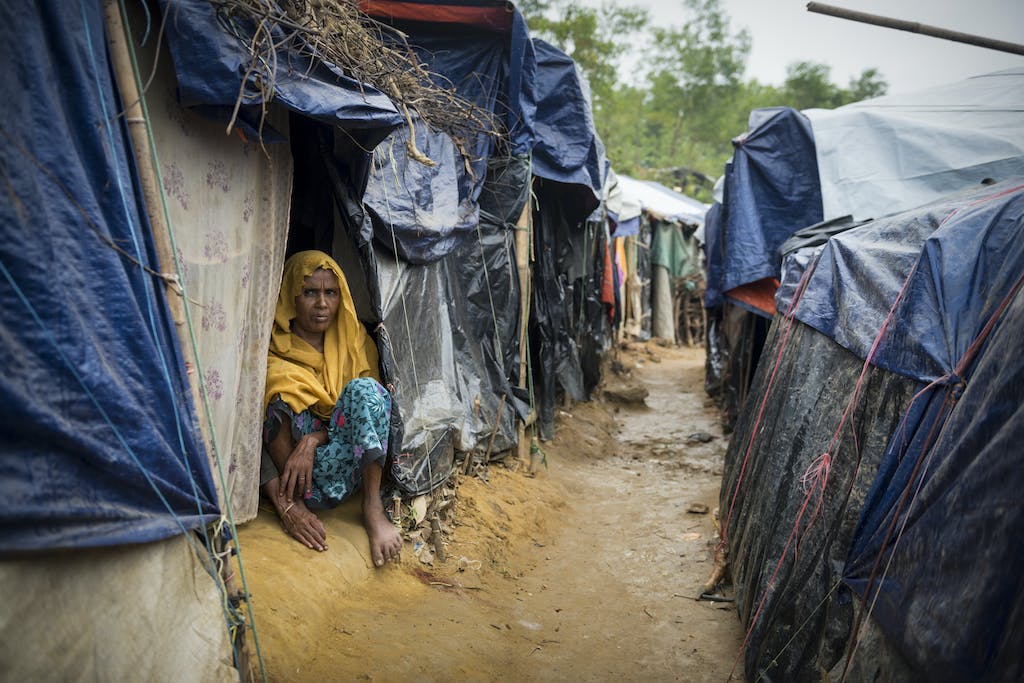 A woman, one of the 600,000 Rohingya who fled Myanmar in the two months beginning on August 25, 2017, sits at the entrance to her shelter in Kutupalong refugee camp in Bangladesh. Photo: Joel Carillet /iStock

Vaccines offer the best shield of protection against infectious disease, but the reality is that not enough doses have reached refugees and migrants in this “last mile delivery,” even though UN Security Council Resolution 2565 obligates countries to provide access to COVID-19 vaccines for these high-risk populations within their borders. As a backup strategy, COVAX, the global initiative intended to get vaccines to low-income countries, launched a Humanitarian Buffer to provide vaccine doses to refugee populations and those living in fragile contexts who would not receive shots through other avenues.

The pandemic has demonstrated with cutting clarity that when it comes to public health, a threat anywhere is a threat everywhere. Still, whether for COVID-19 or routine immunizations, it takes a village to ensure the world is vaccinated and protected. Even outside of a pandemic, refugees too often remain unvaccinated against measles, polio, and other potentially deadly diseases.

Only through collective efforts by UN agencies such as the United Nations Children’s Fund (UNICEF) and the World Health Organization (WHO), in partnership with civil society and the private sector, can we work to prioritize vaccine equity so that refugees, migrants, and internally displaced individuals are not forgotten. Take polio, for instance.

Al-Dana is a town located in the highly volatile and insecure region of northwest Syria. Once known for its indigo dyes, today it is home to 99 camps for internally displaced people who have escaped violence from the prolonged Syrian civil war. In total, this war has forced more than 6.7 million individuals to flee their homes.

Despite the ongoing conflict, UNICEF polio teams are working tirelessly in Al-Dana to reach the 25,000 children eligible for polio vaccinations, a campaign funded in part by Walgreens through its Get a Shot. Give a Shot. partnership with Shot@Life that is committed to helping provide 100 million vaccines by 2024. For every immunization given at a Walgreens pharmacy, the company donates the value of a measles or polio vaccine through Shot@Life.

None of this vital work would be possible without the front-line health workers and individuals who connect with community members and influential figures to encourage vaccinations. 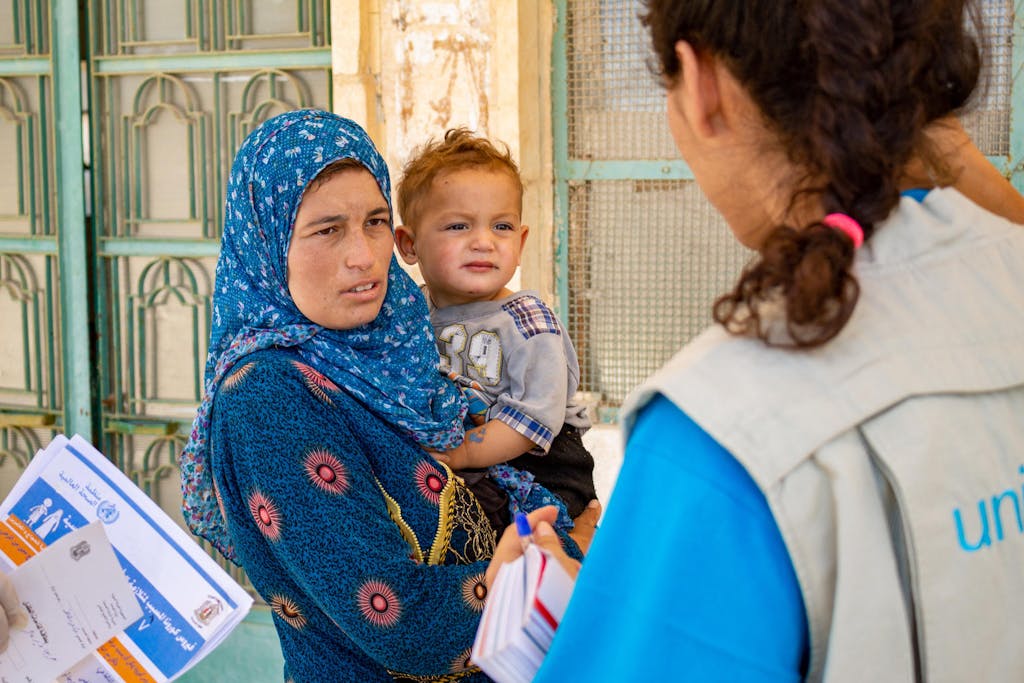 A UNICEF staff member speaks with a mother about the importance and safety of vaccines in northwest Syria during a June 2020 immunization campaign. Photo: Antwan Chnkdji / UNICEF

Community social mobilizers like Hassam Najjar have been on the move across northwest Syria, posters and pamphlets in hand, tapping into existing social networks and visiting the homes of parents and caregivers to talk to them about the benefits of polio vaccination. Though the effort was challenging, Hassam often went door to door, patiently answering each family’s questions or concerns about the vaccines. UNICEF is also using creative ways to reach families, such as partnering with local bakeries to distribute information about upcoming vaccination campaigns.

And if the success of the campaigns in Syria is anything to go by, the COVAX Humanitarian Buffer’s reserve of COVID-19 vaccines and the efforts of both the multilateral and private sectors to get lifesaving vaccines around the world will ensure saving lives can truly become a borderless endeavor.

3 Things Omicron Tells Us About How to Defeat COVID-19