70 Years Since Senate Ratification of the UN Charter

70 Years Since Senate Ratification of the UN Charter 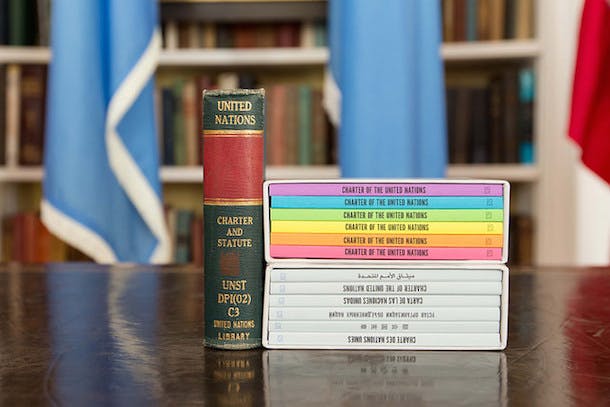 To say that today is a significant day in our national and world history would not fully capture the magnitude of what happened in the United States’ capital 70 years ago. On this day in 1945, World War II was drawing to a close, but the wounds were certainly still fresh. The U.S. Senate acted decisively to ratify a treaty that set out to:

“Save succeeding generations from the scourge of war… to reaffirm faith in fundamental human rights, in the dignity and worth of the human person, in the equal rights of men and women and of nations large and small.”

By a margin of 89-2, the Senate voted to ratify the United Nations Charter – and in doing so forever changed the way the U.S. would engage and lead in world affairs.

Before the vote, Senator Thomas Connally of Texas, then the Chair of the Senate Foreign Relations Committee, said to his colleagues:

“Those senators who believe we should tread our path alone will vote against this Charter. But those who realize that this can’t be done and that the United States cannot live in a cellophane wrapper will favor the Charter.”

He truly captured the moment. Still mourning tremendous loss of life, Connally and 88 of his colleagues, Democrat and Republican, knew then that the U.S. cannot go it alone. It was true then. And it continues to be true today. And as invested as the U.S. was in the UN’s creation 70 years ago, we remain even more so in its future.

Last month, in a packed rotunda of San Francisco’s City Hall, House Democratic Leader Nancy Pelosi, Governor Jerry Brown, Mayor Ed Lee, and UN Secretary-General Ban Ki-moon joined with civic and business leaders to celebrate the 70th anniversary of the Charter’s signing. Bay Area CEOs of some of the world’s fastest-growing brands – companies like Dell, Airbnb, Salesforce, and others – marked the occasion by committing themselves to advancing the UN’s new global goals, which take on hunger, poverty, climate change, and gender inequality, among other issues. And leaders of the LGBT community recognized the Secretary-General for championing human rights where other global leaders have turned their heads too many times before.

This is not something we have seen just in San Francisco, either. Day in and day out, throughout the country, Americans are making an affirmative decision to work through the UN to advance global change.

For example: Tens of thousands of United Nations Association members, working through a network of 150 chapters coast to coast, deeply engaged with the UN to help craft the new global goals coming on line in September. Faith leaders across country joined with NBA champion Steph Curry to protect families worldwide from malaria by supporting the UN’s distribution of bed nets. And just two weeks ago, hundreds of American girls stormed Capitol Hill to speak passionately on behalf of the UN’s works to advance girls’ rights everywhere. Oh, and along the way, they were cheered on by both First Lady Michelle Obama and Senator Marco Rubio. 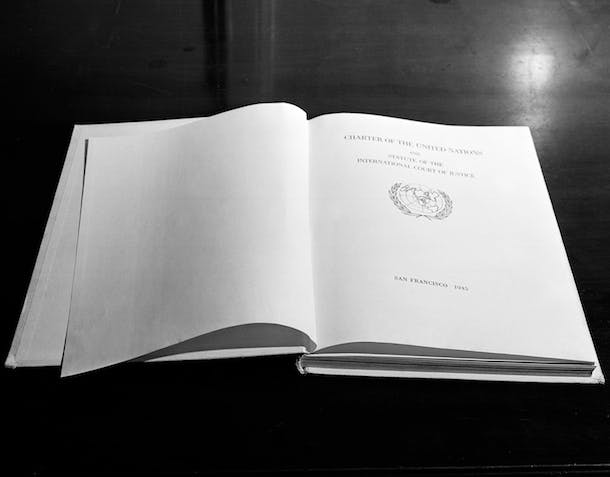 Senator Connally could not have known how enduring his words would be. But 70 years later, Americans continue to share a resolve to confront global challenges through our partner the UN. In fact, while these days it may feel that Americans agree on precious little, bipartisan polling has shown that three quarters of them – an overwhelming majority – believe in the UN’s contemporary relevance, saying it is indeed still needed today.

And if more proof were needed, we will see it again this September as the world gathers in New York for the UN General Assembly. On September 25, 193 world leaders will commit to a series of global goals to achieve extraordinary things in the next 15 years: Ending extreme poverty; fighting inequality & injustice; and fixing climate change. Building on the UN’s Millennium Development Goals’ successes – a legacy that includes over 1 billion people moving out of extreme poverty, a more than 50% reduction in the deaths of children under 5, and billions with access to improved and safer drinking water – we will help all countries better target progress of their economic, social, and environmental development over the next 15 years.

In addition, there will be high level discussions on one of the most vexing issues we face today – countering terrorist actions from ISIS and other extremist groups. The U.S. will also use the UN as the platform to advance our foreign affairs priorities when President Obama chairs the High-Level Summit on UN Peacekeeping.

Without the UN as a key instrument in our foreign policy toolbox, how could we effectively address these – some of the greatest transnational challenges of our time – or other problems like appalling human rights abuses in North Korea, or nuclear negotiations with Iran?

Seven decades have only enforced what the Senate understood then, and what remains true today: The U.S. cannot go it alone. We need our partner, the United Nations.