7 Quotes on Climate Change and Health

7 Quotes on Climate Change and Health 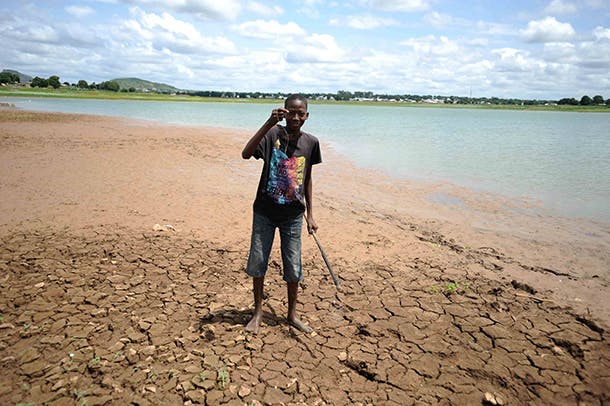 On July 7-8, the World Health Organization and the government of France will host the Second Global Conference on Health and Climate in Paris to focus on building healthier societies through implementation of the Paris climate agreement.

“Widespread scientific consensus exists that the world’s climate is changing. Some of these changes will likely include more variable weather, heat waves, heavy precipitation events, flooding, droughts, more intense storms, sea level rise, and air pollution. Each of these impacts could negatively affect public health.” – The U.S. Centers for Disease Control and Prevention

“Climate change is intrinsically linked to public health, food and water security, migration, peace, and security. It is a moral issue. It is an issue of social justice, human rights and fundamental ethics. We have a profound responsibility to the fragile web of life on this Earth, and to this generation and
those that will follow.” – United Nations Secretary-General Ban Ki-moon

“In addressing climate change by reducing emissions, we are preventing the worsening of health conditions around the world, and … by improving so many different conditions that can be improved through climate measures – such as improving food and water, food security and water safety – we are actually improving health conditions.” – Christiana Figueres, Former Executive Secretary of the United Nations Framework Convention on Climate Change

“This is not a partisan debate; it is a human one. Clean air and water, and a livable climate are inalienable human rights. And solving this crisis is not a question of politics. It is our moral obligation.” – Leonardo DiCaprio, Actor and United Nations Messenger of Peace

“The consequences of inaction are enormous: environmental degradation, pollution that threatens our health, economic losses from climate-related events, and setbacks in our development work.

On the other hand, confronting the climate crisis will have far-reaching benefits. The UN Foundation’s Founder and Chairman Ted Turner believes climate change is one of humanity’s most serious problems, but he also believes that the response to climate change is one of our greatest opportunities. By moving to a low-carbon future, we can cut pollution, create new jobs and industries, and put our planet on a sustainable path.” – Kathy Calvin, United Nations Foundation President & CEO