5 Reasons to Join the Fight against Malaria

5 Reasons to Join the Fight against Malaria

April 25 marks World Malaria Day – a day to recognize the important progress we have made as a global community in combating this deadly disease, while also raising awareness and support to continue our work. 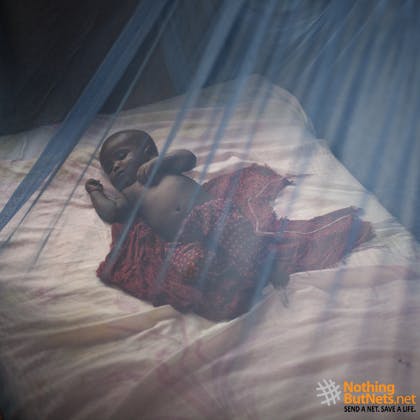 Here are five reasons you should care about (and join!) the effort to fight malaria.

1. Roughly half of the world’s population is at risk of malaria. According to the World Health Organization (WHO), about 3.4 billion people are at risk of malaria. WHO estimates that there were about 207 million cases of malaria and an estimated 627,000 deaths in 2012.

3. Malaria is preventable and treatable. Malaria is a disease spread by a single mosquito bite. Prevention methods such as insecticide-treated bed nets and household spraying can protect families from malaria. Medical treatment is also available for those who become ill. We must continue to develop new solutions and strategies, including next-generation drugs, diagnostics, and vaccines to further accelerate progress and mitigate the threat of drug and insecticide resistance.

4. We’re making tremendous progress in saving lives by reaching more people than ever before. From 2000 to 2012, global efforts to stop malaria saved an estimated 3.3 million lives and reduced the rate of child deaths attributed to the disease by more than half. More resources are needed to expand access to the tools to prevent and treat malaria. The greatest threat to continued success against malaria is financial.

5. The possibility of defeating malaria is real, and it’s time to make it happen. Fifty-two countries are on track to reduce malaria incidence rates by 75% in 2015. In the recent years, WHO has certified four more countries as malaria free and 26 more countries are working to eliminate the disease. But we need to step up efforts in the 41 countries where 80% of malaria cases occur.

It has been a decade of progress, but more work is needed to make sure no one dies of a mosquito bite. Join the fight against malaria by supporting the UN Foundation’s Nothing But Nets campaign. Just $10 helps to send a net and save a life.