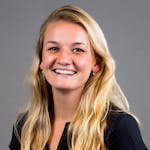 As the world’s largest conference on the health, rights, and well-being of girls and women, the 2019 Women Deliver in Vancouver brought together more than 8,000 people from over 160 countries. There were conversations on everything from intersectional representation to climate change to women’s rights. What was top of mind for me?

As we reflect on the week, here are five of my top takeaways:

There’s a sense of anger and impatience. They demand an intersectional approach to feminism. They don’t want just the gender box checked; they want and deserve it all – freedom from sexism, freedom from racism, and freedom from all forms of discrimination. They are thinking about the climate crisis, as much as they are thinking about identity. They find borders arbitrary, and they are not going to wait for world leaders to share their power. They’ve seized the online world for this very reason.

During a heated discussion during the conference’s opening panel, Dr. Alaa Murabit, a UN High-Level Commissioner on Health Employment and Economic Growth and one of 17 SDG Advocates appointed by the UN Secretary-General, refuted a statement by the President of Ghana that women needed to be empowered, telling him: “Women have power, we just need allies to help amplify us.” Her statement echoed a point she made during an interview before the opening plenary in which she (rightly) balked at our question about why empowering women and girls matters. “It’s 2019,” she told me. “How are we still asking this question?”

If women and girls do not exist under the eyes of the law in a country, there’s no way for a government to plan or fund for women and girls’ issues properly – or for an individual to access important services such as health care and education. As Esther Nasikye poignantly said at a Data2x event: “Birth certificates are the first line of defense against child marriage.” Without them, girls are trafficked across borders without a mechanism for accountability. We need better data evidence for women and girls to strengthen our advocacy and fuel concrete action.

If an individual does not have agency over her physical body, who is to say that anything else along an individual’s curve of decision-making in life is seen by society as important. It’s more than the contentious topic of access to birth control; it’s a family’s choice to the number, timing, and spacing of children; it’s a mother’s access to safe maternal health care before, during, and after giving birth; it’s comprehensive sex education so individuals can make fully informed decisions before engaging in sexual intercourse. Full sexual health and reproductive rights protect an individual’s autonomy, sexual consent, and freedom to expression.

Just as powerful as the conversations were the advocates we met. We ended our time at Women Deliver highly caffeinated but, more importantly, inspired by all of the gender equality activists, or, as we like to call them, (s)heroes.

To learn more about the UN Foundation’s work on girls and women’s rights, visit our website: http://unfoundation.org/what-we-do/issues/girls-and-women/