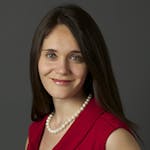 This week, health leaders from around the world are gathered in Geneva for the World Health Organization’s annual World Health Assembly. Here are five of the key stories coming out of Geneva:

1. Saving the Lives of Newborns: Every year, nearly 3 million newborns die within the first 28 days of life. This year’s World Health Assembly has featured discussions on how the global health community can act to keep more newborns alive. At the same time, in New York, The Lancet released a new report that examines the state of newborn health and how to make progress. Read more on the issue from Voice of America and the New York Times.

3. Protecting Children from Preventable Diseases: This World Health Assembly marks 40 years since the launch of the Expanded Programme on Immunization, which stepped up global efforts to protect children from preventable diseases with life-saving vaccines.

According to WHO, at the time the program was launched, only about 5% of the world’s children were protected through vaccines from six diseases: polio, diphtheria, tuberculosis, pertussis, measles, and tetanus. Today, that number has risen to 83%, and some developing countries have reached 99% immunization coverage. Learn more here.

This week also brought important vaccine news from Brussels. The GAVI Alliance called on donors to support increased efforts to vaccinate an additional 300 million children against deadly and debilitating diseases by 2020. Reuters has the story here.

5. Post-2015 Global Strategy to Fight Tuberculosis: The World Health Assembly passed approving a new strategy for the fight against TB after 2015. The strategy sets targets to reduce TB deaths by 95% and to cut new TB cases by 90% between 2015 and 2035. Learn more here.

To hear from top leaders in Geneva, check out the daily webcast from World Health +SocialGood!