4 Reports to Read in Advance of World Refugee Day

4 Reports to Read in Advance of World Refugee Day 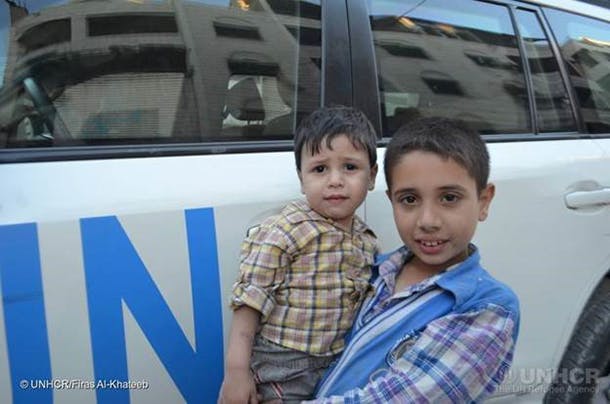 “Refugees are people like anyone else, like you and me. They led ordinary lives before becoming displaced, and their biggest dream is to be able to live normally again. On this World Refugee Day, let us recall our common humanity, celebrate tolerance and diversity, and open our hearts to refugees everywhere.”– United Nations Secretary-General Ban Ki-moon on June 20, 2015

June 20 is World Refugee Day, and as the global community faces the highest level of displacement since World War II, it’s clear that the international community needs to both enhance and expand its response. United Nations agencies, aid groups, and many other partners are working every day to support to refugees and displaced people – but this crisis is a challenge to our humanity and requires all of us to do our part.

There is a common saying that knowledge is power. This saying is so ubiquitous because it’s so true. Getting informed is the first step to becoming an effective champion for action so every refugee can live with dignity and security.

Below are four reports that describe the scope of today’s humanitarian crises and the imperative to invest in meeting the needs of refugees.

From last month’s World Humanitarian Summit, to World Refugee Day and World Humanitarian Day (August 19), to the upcoming UN General Assembly High-Level Summit on Addressing Large Movements of Refugees and Migrants and the White House Leaders’ Summit on Refugees in September, these reports are invaluable resources in the continued conversation about how we can help raise awareness and action for refugees.

United Nations Secretary-General Ban Ki-moon: In Safety and Dignity: Addressing Large Movements of Refugees and Migrants
The Secretary-General’s report to the UN General Assembly makes recommendations to address issues of common concern, calling for a new framework that includes the causes of movements, protecting those who are compelled to undertake such journeys, and preventing discrimination and xenophobia frequently
encountered. 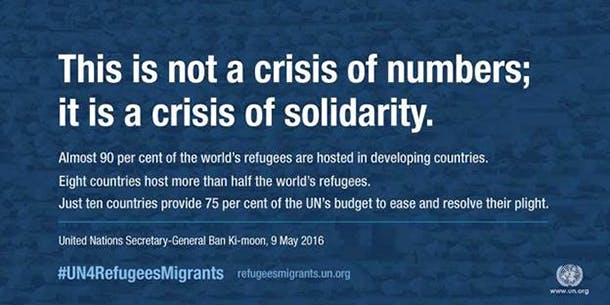 The Tent Foundation:  Refugees Work: A Humanitarian Investment that Yields Economic Dividends
As evidenced by its opening quote, “Investing one euro in welcoming refugees can yield nearly two euros in economic benefits within five years,” this report shatters preconceptions about the economic drag on the economy welcoming refugees can have. Instead, through in-depth research, the Tent Foundation explains how accepting refugees into a society may actually spur the growth of the economy as well as encourage the creation of local businesses.

An informed and engaged citizenry can help make the case that we must do more to stand #WithRefugees. We hope you will join us in learning and share the problems and the solutions related to this test of humanity.