Every Friday, you can find 14-year-old Alexandria Villaseñor sitting outside United Nations headquarters at work on her “full-time, unpaid job.”

The job? Saving people and planet from the climate crisis. Whether in rain or shine – or even in sub-freezing temperatures – Alexandria is determined to call for greater action on climate change. (Earlier this year, she was almost unrecognizable keeping warm in a giant orange sleeping bag). 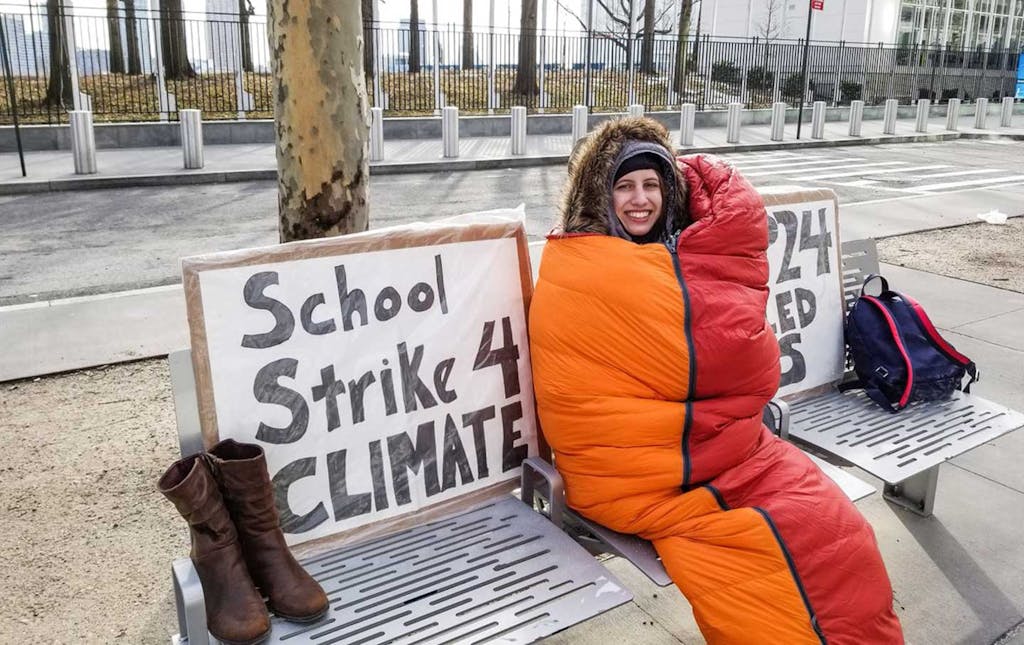 She is one of many youth climate strikers around the world demanding leaders to protect their future — first inspired by Swedish activist, Greta Thunberg, who started striking last August in the ‘Fridays for Future’ movement. Over the past year, strikers like Greta and Alexandria have rallied at two global climate strikes in March and May, each bringing out more than 1 million young people.

As the youth climate movement spreads, with another global strike planned days ahead of the UN Climate Action Summit in September, many adults and organizations are questioning what they can do – and what they shouldn’t do – to support young people. During the United Nations Association of the United States of America (UNA-USA)’s Global Leadership Summit, Alexandria and her mom, Kristin Hogue, hosted a frank discussion on the youth movement for more than 500 UN advocates across the country.

Here are four key lessons they shared for adults and young people:

Kristin, who studied climate change in a Master’s program at Columbia University, admitted that she couldn’t fully grasp her daughter’s mindset when she first started striking. “I watched her face down a security guard to strike outside the UN,” she said. “Even with all my training, I didn’t understand her point of view at that time.” It takes open, honest conversation and active listening to understand the immense fear that young people feel. Only after grasping their reality can adults be effective allies.

Two young girls in the audience, who also happen to be leading youth strike organizers in North Carolina and New Jersey, told me that it took many, many conversations on climate to convince their parents to support their strikes, but eventually gaining their support has been essential to their activism. And research shows this matters: A recent study supports conversation across generations, finding that children are changing their parents’ opinions on climate action – even parents who have been resistant.

As Alexandria put it, “You can either understand us now and join us, or you can wait until later when you have to join us.” Either way, young people will continue to “demand answers from world leaders.”

2. Please don’t overstep. “Adults can be the best and the worst ally,” warned Kristin. She and Alexandria have witnessed too many adults and organizations come into the youth movement, offering support, but actually taking advantage of young people – capitalizing on the moment to force their own agendas and to build their own mailing lists.

The youth movement is self-organized for its own goals, not the goals of others. If adults and organizations want to support, see Lesson 1: Actually listen to young people. Hear directly from them about their needs for support before stepping in. For more tips to avoid overstepping, see this helpful list of principles on NGO engagement in the youth climate strikes, published on the Global Climate Strike website.

3. Be inclusive and recognize privilege. At every level, the movement for climate action must be driven by diversity, including all peoples of color, all gender identities, and those with disabilities. Both Alexandria and Kristin stressed inclusivity, recognizing that vulnerable communities, such as indigenous people and lower-income families, who are on the front lines of climate impacts. To build effective solutions that leave no one behind, all communities must be heard. But of course, not every person can afford to take action in the same way.

Activists like Alexandria and Kristin know they act from a position of privilege, and they call on people to “recognize their privilege.” Not every young person can skip school on Fridays; education is a privilege for many. And not everyone can afford to change their diets to 100% plant-based. “You need to use your privilege for good,” said Kristin. If you can take structural and individual action, you should because we need both, but that doesn’t mean that everyone else can. At the end of the day, we have to work together and collectively change policies that are driving both the climate crisis and greater inequality.

Even when Alexandria had to protest in pouring rain, she told her mom, “I don’t have it bad,” thinking of the people of Mozambique, who had just been ravaged by two back-to-back cyclones this past spring. 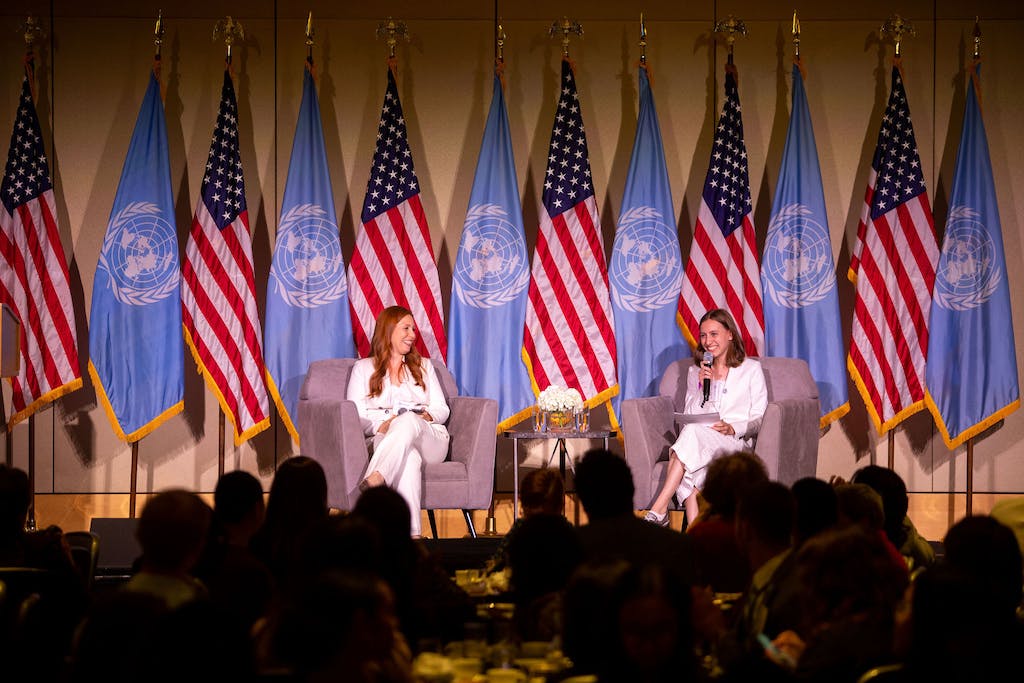 4. Stay optimistic. Activism is tiring. The work that young people put into organizing, getting out their message, and constantly staying up to date on the latest climate news can be exhausting. Confronting the reality of the climate crisis every single day is no doubt mentally draining in and of itself (no wonder some people just ignore it altogether!).

Alexandria reminded young people in the audience, “We need to take care of ourselves.” Parents need to support their children’s physical and mental health needs as well. When asked how to keep pressing forward despite the negativity and resistance, Alexandria urged UNA members to stay optimistic and carry, “a fierce, passionate mindset of fighting for your future.” Too often the vision of what we’re all fighting for gets lost. She said, “I see a world where human beings live in harmony with the Earth. I see a stable climate system. I know we can make this happen if we all work together.”

These are just a few lessons I learned, and there will certainly be more lessons to share as young people around the world continue to stand up. Ultimately, as UN Secretary-General António Guterres urged in a discussion with Greta Thunberg, “Political leaders are still too slow. So I trust young people to push them, to push their families, and to push societies to make sure things move in the right direction.”

The Secretary-General’s Climate Action Summit on September 23 presents a major opportunity for leaders to make strides in the right direction. And before world leaders come together to step up action, young people will collectively raise their voices again at the UN Youth Climate Summit on September 21 and by holding a global climate strike on September 20 – what they hope will be the biggest one yet. You can bet Alexandria and her mom will be there.

To get involved with UNA-USA and advocate for U.S. leadership at the UN, visit here.

To learn more about the youth climate strikes, visit here.