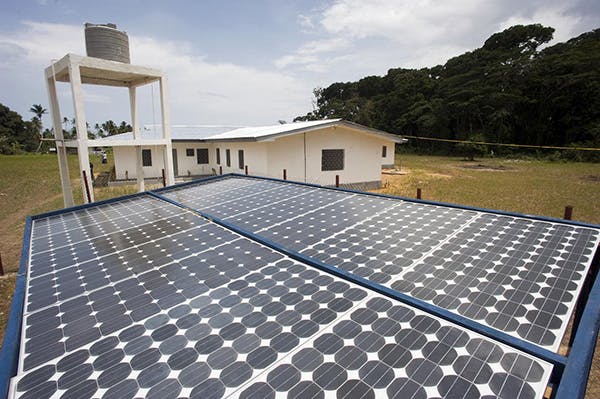 In the run up to December’s Paris climate conference, when the United Nations’ 193 member states are expected to reach a new agreement on climate change, countries have developed and submitted national action plans that outline their efforts to fight climate. On Friday, the UN released a report analyzing the collective impact of those plans. Here are four highlights from the report and why these national plans matter.

1. 146 countries – both developed and developing – covering approximately 86% of global greenhouse emissions, submitted plans. This is a strong signal that most countries around the world, with the exception of some major oil producing states, are serious about taking climate action.

2. Collectively, these plans could limit global temperature rise to about 2.7 degrees Celsius by 2100. As head of the UN Framework Convention on Climate Change Christiana Figueres said, this is “by no means enough, but a lot lower than the estimated four, five, or more degrees of warming projected by many prior to the [national plans].”

3. These plans lay a foundation for even stronger action in the years and decades to come and “keep the door open,” as the UN said, for limiting the global temperature increase to less than 2 degrees Celsius if countries strengthen their commitments over time.

4. National climate plans are important for two reasons. First, since these plans are based on national policy and interests, they are much more likely to be implemented. And second, since countries have put their plans on record, the global community and citizens everywhere can monitor progress and hold countries accountable.

TAKE ACTION: These plans are part of the road to Paris, where world leaders will meet from November 30 to December 11 to reach a new global climate change agreement. Make sure leaders know you want strong action on climate change. Visit EarthToParis.org to join the movement for robust climate action.