4 Good News Stories You May Have Missed in February

4 Good News Stories You May Have Missed in February 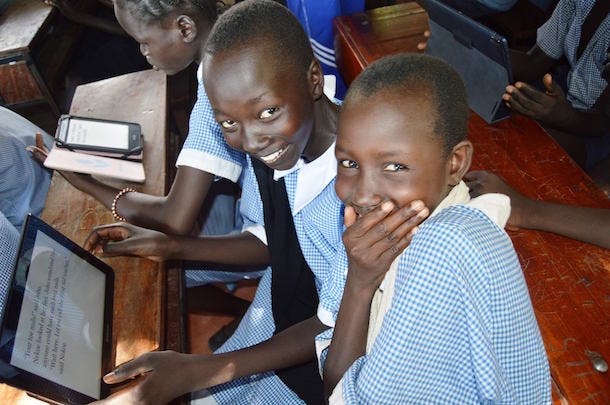 As a communicator, it’s my job to read the headlines every day. While the news is often filled with sobering stories, it’s also filled with stories of breakthroughs and progress that are changing lives for the better. These stories are a reminder that when people take action, we can make the world a better place. It’s something I see every day working with the United Nations, and a message always worth sharing.

Here are four good news stories you may have missed in February.

A study released by the American Academy of Pediatrics on February 22 found that the rate of HPV dropped by 64% among teenage girls aged 14-19 and by 34% for women aged 20-24 with the introduction of the HPV vaccine in the U.S. Widely regarded as further evidence of the success of vaccinations, the study has renewed efforts by experts to push for greater adoption of HPV vaccines.

On February 9, the White House released its FY ’17 budget request to Congress, which continues a legacy of U.S.-UN partnership. Within the budget request is a $200 million increase to support efforts to end malaria deaths. The budget request continues to support the Global Fund to Fight AIDS, Tuberculosis, and Malaria; global polio eradication and immunizations; and UN agencies on issues ranging from international security and UN peacekeeping to global health and gender equality.

On February 22, the Vodafone Foundation – the philanthropic arm of the mobile phone giant Vodafone – announced two new products specifically designed to provide Internet and phone service to thousands of refugees. In support of the work of the UN refugee agency, UNHCR, the Vodafone Foundation is creating a portable charger so refugees in Europe can recharge their phones. The foundation is also working to provide tablets and other supplies so more refugee children have access to education.

On February 4, a study published by the Bloomberg New Energy Finance and the Business Council for Sustainable Energy (BCSE) revealed that clean energy, natural gas consumption, and energy efficiency all rose in the U.S. while coal and CO2 emissions fell. BSCE President Lisa Jacobson declared 2015 as a “turning point for American energy,” with a senior analyst noting that “U.S. power sector CO2 emissions fell to their lowest annual level since the mid-1990s.”

TAKE ACTION: Follow @unfoundation on Twitter and facebook.com/unitednationsfoundation to get information on how you can help solve global challenges.