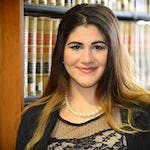 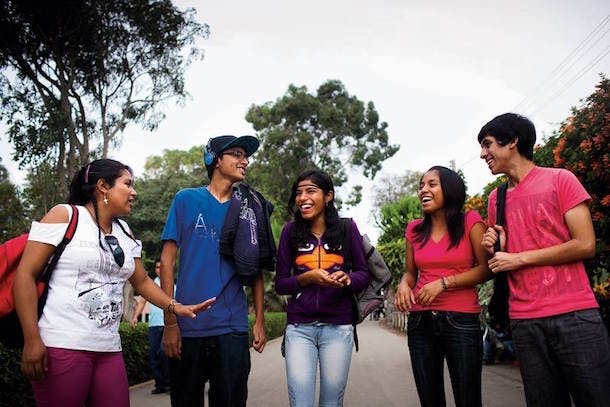 In 2015, world leaders adopted 17 Sustainable Development Goals, which provide a shared global development agenda from now until 2030. These goals build on the eight Millennium Development Goals that were adopted in 2000 and created dedicated targets to achieve by 2015, such as reducing poverty. The global goals for sustainable development are unique in that they were developed with youth, keeping their interests in mind. Young people had a say and made sure the international community heard their voice.

Youth are incredibly important to the implementation and success of the global goals. After recently attending a youth forum hosted by the UN Economic and Social Council (ECOSOC), here are three ways that youth can engage – and are engaging – with the global goals.

There are over 1.8 billion youth in the world, and in many countries, they are the majority. Historically, young people have been left out of policy and politics. They are disillusioned and disenfranchised by systems that work against their interests and without their voices.

Young people are taking a stand all over the world, claiming their right to be an active part of the system because we have learned just how much we can be affected. We demand a place in decision-making processes because if it concerns us, we must be a part of the conversation.

They are not complacent, but adamant about making the voices of youth heard, and this is vital to engaging with the global goals. There can’t be success with goals such as Goal 4 (Quality Education), Goal 8 (Decent Work and Economic Growth), and Goal 17 (Partnership for the Goals) if one of the largest and most important demographic groups is systematically and intentionally left out of the conversation.

This is one of the most powerful tools that youth have been utilizing to engage with the global goals. The incredible momentum that led up to the adoption of the global goals was spurred in part by young people and the use of social media apps, such as Twitter and Facebook.

I don’t know how many times I’ve either seen or used the hashtag “Youth4SDGs,” but it was often and powerful enough to make a strong statement. Earlier this month, my fellow Youth Delegates and I had the opportunity to visit the offices of Tumblr. The Youth Delegates were incredibly interested in learning more about Tumblr and how it could be used to promote their efforts toward implementation of the global goals.

For example, the German Youth Delegates completed a consultation bike tour with youth in order to discuss politics, the United Nations, the global goals, and what they meant to German youth. After the tour, they developed a Tumblr page to promote their experiences internationally. This is a clear example of how youth are using social media to engage with the global goals.

The ECOSOC Youth Forum was important for the hundreds of youth from all over the world that gathered because they were able to hear from experts and people on the ground, but most importantly they were able to hear and interact with other youth. I truly believe this is the most effective and inspiring way youth are engaging with the global goals because young people are not only doing their work for the global goals, they are also bringing other youth into the conversation and uplifting the global community of young generations.

I made it clear when I entered this role that I wasn’t doing this for me, but for all of the communities and groups I could represent and help make change. I am far from alone in this mindset, and that is the most empowering part of the global goals and how youth approach their implementation.

We realize that cooperation is the key to changing the world, a world that will soon become ours to lead and influence.

We know that we can’t achieve Goal 5 (Gender Equality) without empowering other young women and men in our efforts (see the HeForShe campaign). We understand that Goal 9 (Industry, Innovation and Infrastructure) can be achieved through youth entrepreneurship and a collective effort by young innovators. We are aware that Goal 13 (Climate Action) can only be implemented if young people outside of our own active organizations are empowered to work with decision-makers and stakeholders in saving our planet.

I live by the mantra, “Reach for the stars with one hand, but leave one hand near the ground to uplift your community with you.” I’d like to think that most youth from all over world think the same way.

TAKE ACTION: Follow Donya Nasser as the U.S. Youth Observer to the UN on Twitter at @USYouthObserver.