Last Friday, innovators, digital leaders, policymakers, and advocates came together for Digital Beltway, a day-long discussion on how technology and digital communications are changing global policy and politics.

The event, hosted by Mashable and the United Nations Foundation, spurred a conversation in Washington, D.C. and online about how organizations, governments, and global citizens can maximize the potential of technology to drive progress.

It was a day of insightful discussions with representatives from the United Nations, the U.S. government, and non-governmental groups, and I want to share three highlights I heard:

Assess your access. Before people can harness the power of technology, they need have access to it. While many people assume Internet access is widespread, one in three households in the U.S. doesn’t have broadband.

The Federal Communications Commission noted that digital infrastructure is as important as traditional infrastructure used to be. Governments can create better policies if they take stock of whether their populations have easy access to technology. 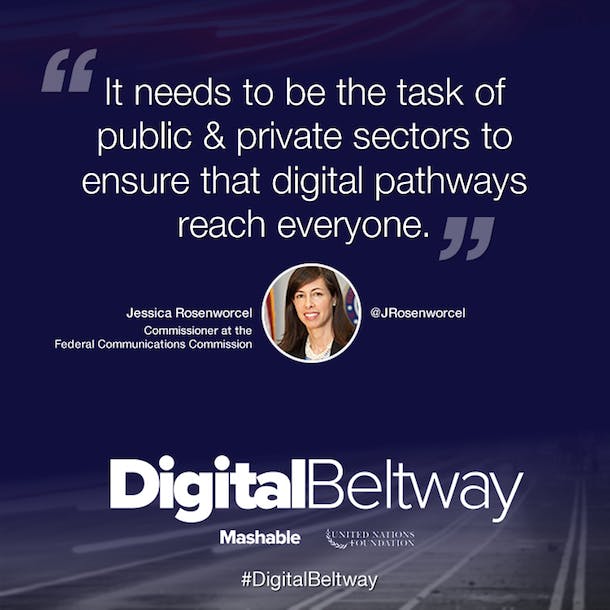 Social media should be a two-way conversation. For those in government and leadership positions, listening is crucial. With so many new communication channels – from Twitter to Periscope and Meerkat to Reddit – there are exponentially more ways to communicate than just a few years ago. Speakers highlighted the need to move beyond talking AT people to engaging in conversation WITH them.

The U.S. State Department, for example, recently held an “Ask Me Anything” session on Twitter with one of its experts on Cuba. The World Bank noted that half of its Twitter audience is from outside Europe and North America, which means they can communicate with many of the people its programs serve. 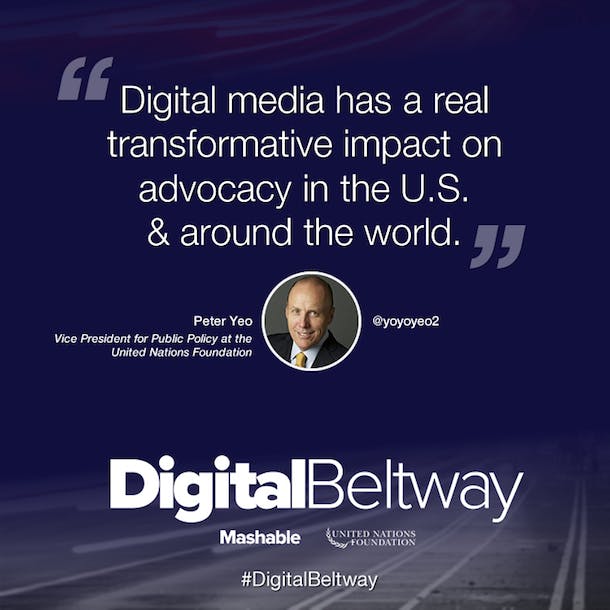 We need to do more to engage all people in digital. Digital Beltway participants noted that technology is giving us more and more ways to reach people, but we need to make a greater effort to reach those that are sometimes left out. For example, White House Chief Technology Officer Megan Smith highlighted the need to get more girls and women involved in the tech sector. Additionally, not everyone is on every platform. At the UN Foundation, we’ve found that not everyone has access to the Internet, but that mobile phones provide an important way to reach families with health and other information. 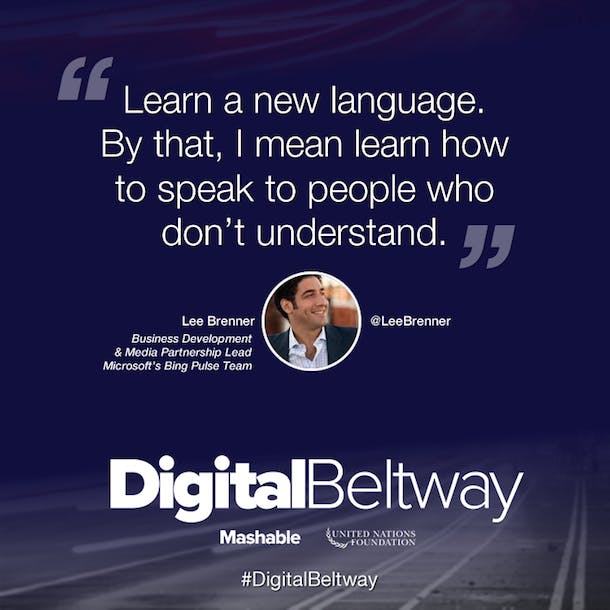 In a city that runs on ideas, it was exciting to watch this conversation focus on the impact – and potential – of digital technology in the Washington, D.C. context. While technology has not changed what governance and public engagement can (and should aspire to) achieve, it has certainly changed the way we approach these issues. This event confirmed that the Digital Beltway is not a thing of the future, but a reality of the present we should embrace and explore.