3 Good News Stories You May Have Missed in April

3 Good News Stories You May Have Missed in April 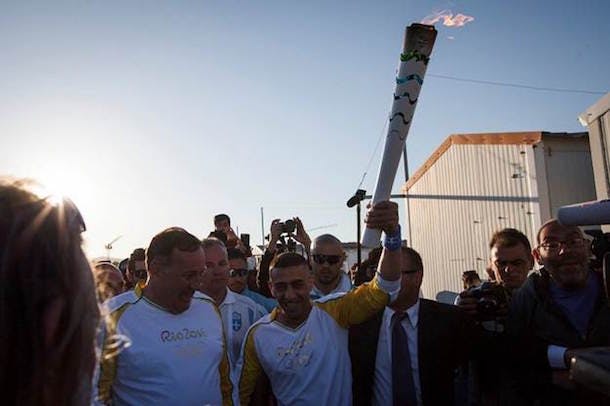 In a media environment saturated with stories about the daunting challenges that world faces, it can be easy to miss some of the more positive stories of progress. In this monthly series, we highlight stories that deserve attention as we strive to address global challenges and make the world a better place.

Here are three good news stories in April that you may have missed.

On April 20, the World Health Organization announced that after having a peak of 90,000 cases in 1995, Europe had zero cases of malaria in 2015. This is a major milestone in the global movement to eliminate malaria. WHO attributes the success to better mosquito control, greater collaboration between countries, and improved surveillance systems.

‘Today is an historic day,’ says Ban, as 175 countries sign Paris climate accord

On Earth Day, April 22, 175 world leaders signed the Paris climate agreement, which was adopted last December. This was a record-breaking number of countries to sign an international agreement in one day. It was also an important step to keep momentum going for climate action and a healthy planet.

This week is World Immunization Week, and this month the world is experiencing a vaccine switch as part of the final push to eradicate polio. The switch signals progress in the continued campaign to eradicate polio as countries move from a trivalent oral polio vaccine to a bivalent vaccine because the type 2 strains of the virus have been declared eradicated.

In addition to these good news stories, I want to share an inspiring video featuring a Syrian refugee who was part of the Olympic torch relay, representing solidarity with refugees. The upcoming summer Olympics in Rio de Janeiro will for the first time include a team of refugee athletes competing under the Olympic flag.

Click here to read good news stories you may have missed in March.