2019 was a complex yet rich year for global efforts to advance the health of people everywhere. The fight against Ebola in the Democratic Republic of Congo continued to vex the heroic frontline responders; more measles outbreaks than in decades; ongoing health impacts from increasingly severe climate disasters like Cyclone Idai. Yet 2019 had some remarkable upsides as well, including a landmark and universal global commitment to Universal Health Coverage at the UN General Assembly and a tremendous show of solidarity to ending the scourges of HIV/AIDS, tuberculosis and malaria. As we look back at the past year, below are some of the biggest moments in global health.

Challenges Mount in the Fight against Measles and Polio

Outbreaks of measles dominated news coverage throughout the year, including large-scale ones in Madagascar and the Democratic Republic of Congo, as well as more recently in Samoa. After a prolonged period of transmission outside New York City, the U.S. was on the verge of losing its measles elimination status after 20 years. New data from the World Health Organization and the U.S. Centers for Disease Control show that deaths from measles are on the rise globally, with more than 140,000 people—mostly children—dying last year.

The fight to eliminate polio also faced key challenges this year. Case counts in Pakistan and Afghanistan are higher than they were at this time last year, and in some areas of the two countries, violence against vaccinators, access issues, and vaccine hesitancy have hampered efforts to get the vaccine to children who need it most. Cases of circulating vaccine-derived poliovirus (cVDPVs), a mutation of the virus that lives in the environment and can still cause paralysis, are also on the rise in many countries because of pockets of populations who are not receiving critical protective vaccines.

Efforts to eradicate polio did see a few important wins, including Nigeria passing a three-year milestone since its last detected case of the wild polio virus. This is a critical step in certifying the entire African content as wild polio-free, which could occur as early as 2020. Additionally, another strain of polio was also officially declared eliminated globally, leaving just one remaining strain in the world.

In November, at the Reaching the Last Mile Forum in Abu Dhabi, donors pledged $2.6 billion to help the Global Polio Eradication Initiative get to zero cases globally. As part of this effort, the UN Foundation and our Shot@Life campaign pledged to contribute roughly $1.6 million per year over the next three years to the Global Polio Eradication Initiative. Key companies like Takeda Pharmaceuticals gave millions of dollars to bolster surveillance infrastructure. These pledges, among others made, demonstrate the impact of innovative partnerships across sectors to improve health.

These are major wins in the journey to eradicate only the second disease ever in human history. 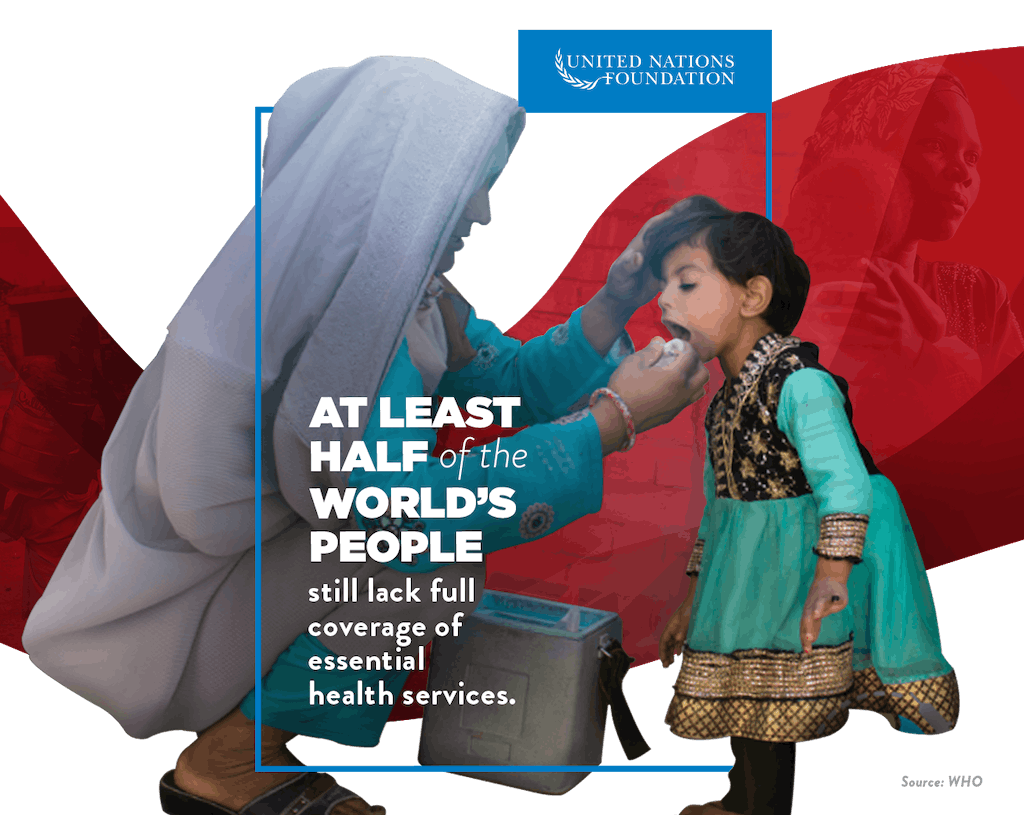 A Landmark Commitment to Health for All

During the UN General Assembly in September, health and well-being took center stage. One of the five high-level summits during the week focused on achieving universal health coverage (UHC)—the right of all people to access to quality health services without experiencing financial hardship—where a historic number of global leaders came together to commit to health for all. Every government signed on to the political declaration coming out of the meeting, which was the most comprehensive agreement to date on global health. In the declaration, member states committed to providing an additional one billion people access to affordable and quality healthcare by 2023, and full access by 2030.

Over the course of the UHC summit, governments formally recognized that half of the world’s population does not have access to quality and affordable healthcare, and that poor access to health is a main impediment to poverty reduction and driver of inequality. Many members states, including many Small Island Nations, also highlighted that the effects of climate change will stall or even prevent the realization of UHC. Ultimately, as all of the opening speakers—including UN Secretary-General António Guterres—stressed during the summit, UHC can only be achievable with affordable and comprehensive primary health care services—including mental health and sexual and reproductive health services.

Historic Commitment Made to Fight HIV/AIDS, Tuberculosis and Malaria

In October, leaders from around the world came together in commitment to end three of the deadliest diseases in human history: AIDS, tuberculosis, and malaria. They pledged $14 billion over the next three years—a historic amount. Hitting this ambitious target was an unprecedented feat for any multilateral health fund, and a testament to donors’ commitment to working together to end these three epidemics.

As we have just a decade left to achieve the Sustainable Development Goal targets, it is more imperative than ever that we make good on the promises made during 2019. We saw unprecedented political commitment to ending major threats to progress and well-being such as polio, HIV/AIDS, tuberculosis, and malaria. We also saw historic promises made to help us reach UHC.

But now it’s time to make good on those promises.

It will take going beyond a “business as usual” approach if we want to be able to defend health progress around the world. Will global actors meet the call to transform their approaches we heard echoing throughout 2019 during pivotal moments like the Africa Leadership Meeting or the inaugural report of the Global Preparedness Monitoring Board? They must if we want to see progress.

We must also fill critical funding needs. We know that significant resource gaps remain in the fight against both measles and polio, which must be filled if we want to begin to see more lives saved. In 2020, Gavi, the Vaccine Alliance will seek at least $7.4 billion to fund their work from 2021-2025 to deliver on its ambitious plans to close gaps in immunization services around the world. This funding will support the most comprehensive package of immunization interventions in the organization’s history, including those that will get us back on track in the fight against measles. 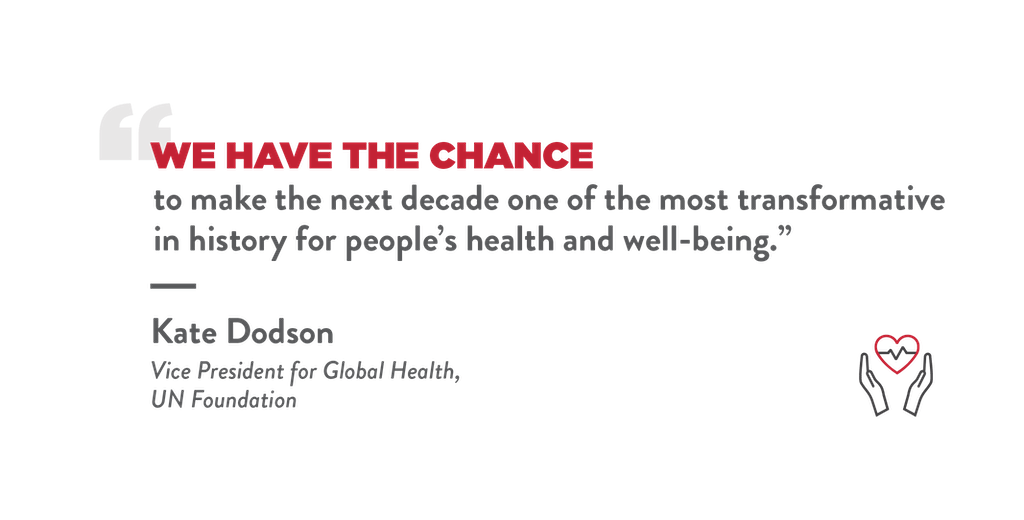 Robust investments in strengthening health systems—including building strong primary health care services as a foundational cornerstone of UHC—will be imperative if the world wants to deliver on health for all and be prepared to handle the next global pandemic. We can only respond to challenges like Ebola, antimicrobial resistance, and other emerging health threats if governments and partners follow through on the commitments made in 2019.

We have the chance to make the next decade one of the most transformative in history for people’s health and well-being. It will take partnerships across diverse sectors working together to solve these challenging global problems with strong leadership and resources. I look forward to us all meeting this challenge and delivering on the progress we have promised.

Reaching the Last Mile to Create Health for All