20 Years After the Genocide: 5 Remarkable Achievements Made in Rwanda

20 Years After the Genocide: 5 Remarkable Achievements Made in Rwanda 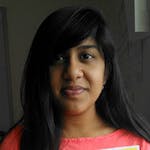 Today marks the 20th anniversary to the beginning of the Rwandan Genocide. More than 800,000 people were killed and millions more were displaced during the devastating 100 days of violence. As a result, lives were changed forever, the government and many institutions collapsed, and much of the country had to be restarted from scratch. In the 20 years since the end of the genocide, Rwanda has made significant progress in many areas. Here are 5 remarkable achievements that have been made: 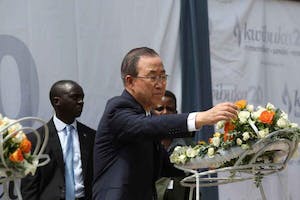 1. WOMEN AND POLITICS: Women hold 64% of seats in Rwanda’s parliament, which is more than any other country in the world. The female majority has ensured that laws aimed at raising the status of women are at the forefront of political discourse.

2. EDUCATION: With 61% of the population being under the age of 24 the Rwandan government has made education a top priority. The government spends 17% of it’s budget on education and has made primary and secondary school compulsory for both boys and girls.

3. HEALTH: 90.6% of the population is enrolled in Rwanda’s national health program. Due to greater access to health services there has been a decline in death from diseases like malaria, which saw an 85.3% drop between 2005 and 2011.

4. ECONOMY: Rwanda has made significant progress in restoring the economy to pre-1994 levels with an average annual GDP growth rate of 7%-8% since 2003.

5. JUSTICE: The International Criminal Tribunal for Rwanda (ICTR) was the first international tribunal in history to deliver verdicts against persons responsible for committing genocide. The ICTR was also the first institution to recognize rape as a means of perpetrating genocide. During the ICTR 93 individuals were indicted and 61 were sentenced.

United Nations Secretary-General Ban Ki-moon traveled to Rwanda to commemorate the anniversary, telling the audience: “Over the past generation, you, the people of Rwanda, have shown the world another essential truth: the power of the human spirit.” He also reminded the world of our obligation, saying: “Our first duty must always be to protect people… We must not be left to utter the words ‘never again,’ again and again.” Read his full remarks here.