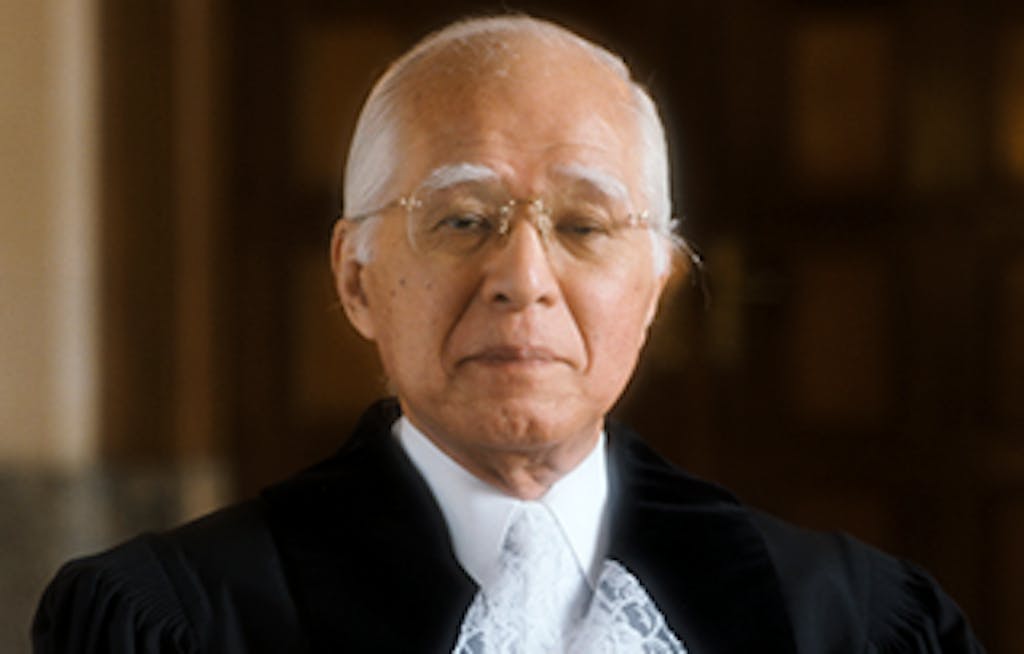 Ambassador Hisashi Owada, former permanent representative of Japan to the United Nations, was born in 1932. After graduating from Tokyo University, Ambassador Owada joined the Foreign Ministry of Japan and has served in various posts in the foreign service of Japan, spending a large part of his career on legal as well as United Nations affairs, on the United States, and on the Soviet Union. Having served as private secretary to the foreign minister and then to the prime minister of Japan, and in his capacity as director-general of the Treaties Bureau (principal legal advisor), deputy minister and further as vice-minister for Foreign Affairs of Japan, Ambassador Owada has been instrumental in the formulation of the foreign policy of Japan.

Ambassador Owada has also participated in numerous diplomatic conferences and negotiations, both bilateral and multilateral, as Japan’s representative. As ambassador, he was permanent representative of Japan to the Organization of Economic Cooperation and Development (OECD) (1988-89) and to the United Nations (1994-98). During his tenure of office at the United Nations, he was actively engaged in the promotion of a new strategy for development in “In the Post-Cold War Era” and has been the chief architect of the “TICAD II”, which Japan hosted in October 1998.

In addition to his career activities in the field of foreign affairs, Ambassador Owada has also been active in the academic world. He taught at Tokyo University for more than 25 years, and at Harvard Law School in 1979-81, 1987 and 1989. During his ambassadorship at the United Nations, he was concurrently adjunct professor of International Law at Columbia Law School and Inge Rennert Distinguished Visiting Professor of Law at New York University Law School; he is also an associate member of the Institute of International Law (Associè de l’Institut de Droit International). He is the author of numerous books and articles on international legal, economic and political issues, including Japanese Practice in the Field of International Law (1984), From Involvement to Engagement — New Foreign Policy Directions of Japan (1994) and Diplomacy (1996).