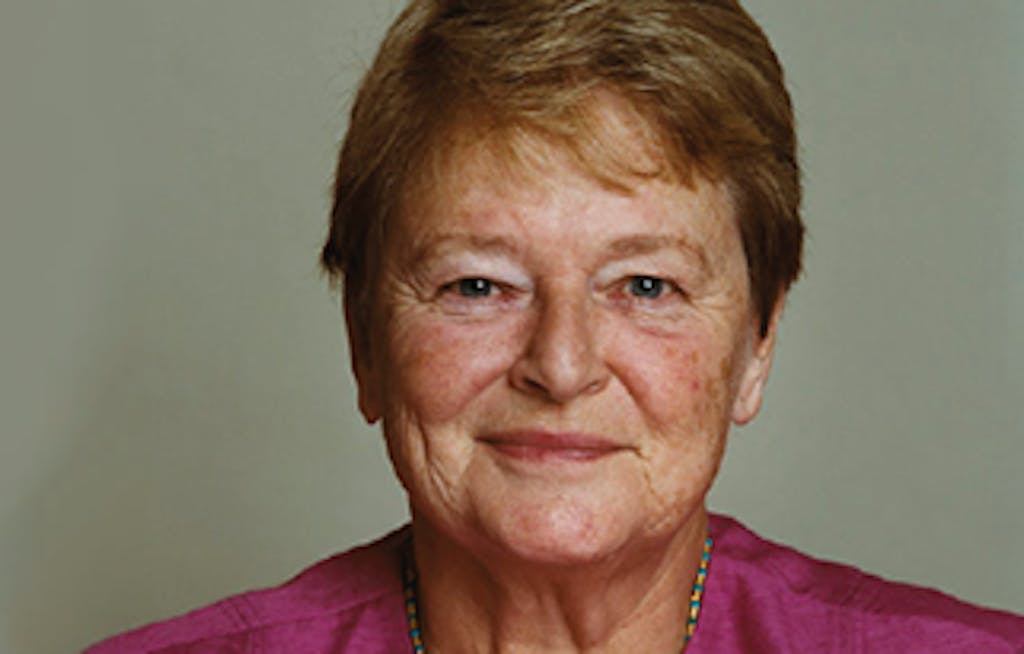 A medical doctor and Master of Public Health (MPH), Gro Harlem Brundtland spent 10 years as a physician and scientist in the Norwegian public health system. For more than 20 years she was in public office, 10 of them as prime minister. In the 1980s she gained international recognition, championing the principle of sustainable development as the chair of the World Commission of Environment and Development (the Brundtland Commission).

Dr. Brundtland’s first choice of career was neither environmentalist nor politician, but to become a doctor like her father. He was a specialist in rehabilitation medicine, a skill much in demand following World War II. When Gro Harlem was 10 years old, the family moved to the United States where her father had been awarded a Rockefeller scholarship. The seeds of internationalism were sown in the young Gro.

Dr. Brundtland inherited another passion from her father — political activism. At the age of 7, she was enrolled as a member of the Norwegian Labour Movement in its children’s section and has been a member ever since, leading the Labour Party to election victory three times.

The sense of global awareness that began in her childhood developed when, as a young mother and newly qualified doctor, Gro Harlem Brundtland won a scholarship to the Harvard School of Public Health. Here, working alongside distinguished public health experts, Dr. Brundtland’s vision of health extended beyond the confines of the medical world into environment issues, and human development began to take shape.

Returning to Oslo and the Ministry of Health in 1965, the next nine years were to be very hectic for Dr. Brundtland. At the Ministry she worked on children’s health issues including breastfeeding, cancer prevention and other diseases. She worked in the children’s department of the National Hospital and Oslo City Hospital and became director of Health Services for Oslo’s schoolchildren. All this while bringing up her own family and representing Norway in international conferences.

Such energy, enthusiasm and commitment brought an unexpected change of career. In 1974, Dr. Brundtland was offered the job of minister of the environment. At first, believing she did not have enough experience of environmental issues, she was reluctant to accept the post. But her conviction of the link between health and the environment changed her mind.

During the 1970s she acquired international recognition in environmental circles and a political reputation at home. In 1981, at the age of 41, she was appointed prime minister for the first time. Gro Harlem Brundtland was the youngest person and the first woman ever to hold the office of prime minister in Norway. With two other periods as prime minister from 1986 to 1989 and 1990 to 1996, Dr. Brundtland was head of government for more than 10 years.

Throughout her political career, Dr. Brundtland has developed a growing concern for issues of global significance. In 1983 the then United Nations secretary-general invited her to establish and chair the World Commission on Environment and Development. The Commission, which is best known for developing the broad political concept of sustainable development, published its report Our Common Future in April 1987.

The Commission’s recommendations led to the Earth Summit — the United Nations Conference on Environment and Development (UNCED) in Rio de Janeiro in 1992.

Dr. Brundtland finally stepped down as prime minister in October 1996. In her successful bid to become director-general of the World Health Organization her many skills as doctor, politician, activist and manager have come together.

Dr. Brundtland was nominated as director-general of the World Health Organization by the executive board of WHO in January 1998. The World Health Assembly elected her for the position on May 13, 1998.

In her acceptance speech for the World Health Assembly, Dr. Brundtland said: “What is our Key mission? I see WHO’s role as being the moral voice and the technical leader in improving health of the people of the world. Ready and able to give advice on the key issues that can unleash development and alleviate suffering. I see our purpose to be combating disease and ill health — promoting sustainable and equitable health systems in all countries.”