The Generation Equality Forum (GEF), convened by UN Women and co-hosted in 2021 by the governments of Mexico and France, launched a once-in-a-decade opportunity to meaningfully advance gender equality.

The five-year GEF process represents a landmark effort that has aligned civil society, the private sector, international organizations, youth-led groups, philanthropies, and governments in a visionary agenda for girls’ and women’s rights, equality, and empowerment.

In 1995 at the Fourth World Conference on Women, 189 countries adopted the most visionary agenda for girls’ and women’s empowerment, equality, and justice: the Beijing Declaration and Platform for Action. Twenty-six years after the gathering, the global state of gender equality has remained largely the same, and public rhetoric on gender equality has far outpaced action, financing, or policy implementation. At the current rate, the World Economic Forum estimates that gender parity will not be realized for another 135 years. 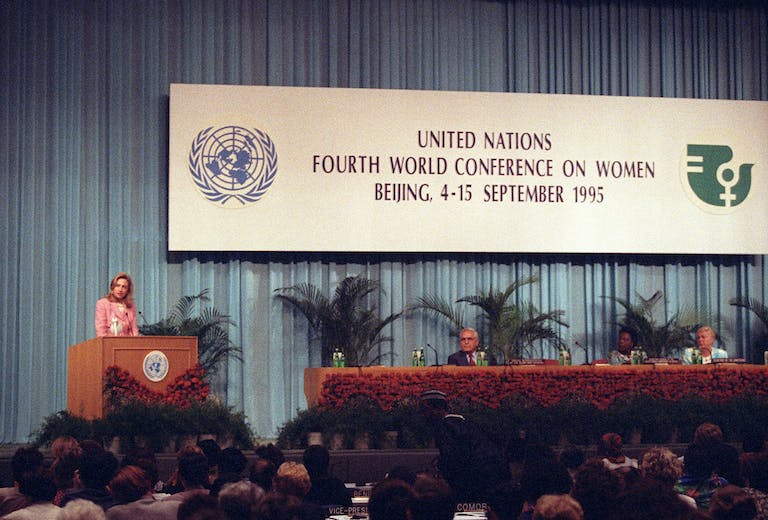 Progress towards gender equality has been fragile, slow, incremental and reversible. In countries in every region, girls and women are still more likely to be poor, illiterate, hungry, unhealthy, legally-constrained, politically-marginalized, and endangered by violence.

In recent years, a rise of autocracy around the world has led to growing anti-feminist sentiment and a weakening of women’s rights. Even in established democracies women’s bodily autonomy and sexual and reproductive health and rights have been curtailed. Political remedy is not close at hand. UN Women reports that women will not reach parity as heads of state of or as members of national legislative bodies until 2151 and 2063, respectively.

Meanwhile, the COVID-19 crisis exacerbated pre-existing gender inequalities, disproportionately impacting millions of girls and women. Women have lost jobs at higher rates, school closures have jeopardized girls’ education, and countries worldwide have reported an increase in gender-based violence. Before the pandemic, women already did three times as much unpaid care and domestic work compared to men. The pandemic has increased that burden.

Thus, at this challenging moment, the Generation Equality Forum offers a necessary opportunity to confront the regression, crises, and enduring structural inequalities that impede gender equality.

The agenda also include a Compact on Women, Peace and Security and Humanitarian Action, and an imperative to reflect across Action Coalitions the needs of adolescent girls and the challenges of COVID-19.

Following the historic Forums, which yielded an estimated $40 billion in pledged commitments, it is now imperative to fully implement commitments and measure progress towards collective goals. UN Women is designing an accountability framework, to be launched in September 2022.

There are still opportunities to join the Generation Equality movement: Action Coalitions remain open for new Commitment Makers, and stakeholders of all kinds are encouraged to get involved. Learn more here, and please reach out to us if you are interested in learning more about the GEF or how to make a commitment. 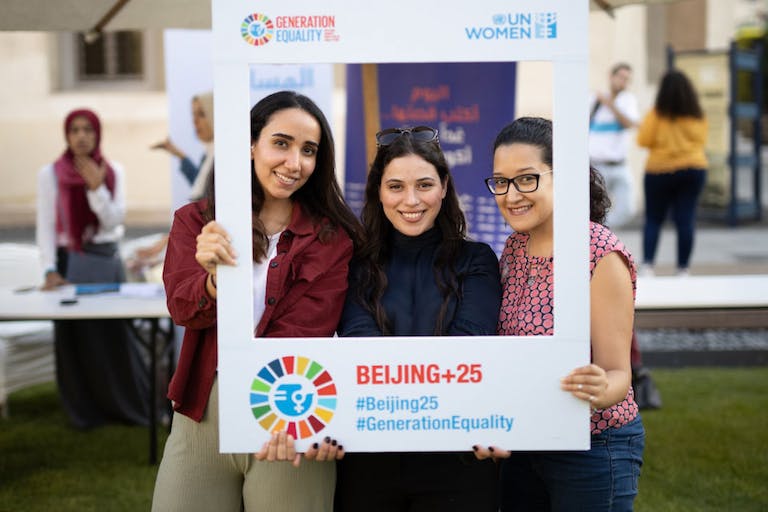