Zika Virus: What is the Global Community Doing to Respond?

Zika Virus: What is the Global Community Doing to Respond? 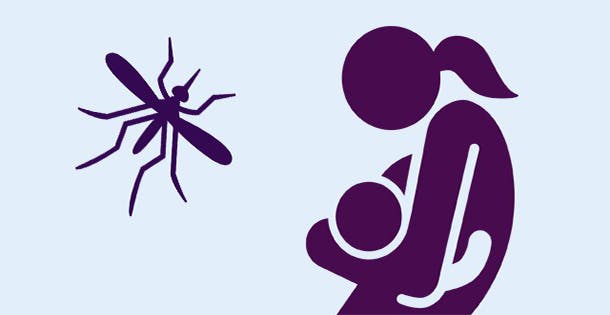 Zika virus is all over the news, and rightly so. A disease with no easy and fool-proof prevention strategy, and no known cure, has people in the Americas and elsewhere nervous, especially due to the likely link between the virus and the neurological disorders in babies born to mothers infected during pregnancy.

Although local and national governments and health organizations in Brazil and elsewhere have been focused on Zika since at least May 2015, on Monday, the international community took a big step forward to intensify action by declaring Zika virus’ association with birth defects in the Americas region a “public health emergency of international concern.”

As Zika continues to make news, what do you need to know about the virus and the public health community’s response?

Zika virus is a disease transmitted by bites from a type of mosquito, the Aedes mosquito, which also transmits the diseases of dengue, chikungunya, and yellow fever.

Zika can cause a mild fever and skin rash. Of great concern, the Zika virus has also been linked to microcephaly and other neurological abnormalities in babies when pregnant women are infected. Research is ongoing to definitively prove this link, but as Dr. Margaret Chan, the head of the World Health Organization (WHO) has said, “The level of alarm is extremely high.”

Since last May, when Zika first emerged in Brazil, more than 4,000 suspect cases of microcephaly have been reported in the country. Brazil’s total in previous years was only about 160 cases.

Zika virus has been found in Africa, Asia, the Pacific, and more than 25 countries and territories in the Americas region.

What is being done to protect people at risk?

WHO’s regional office for the Americas, PAHO, has been working closely with affected countries since Zika first emerged in Brazil last year. This includes helping: countries strengthen their abilities to detect the virus; gathering experts to assess current knowledge of the Zika virus; and supporting efforts to prevent spread of the virus. Presently, prevention depends on common sense measures to avoid a mosquito bite like using insect repellant, staying indoors behind screens and closed doors, and wearing clothing that covers as much of the body as possible.

Importantly, prevention also depends on emptying or covering containers that hold water, a strategy used by millions of people around the world who do not have access to piped water.

This virus is especially dangerous for pregnant women, so women who are pregnant or want to become pregnant should consult with their health care providers if they think they have been exposed.

What is the global community doing about Zika?

Mosquito-borne diseases like Zika virus are truly “problems without passports” that require cooperation among governments and sectors to keep people safe. This is especially important when there are no currently available universal prevention strategies – like a vaccine – and no known cures.

That’s why Margaret Chan, the head of WHO, called independent health experts together earlier this week to discuss how to come together as a global community to further accelerate the response and reduce the spread of the virus – leveraging a global platform called the International Health Regulations. At the group’s meeting on Monday, they advised that the recent cluster of microcephaly cases and other neurologic disorders reported in Brazil, following a similar cluster in French Polynesia in 2014, constitutes a “Public Health Emergency of International Concern” and provided concrete advice to global and local actors .

By coordinating our international response, we can enhance efforts to improve surveillance, including detecting infections, congenital malformations, and neurological complications. It also presents an opportunity to expedite the development of vaccines and improved diagnostic tests to protect people at risk, especially during pregnancy.

Fundamentally, the spread of Zika virus has also highlighted the need to make sure girls and women around the world have access to quality reproductive and sexual health care, including counseling during their pregnancies.

As Dr. Chan noted, there is a lot we need to learn about Zika, and it’s going to take a coordinated effort to tackle this threat. You can visit WHO’s website to get the latest updates on the response to the virus.