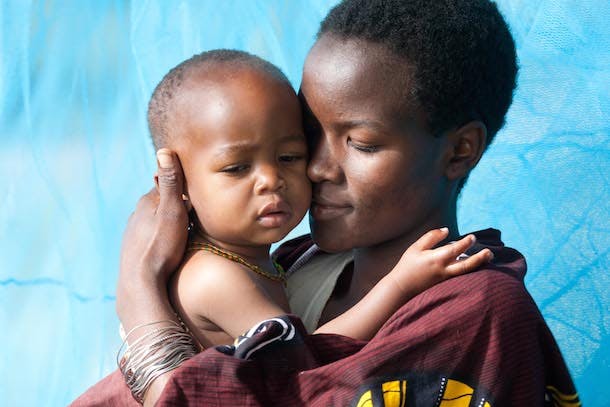 Editor’s Note: We’re re-sharing this post from December 2014 on where we are in the fight against malaria. This post was originally published on December 9, 2014.

This morning, the White House is hosting Nothing But Nets and other malaria partners and champions to celebrate historic progress in the fight against malaria and to launch the U.S. President’s Malaria Initiative (PMI) next six-year strategy to further reduce malaria deaths and decrease malaria morbidity toward the long-term goal of elimination.

In December the World Health Organization released the annual World Malaria Report, a catalogue of the latest results in the fight against malaria. This year’s report is evidence of the exceptional progress that has been made against the malaria since 2000. Here are five key highlights from the report:

Efforts to reduce and eliminate malaria are saving lives!

Between 2000 and 2013 malaria mortality rates decreased by 47% globally, and by 54% in sub-Saharan Africa, the region most affected by the disease. (Tweet this)

A record number of bednets were distributed and used in the last two years.

By the end of 2014, 214 million nets are projected to be delivered to families in sub-Saharan Africa; this is the highest number of nets delivered in a single year ­­- EVER. (Tweet this)

While this progress is impressive, an estimated 278 million people in Africa still live in households without a single insecticide-treated net. In the coming years, more nets will be needed to cover this gap and to replace those which reach the end of their effective lifespans of three years or less.

We are reducing and eliminating malaria transmission in several countries.

The malaria target under United Nations Millennium Development Goal 6 has been met, and 55 countries are on track to reduce their malaria burden by 75%. (Tweet this)

According to the latest estimates, there were 198 million cases of malaria, resulting in 584,000 deaths globally in 2013. The burden is still greatest in sub-Saharan Africa, where an estimated 90% of all malaria deaths occur, and in children under age 5, who account for 78% of all deaths.

Increased political and financial commitments to fight malaria are essential to continued progress.

Since 2006, the UN Foundation’s Nothing But Nets campaign has worked closely with its UN partners to deliver more than 7.5 million nets to families across 29 African countries. And our partners and supporters are advocating for support for the Global Fund to Fight AIDS, Tuberculosis and Malaria and the President’s Malaria Initiative. This funding should not be taken for granted – Congress needs to know that you stand behind the fight against malaria.

Share this report with your friends and tell them you support the fight to #endmalaria.