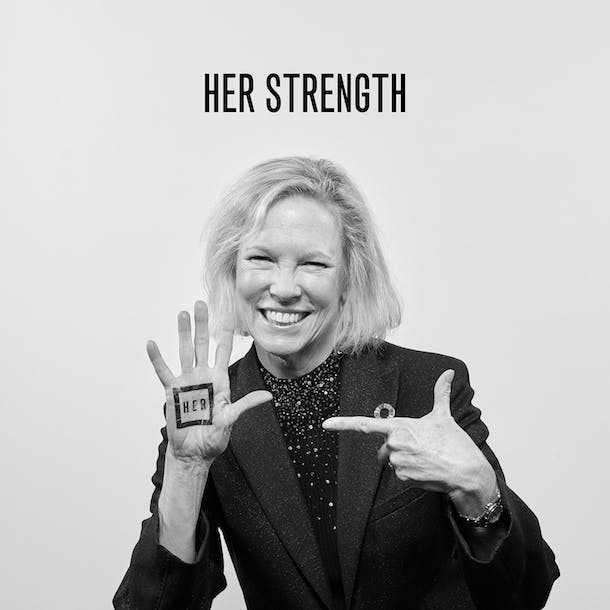 Last month, global leaders convened at the World Economic Forum in Switzerland, where more than 400 panels over four days covered topics from economics to electronics to global health and security. Below are six must-know global health advances from the forum.

The Global Fund to Fight AIDS, Tuberculosis and Malaria and its partners introduced the HIV Epidemic Response (HER) Initiative – a project aiming to raise additional capital to expand and improve HIV and AIDS prevention programs for girls and young women by engaging the private sector. HIV disproportionately affects adolescent girls, with nearly 7,000 girls infected with HIV every week and most cases occurring in East and Southern Africa.

HER is working to reduce the number of adolescent girls and young women infected with HIV by 58% in 13 African countries over the next five years – an ambitious target. The HER Initiative supports a girl-centered and rights-based approach to programs. Peter Sands, the Executive Director of the Global Fund, said of HER: “Effective programs to prevent HIV must address what drives new infections: poverty, lack of education, gender inequality, violence. Investing to end the epidemic is an investment in healthier societies, and the business community has a vital role to play.”

The Access to Medicines Foundation shared the first-ever assessment of pharmaceutical companies’ role in combatting antimicrobial resistant infections, commonly known as superbugs. If left unchecked, antimicrobial resistance (AMR) has the potential to kill 10 million people annually by 2050. The study found that pharmaceutical companies are tracking the spread of superbugs, developing new drugs, de-incentivizing antibiotic sales, and limiting antibiotics in factory wastewater. The new benchmark named GSK and Johnson & Johnson leaders in the fight against drug resistance.

The global health community has now entered a new development and financing era focused on public-private partnerships and results-based financing of health care and development efforts.

Results-based financing in a global health context changes the way that organizations are awarded money: Rather than, giving a clinic money for the number of polio vaccinations in stock, it rewards health facilities for the number of children vaccinated against polio. A promising financing model is the Development Impact Bond (DIB) – focused on funding outcomes and shifting the risk of failure from governments to investors. The first DIB in global health, the Utkrisht Impact Bond, will help 440 private health facilities in Rajasthan, India meet new government quality standards and ultimately give them the tools to provide quality care in the long-term. The UBS Optimus Foundation will fund the bond up-front and HLFPPT and PSI (both private nonprofits) will use the money to help the facilities improve care to achieve national accreditation. Then, if certain targets are met, USAID and Merck for Mothers will pay back the investment to the UBS Optimus Foundation. Within five years, this effort has the potential to reach up to 600,000 pregnant women, saving the lives of 10,000 women and newborns.

RMEI will support the implementation of malaria elimination plans in the Dominican Republic, Belize, Costa Rica, Honduras, Guatemala, El Salvador, Panama, and Nicaragua. Funds provided through the Carlos Slim Foundation will enable the initiative to explore expanded support in Mexico and Colombia. Efforts to control malaria have reduced malaria cases in Central America by more than 90% since 2000. The World Health Organization reported 40,277 confirmed cases of malaria in 2016 in Central America, the Dominican Republic, and Haiti. Recognizing this significant reduction in cases across the region, the RMEI aims to ensure malaria elimination remains a top health priority.

Rwanda has partnered with the World Economic Forum’s Fourth Industrial Revolution to design performance-based drone regulations that specify safety standards for all drones operating in Rwanda. These regulations are the first of their kind and will foster public-private partnerships like the one between the Rwandan government and Zipline and allow them to scale up from small pilot programs to more robust programs with greater impact. Drones are now only being used on a national scale in medical supply chains, but have the potential to aid other development areas in the future. Tanzania announced plans to launch its own medical drone delivery system with Zipline this year.

Climate change tops the list of global threats, according to the World Economic Forum’s 2018 Global Risk Report. Environmental and climate uncertainty affect our lives in myriad ways. Approximately 90% of the world’s population lives with polluted air, leading to one-tenth of the world’s deaths. Wildfire burn in the U.S. was at least 46% above the 10-year average; in Chile, wildfires burned for eight times longer than average; and in Portugal, wildfires claimed upwards of 100 lives. Oceans are filling with plastics and people eating seafood could be ingesting up to 11,000 pieces of micro-plastic every year. In 2017, parts of Europe, Asia, and Africa experienced record high temperatures. Globally rising temperatures and frequent heatwaves don’t just melt the polar ice caps, they endanger agricultural systems, increase famine, and make the effects of hurricanes more devastating.