By Elizabeth Cousens on February 2, 2017 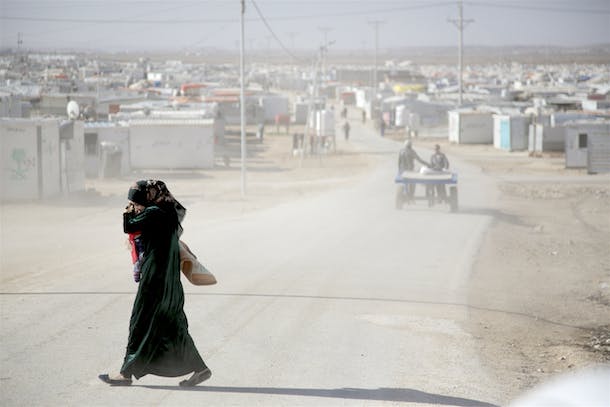 Editor’s Note: On March 6, 2017, the U.S. Administration released a revised version of the Executive Order on “Protecting the Nation from Foreign Terrorist Entry into the United States.”  The United Nations Foundation has issued a statement reconfirming its commitment to working with the United Nations to stand with refugees and to champion the values, principles, and international frameworks that help refugees receive life-saving assistance and protection.

No one wants to be a refugee. Today, more than 65 million people, including over 21 million refugees, have been displaced worldwide by conflict and violence – the highest level since World War II. Refugees include survivors of violence and torture, children, and victims of persecution. They are families who have fled terror, children in desperate need of medical attention, and people who cannot go home because their faith, ethnicity, or identity put their lives at risk.

The United States helped build the refugee regime we have today that has protected, resettled, or safely returned the displaced since 1945. The U.S. has been a leader in refugee resettlement, welcoming over 3 million refugees from all over the world since 1975 and showing the world that opening our doors to the most vulnerable is a responsibility we all share, as well as a humbling privilege.

The vast number of refugees, of course, do not come to the United States. By an overwhelming margin, refugees resettle in countries, usually developing and often fragile themselves, that neighbor the land they fled. Refugees now make up approximately 20 percent of Lebanon’s population and 10 percent of Jordan’s population. In the past two years, more than 1 million refugees have poured into Germany. In the same two years, the U.S. has resettled 155,000 refugees – a smaller number that nonetheless sends an important message that the United States is committed to sharing responsibility with those countries shouldering the greatest burden of refugee flows.

In return, the U.S. has benefited from the entrepreneurship and dedication of refugees who have embraced America and built businesses, raised families, and become active members of their communities. We have reinforced our most deeply held values. And we have enhanced our security: Cooperating with other countries to share the task of helping the displaced has been a bedrock of regional and global stability for over 70 years.

Late last Friday afternoon, the U.S. Administration took executive action that, among other measures, halts or calls into question the admission of refugees into the United States for 120 days and prevents entry into the United States of all individuals from seven Muslim-majority countries – Iraq, Syria, Iran, Libya, Somalia, Sudan, and Yemen. Syrian refugees are subject to an indefinite ban. The United Nations Refugee Agency (UNHCR) estimates that 20,000 refugees could be affected. The order’s full provisions stand to affect over 200 million individuals.

This action has generated much confusion, fear, anger, and debate:

None of these are simple issues, and we live in a complex time. But here is where we stand:

As an organization that supports the United Nations’ work to secure the rights and dignity of all people, the United Nations Foundation stands with refugees and the values, principles, and frameworks that uphold them. The Executive Order on “Protecting the Nation from Foreign Terrorist Entry into the United States” threatens these values. It puts the world’s most vulnerable at risk, has an immediate and detrimental impact on global refugee resettlement and protection efforts – including the work of UNHCR – and renders Americans less, not more, secure. In recent years, some countries have begun to disregard their obligations to refugees; if the U.S. shirks from its leadership role, more may be emboldened to follow.

UN Secretary-General António Guterres recently raised the alarm: “I am also particularly concerned by the decisions that around the world have been undermining the integrity of the international refugee protection regime. Refugees fleeing conflict and persecution are finding more and more borders closed and increasingly restricted access to the protection they need and are entitled to receive, according to international refugee law.”

In the face of vast human suffering and instability, the UN has focused much-needed attention on the displaced in recent years, including the first-ever World Humanitarian Summit last year, the September High-Level Summit on Refugees and Migrants, and a historic commitment by world leaders in 2015 to “leave no one behind” through the achievement of the Sustainable Development Goals by 2030.

American leadership is indispensable to translating that attention into practical action. American values are upheld when we help families in their greatest hour of need. And by ensuring every person can live in safety and dignity, we create a safer world for Americans and for all people.

For more than 130 years, we have had a statue that has stood as a beacon to the tired, the poor, and the persecuted. It has always been a powerful symbol of American leadership in the world, and it needs to strengthen our resolve today.

The UN Foundation will continue to stand with the UN, with U.S. leadership to support refugees, and against discrimination in all its forms.